Rich People In Pakistan Are Keeping Exotic Animals In Homes|Parhlo.com

Rich people in Pakistan tend to keep exotic animals in homes. Many of these animals are nothing but mantelpieces created to boost the egos of the owners.  Within those wealthy individuals exists the 29-year-old Bilal Mansoor Khawaja that owns his own ‘personal zoo’ where he keeps all such wild and exotic animals captive. 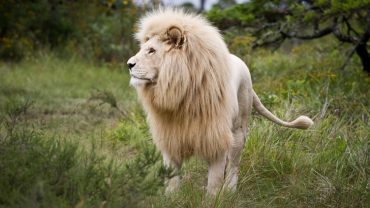 Khawaja mentions that there are about up to 300 lions just within Karachi. These are wild animals that cannot survive anywhere outside the jungles. So, keeping such exotic animals in homes as pets or training them to be domestic is quite impossible. Importing of such animals is becoming easier by the day in this country. Considering that a little wealth always topples over people, these animals are victims to remaining in close environments away from their homes.

“These are… (some) of the rarest animals, I own,” mentions Khawaja. He believes Pakistani people have a certain problem, “We Pakistanis have a problem: where our heart is soft, it’s very soft. Where it’s hard, it’s very hard,” Khawaja adds.

Moreover, he calls his collection as the ‘crown jewels’ reducing them to mere objects through the name only. No matter how nicely one might treat a wild animal outside its habitat it will always yearn to go back. Lions are not meant to be trapped in cages or gardens. They are dangerous beasts that should be set free. Many animal rights activists mention that what the rich are doing with these animals is just their privilege showing.

However, he ensures that the animals are safe. There are 4 vets and more than 30 people catering to the animals. The whole process is quite expensive. Keeping these animals well fed and secured is a hearty task yet he believes that all of it is worth it. “With every injury my love for these animals… grows more,” he mentions. 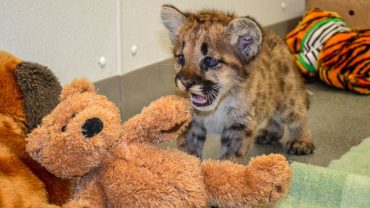 His nine-acre property full of animals including multiple exotic ones, is his prized possession. According to one of the top importers of exotic animals Aleem Paracha, delivering these animals is easy if you have the money for it. The concept of exotic animals for sale is becoming common. Not to mention, there are breeders all around Pakistan that can also successfully provide you with lions.

Even though keeping these animals in these conditions is extremely damaging but Khawaja believes that what he does is correct, “A lot of animals, either they’re extinct or they’re on the edge of being extinct,” to further add, “I don’t want the next generations to not see these animals.” This is his justification regarding the exotic animals kept in homes.

Despite the fact that law argues to keep such animals safe yet considering our country whether someone follows the rule or not is just a matter of seconds. Just as if humans would not appreciate being locked in a cage and away from their natural world, so would the lions and other wild animals. It is true that once you have enough money to support your luxurious lifestyle in Pakistan then it is difficult to keep it at a halt….but that is no excuse.

What do you think of the situation? Can justice be served for the exotic animals kept in homes rather than their their habitat? Share your thoughts!

BJP Mahila Extremist Leader Says Hindu Men Should Gangrape Muslim Women And India Has Become Hell!
Ali Noor Might Need A Liver Transplant After Being Diagnosed With Hepatitis-A And He Needs Our Prayers!
To Top