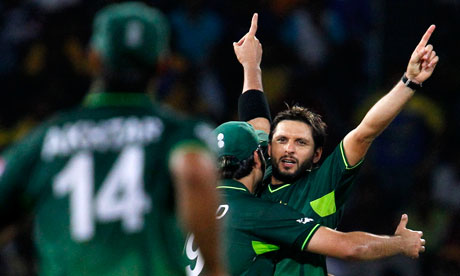 ‘Boom Boom’ Shahid Afridi is a legend, whether people agree to it or not. His remarkable record of combative bowling, barbaric batting and exceptional off the field performance, it is safe to say that the iconic Shahid Afridi will always top the BOOM BOOM charts.

After completing almost two decades of his cricket career, today he stands at a point where the country fears he is near to losing spirit, but this article is a reminder to all those falling in despair, that Afridi’s match winning record cannot be forgotten whatsoever.

No one can forget the number of world records this man has made.

In appreciate to the player’s exceptional contributions to international cricket, here are some memorable highlights from Afridi’s career that will win your heart once again;

4. One of the most memorable match winning performances

Also See: Why I won’t be cheering for Shahid Afridi VS Why I Will Always …