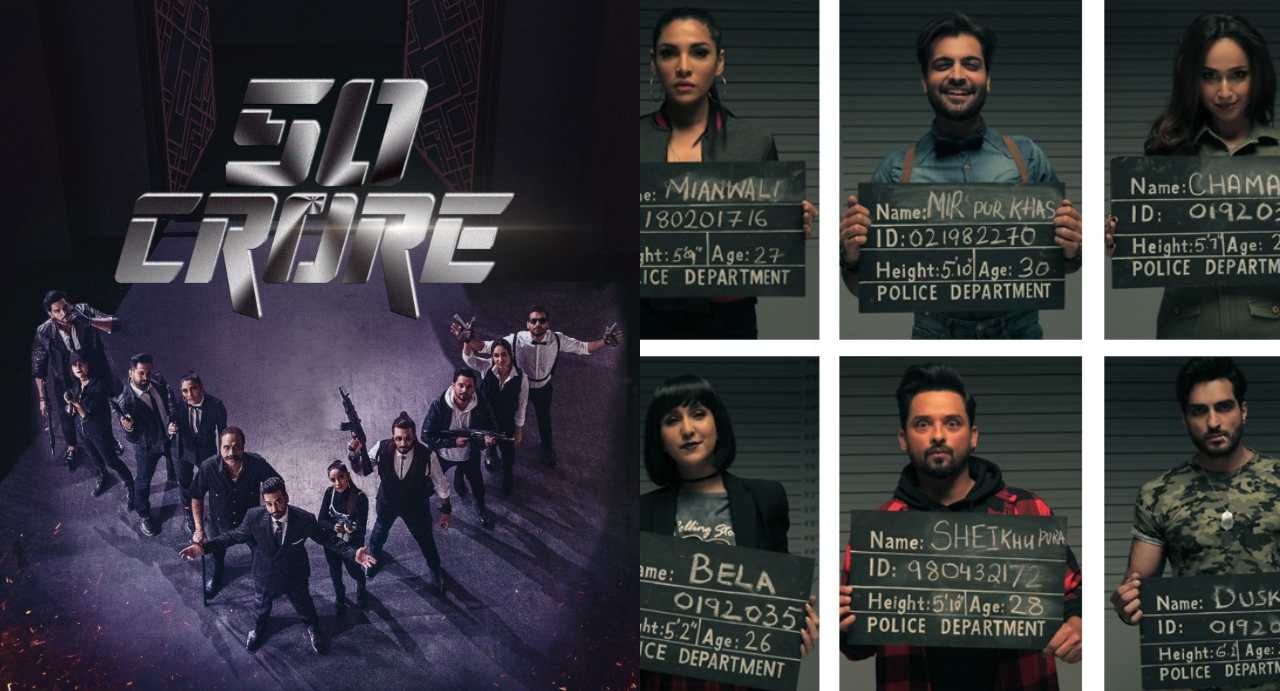 While COVID outbreak has affected economies all across, the film industry was also left with a huge impact due to closure of businesses and lockdown. With the things going back to new normal, we are observing activities in Lollywood with Quaid-e-Azam Zindabad gaining traction to hit the screens in December, 2020. Recently, we have heard news of Pakistan’s top television stars line up for one of a kind blockbuster production, which seems like another hit in Lollywood named 50 crore.

The poster of the film was released today by unknown sources and discloses the name of the working title of the film “50 Crore”.  Pakistan’s top stars including Faisal Qureshi, Ijaz Aslam, Saboor Ali, Zalay Sarhadi, Faryal Mahmood, Asad Siddiqui, Naveed Raza, Mehmood Aslam, Noman Habib, Anoushey Abbasi and Umer Shehzad were seen on the set of what looks like an action-packed blockbuster set to hit the screens very soon in 50 Crore!

We were also able to grab some teasing poster shots of a mugshot scene from the movie which discloses the naming convention of each character.

While speaking to the director about the inspiration taken from world famous TV series Money Heist, he said, “We understand the similarity with the internationally renowned series but for us it is much bigger than that. We are not just inspired by the story lines of the western movies like Oceans Eleven and other similar hits but are also extremely thrilled to bring a similar concept to the Pakistani film industry”.

The producer has yet to disclose the release date of the film while the audience stays anxious about this star cast coming together.