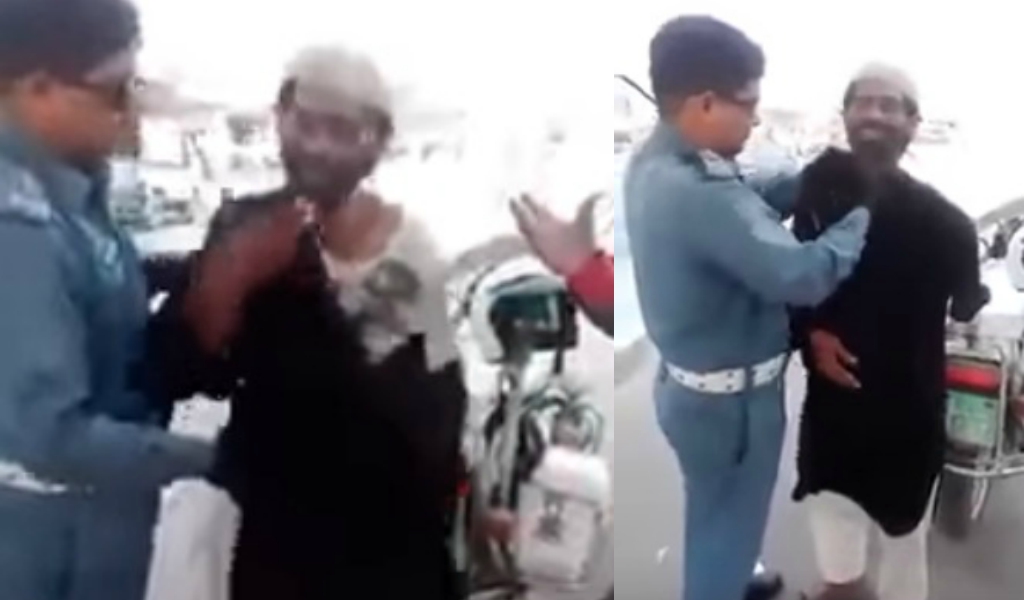 You may have seen them everywhere you go and in every corner of the street. Their apparently pitiful existence and pleas for money attract the liberality of many passers-by and a majority of them, even fall for them. But, some of these beggars are making so money out of this that they are not homeless at all, police have revealed. These beggars who pretend to live on the street, make more money than hard-working professionals.

The count of these beggars are increasing day by day and even little children from the age of 4 to 5 can be seen on the streets begging for money, food, slippers and what not.

In the video, shared on Youtube, a traffic warden in Lahore caught a beggar who looks as if his hand has been amputated. He was caught by tucking his hand inside his clothes.

Watch the video below:

We think what the traffic warden did was absolutely appropriate and it was much needed. It is high time we let enlighten people of such beggars and how they’re taking the people and the system for granted, by fooling them.

The donations we give are meant for real seekers and who are in real need. Due to this, the ones who are in actual need – suffer. Even if they join the lobby of fake beggars (keeping in mind how needy they are), they have to a give a decent amount of their earning to those who control them.

The situation can be prevented if certain things can be practiced. For example, one can hire the beggar as a house helper so he or she could earn a monthly wage by doing chores instead of just begging for it.

What are your thoughts on this? Have you encountered something like this before? We would love to know your story!

Armeena Khan Destroys Her Haters Through This Powerful Instagram Post
Here Are the Best Reactions of People on Yesterday’s Pakistan vs. India Women’s World Cup Match
To Top