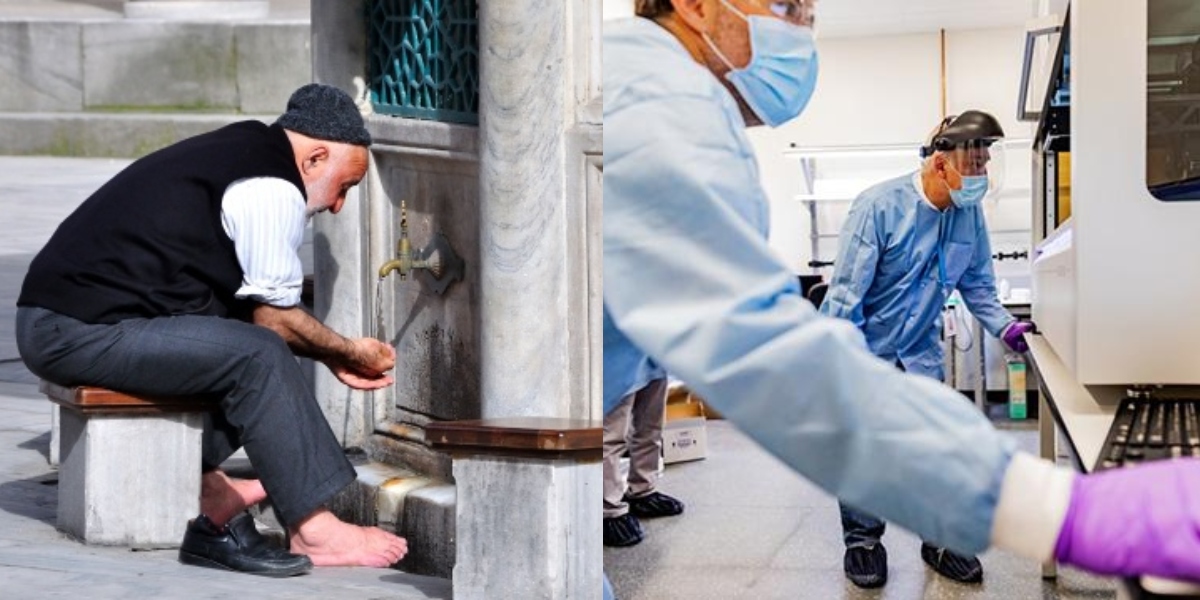 Before offering their prayers, every Muslim across the world performs ablution (wudhu). It is a simple and obligatory pattern of washing one’s body parts through which they can start their prayers.

This practice has been followed by Muslims since the last 1400 years. However, this pattern of washing the body parts has now become an essential area of study for scientists all around the globe, specifically after the COVID-19 pandemic. Scientists are now claiming that ablution is medical protection that Muslims apply to their bodies.

According to a study conducted in the UK, the Islamic practice of Wudhu (Ablution) five-times-a-day before prayers may well have played an essential role in preventing the spread of COVID-19 in British Muslim communities.

Wudhu and the coronavirus

This study was conducted by Professor Richard Webber from Newcastle University and former Labour Party politician Trevor Phillips. The research revealed that Muslims in the UK may well be at a lower risk of the deadly pandemic as they clean themselves five times a day. 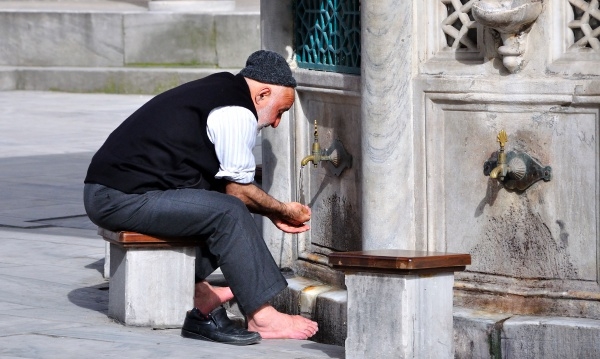 The study suggests that frequent hand washing as a result of performing Wudhu five times a day might have saved many Muslims from contracting coronavirus. According to the research, some ethnocultural habits of Muslims similar to isolation could well have saved them from the global pandemic.

Phillips also added that low employment, specifically of Muslim women, might have contributed to controlling the spread of the COVID-19 virus in areas where there are significantly greater numbers of Muslims. He added only 30 percent of British Muslim women are employed. Lack of employment results in less use of public transport.

“Maybe there is a revelation to be had here; if one key to stopping transmission of the virus is hand washing, might a faith community many of whose members ritually wash before five-times-a-day prayers have something to teach the rest of us?” said Phillips. 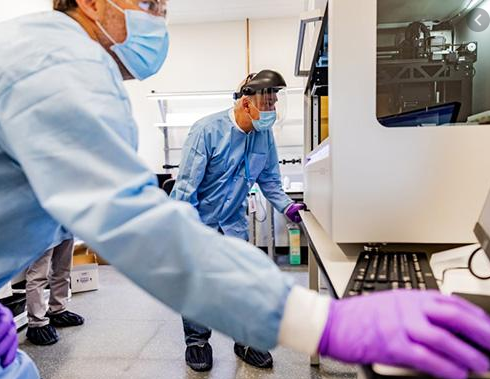 The study digs deeper into the COVID-19 hotspots throughout the UK. Some of the findings have revealed that the areas with a high concentration of Muslims are not included in the top lists, even though areas with high Black and Ethnic Minorities (BAME) are the worst-hit.

Muslim majority areas in the UK less affected by COVID-19

Phillips gave an example of Tower Hamlets, an area in central London. Tower Hamlets has more than a third Muslim population and is surrounded by coronavirus hotspots. However, the area appears to be saved from COVID-19. The total number of COVID-19 cases in Tower Hamlets is 548. On the contrary, neighboring areas such as Newham, and Southwark have 859 and 1075 cases respectively.

While it cannot be deduced whether cultural practices followed by Muslims have protected them from COVID-19. However, the findings of the research do indicate that Muslims have been less affected in several areas of the UK.

The fact can’t be denied that in every Islamic ritual, there are various hidden scientific benefits. Researchers around the world are now admitting these benefits. Muslims are indeed blessed with Allah’s undeniable wisdom.

Men Of Few Words: The New 7up TVC Explores The Unique Relationship Between A Dad And Son.
It’s Ramadan Time. Get Ready To See Your Favorite Celebs In Holy Avatars
To Top