The Real Mount Of Moses Is Located In Saudi Arabia, Research Reveals

As per scriptures, Moses received God’s Law on Mount Sinai. Presently many believe it is located in Sinnai Pennisula Egypt. The place is scared for all the Abrahamic religions – Islam, Judaism, and Christianity.

While the authenticity of the Bible remains a perplexing issue, many are still working to balance biblical accounts with real figures and places. The holy Mount Sinai, for example, has been named in numerous locations, including many on the Sinai Peninsula, and in the Negev Desert and Jordan. 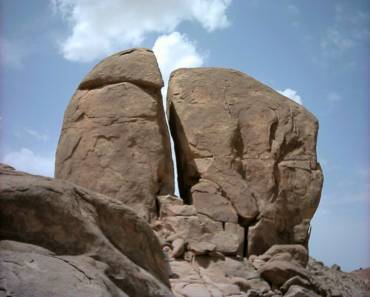 However, recently many researchers and scientists have claimed that the real Mount Sinai is located in Saudi Arabia. Although many are not certain about religion and religious scriptures in today’s world, many scientists did thorough research.

The exodus story documents each step of the journey from Egypt to Mount Sinai, via the 40 years of desert wanderings, to the promised land by Joshua.

Some versions of these places have led to the result that the mountain is in Egypt’s Peninsula, but an Arabian location for Mount Sinai is absolutely credible after mapping out biblical locations.

The research on the Mountain Of Moses

The ‘Doubting Thomas Research Foundation’ has made a documentary on real mount Sinai Or Mountain of Moses is in Saudia Arabia.

Besides, the researchers at the foundation have also proved that real mount Sina is located in the Saudi Kingdom. A documentary maps out and explains all the biblical locations are matching with sites in KSA.

Deuteronomy 1:2 states that “Kadesh was an eleven-day journey from Mount Sinai by the way of Mount Seir. Many Bible maps place Kadesh at what is currently Tell el-Qudeirat.”

As per the research of the Doubting Thomas Research Foundation:

“Recall that Deuteronomy Chapter 1 locates Kadesh-Barnea as an eleven-day journey from Mount Sinai by the way of Mount Seir. As the crow flies, the distance from Jabal Maqla to Petra is about 188 kilometers or 117 miles.

On the contrary, from the traditional site in the southern Sinai Peninsula, the distance is almost 250 kilometers or 154 miles. Not only is the distance longer, but this site is also in the heart of the wilderness, and is much further away from any ancient roads than Jabal Maqla (as the ancient city of Midian is a short distance from this mountain). This fact would have made this journey even longer than regular road travel.

However, even if one locates Kadesh-Barnea at modern-day Tell el-Qudeirat, an Arabian Mount Sinai certainly does not necessarily become implausible.

From Jabal Maqla to Tell el-Qudeirat, the total distance is 268 kilometers or 166 miles. A further distance, yes, but not completely impossible.

Based on the above information, it is our position that Kadesh-Barnea was in very close proximity to Petra. Its true location is still somewhat obscure because of the amount of time that has passed, but with Josephus’ and Eusebius’ accounts, the Biblical accounts, and mapping of the locations, we maintain these key Biblical location points to Mount Sinai in Saudi Arabia.”

Dr. Charles Whittaker has claimed the biblical Mount Sinai, the holy site where Moses received the Ten Commandments from God in the Book of Exodus, is at the east of the Sinai Peninsula, Saudi Arabia.

The professor actually has moved a pivotal site for Judaism into the country where Islam was founded.

He has alleged in a thesis that Jabal al Lawz, a 2,580-meter mountain located in northwest Saudi Arabia, matches the account of the divine Mount Sinai “better than other” places.

Dr. Charles Whittaker has used biblical stories as an important reliable record to discover the whereabouts of the mountain. He has mentioned “the presence of rock art, structures, and various topographical distinctive” in the region of Jabal al Lawz as testimony supporting his claim.

“By looking at the likely routes to and from an Arabian location for Mt. Sinai, while acknowledging the most archaeologically sound locations of key stopping points and landmarks, one can construct feasible routes in line with Scripture to Jabal al Lawz, as the best candidate for the sacred mountain”, says the doctor.

However, recently, a Cambridge professor has also confirmed, Mount Sinai, an active volcano as per the professors, is located in Saudi Arabia and not in the Sinai Peninsula Egypt.

According to Prof Colin Humphreys of Cambridge University, Science also supports traditional beliefs that the Israelites’ exodus from Egypt was driven by Moses, about the way that the Bible says it.

Prof Humphreys, a churchgoing Baptist, and matters investigator describe his thoughts in his pending book: The Miracles of Exodus: A Scientist’s Discovery of the Extraordinary Natural Causes of the Biblical Stories. 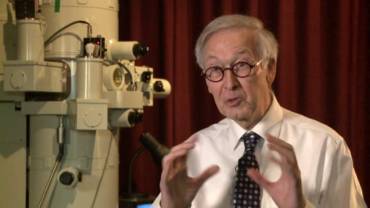 Professor Humphreys argues the holy mount must have been the present-day Mount Bedr in north-western Saudi Arabia. Besides, he thinks near Mount Bedr, Moses felt God’s call at the “burning bush”. He implies this has been generated by flammable natural gas or volcanic gas emerging from the earth.

Prof Humphreys about his book:

“If my book is correct; and I believe the evidence is very strong, then world maps will need to be redrawn to relocate Mount Sinai. History books, travel guides, and biblical commentaries will need to be rewritten. What I have found is that the events of the Exodus are even more dramatic than is generally believed. The Exodus of the ancient Israelites from Egypt really is one of the greatest true stories ever told.”

Hence, the research works of prominent researchers, clearly exhibit the real Mount of Moses is located in Saudi Arabia. The country is the key place of Islam which is the religion of peace. Meanwhile, the mount is the site, which is also scared for all the Abrahamic religions. If their research proves right, the world has to redraw maps, the whole geology and geography of the world will be changed.