What Is Chai For Us Pakistani’s? Is It A Beverage, A Feeling, A Friend?

Well, whatever it means to you but one thing is for sure, the ‘Goraas’ who introduced us to this elixir and then literally forced us to fall in love with it, could never ever have perceived its current importance in this land.

Chai for me is a three-course meal in itself. The first sip , like an appetizer, stimulates one’s ever-present need of it. Then there is the Main Course, taste to your palate , soothing to your nerves, propelling you to make it last as long as you possibly can. And then similar to a dessert, the last few sips, leave you with a craving for more along with a feeling of satisfaction and fulfillment.

As time passed people changed, thoughts changed, fashion changed but one thing stood the test of time, Chai. Black and White TV’s transformed to colored Led’s, Big bulky desktops were replaced by sleek laptops, Amir Liaquat became the Modern Tariq Aziz, A hostile Shoaib was replaced by a calm Rahat, Pakistan became a democracy (sort of) but Chai retained its persona that it always had.

Although a portion of the elite tried to recreate its ‘Romance’ with Coffee, tried to make Coffee a Status Symbol , but soon realized that a thing that Bitter and the comforting feelings of love are in two parallel universes. And Restaurants like “Chai Khaana”, “chai shai” and “chotu chaiwala” are a few example of that.

Coffee comes in different types, Mocca, Latte, Black etc but Chai is just Chai and that is probably what sets it apart. Chai isn’t limited to a few flavors, rather it can give you the feeling you truly desire. A cup in the morning will motivate you , prepares for the upcoming grind. After the whole day’s labor, Chai will soothe you.

Whether its Chai with Pakoras after rain or at a Reunion, whether you are ill and having ‘Joshanda’ with Chai or you are in Modern Dhaba having a Naan with it, one thing is for sure, Chai will never ever disappoint you. Since I was almost 10 or 12 years of age I have heard from a lot of different people that although the English had left subcontinent but their heritage ‘Cricket’ ‘English’ and ‘Tea’ are still here. And as I live in a country where 98% people follow ISLAM and 99% follow Cricket, I am writing this piece about ‘Chai’ that too in English , I would consider it to be true. 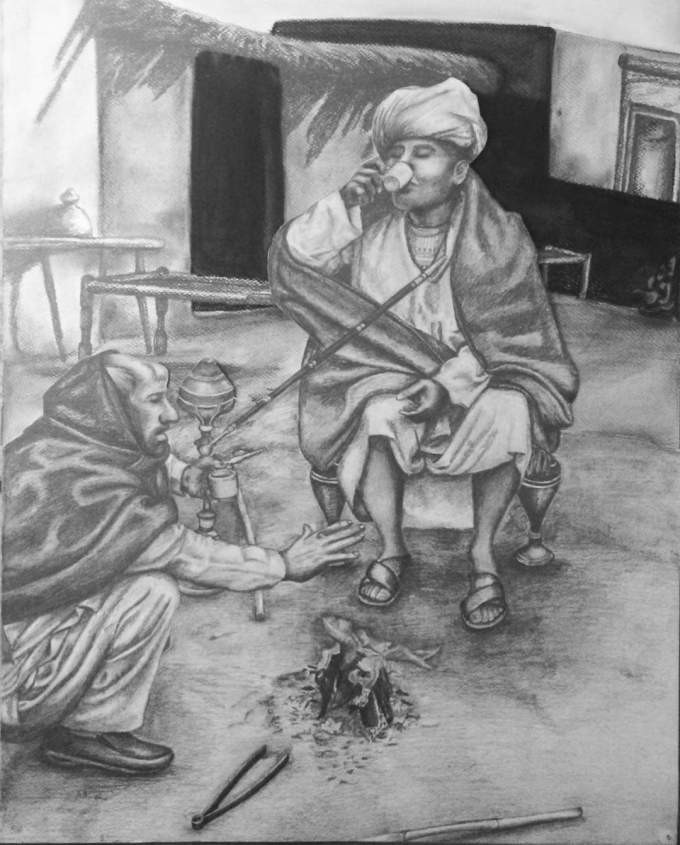 And as I live in a country where 98% people follow ISLAM and 99% follow Cricket, I am writing this piece about ‘Chai’ that too in English , I would consider it to be true. I would just like to sum it up with a famous Dialogue from the Hindi Movie Lagaan in which the British Officer says:
“Tum Saala Ghulam Loag Hamesha Hamri Jooti K Neache Hi Rahe Ga”. Well, I am not sure about Jooti but I will forever be in your debt for Chai.

Ahmadi Mosque Set Ablaze As Pakistan Celebrates Eid Milad-un-Nabi!
8 Types Of People You See In A Group Chat Who Will NEVER Stop Annoying You!
To Top