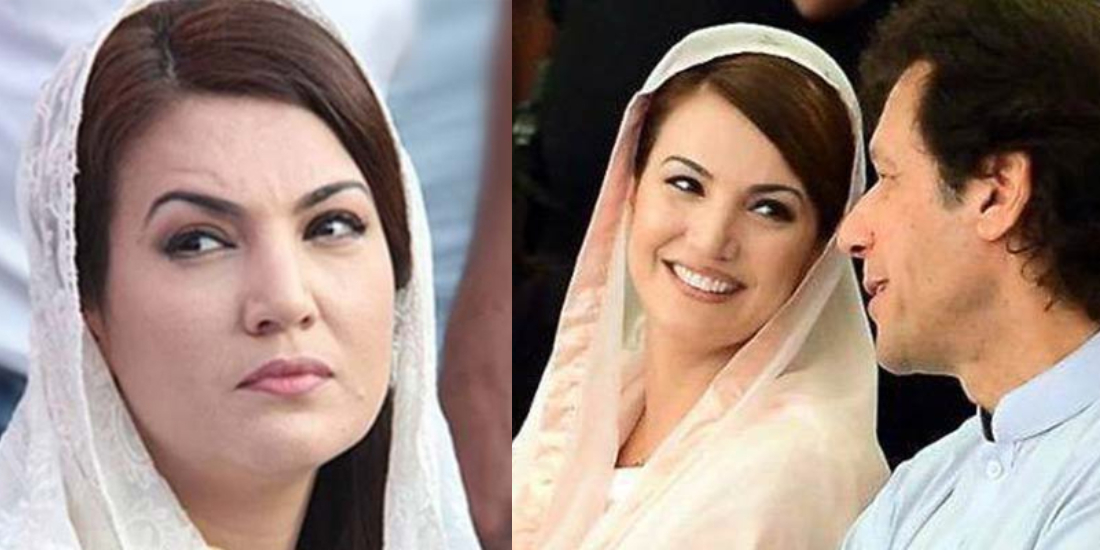 Reham Khan after her “libelous” book being published, is now all over the media. Well, she was never off media. Reham was not a big name to any Pakistani until she got married to “Imran Khan”. It was kind of a breakthrough for her. Reham was a journalist who was born in Libya. So, yeah! Not everything that’s available on Wikipedia is true. Okay? She’s not a Pakistani born journalist.

Reham is neither a Pashtun. Yeah! She ain’t a Pathan. Her ancestors belong to “Hazara clan”. Again, not everything on the internet is not true. Thank us later. Now, after putting these facts down, here’s something that, too, could be or could not be true. Reham Khan wrote the book which was being talked about all over the world. It wasn’t the book itself but the content of the book that was making it something different than any other biography.

Now, after her book has FINALLY been published; she’s been busy with interviews on every famous platform, you name. So, a few days back, she gave an interview to “The Sunday Times” where she again said something about Imran Khan that shocked people beyond belief.

She said that Imran Khan is so spoilt that he doesn’t even know how to use a cashpoint or a microwave. She also mentioned that “A hypocrite who will do anything to get power.”

She once told him, “You are like Rapunzel in the tower- you have no connection to the real world.”

What’s even shocking? THIS!

She said that Imran Khan thinks he’s the God! She claimed that she married him because she believed in his ideology and ways but it was all fake.

She wrote all the personal details of Imran Khan in it and not just him but about his family too; his son, sisters. But this is not it. She wrote about so many other people she met during or after her marriage with Imran Khan. Like Wasim Akram, Shahrukh Khan. About Wasim Akram, she went a little too far and broke the very thing of ethics. She revealed something very personal about him and his late wife; true or untrue still unsure.

PTI’s spokesperson said that they cater to all the claims and allegations correctly after the elections. Let’s see who wins, during and after elections. The drama continues.

These Videos Of Imran Khan Pushing The Party Workers of PTI Are Raising A Lot of Questions
These Cafes in Karachi Are Offering Complimentary Goodies If You Vote And You Need To Avail Them All!
To Top