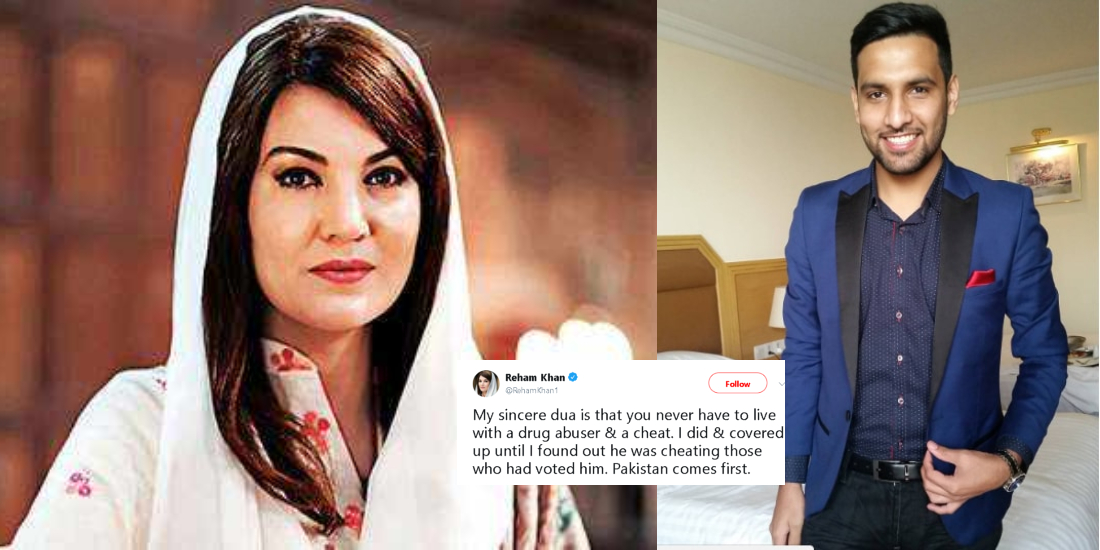 Last month has been a rollercoaster ride in terms of politics. All the political parties were up and awake for the campaigns because elections were near. Apart from that, there were people who weren’t involved in politics but were more politically charged than ever. Twitter you know! Lol. Yeah, it’s Reham Khan that we are talking about. She was very active after the news broke that Imran Khan got married for the third time. Pictures started leaking of his nikkah and boy, oh, boy, Reham was on fire! Technically, she has no business in Imran’s third marriage, but she took it upon herself to expose how they both were married for quite long and only now they have announced it.

Well, this is just not it. Everyone already knows how her libelous book got published, days before elections. The book contained content that was totally anti-Imran and his family. People claimed that it was a propaganda well planted by Reham but oh, well! What can be said?! Throughout all this chaos, Imran Khan stayed quite. Only once he spoke to the media about Reham and showed his regret that how it was his “worst” decision to marry Reham!

Well, there are other people who said something about their chaotic marriage

Zaid Ali the famous Pakistani-Candian comedian and Youtuber, just said something after being fed with enough of Reham Khan’s rant about Imran Khan.

This is his only dua! So is everyone else’s lol!

My sincere dua is that you never have to live with a drug abuser & a cheat. I did & covered up until I found out he was cheating those who had voted him. Pakistan comes first. https://t.co/2193EkdJSU

This one guy said something which made poeple say, “WUT?!!”

I agree to u ppl with some extent but yar izat karlo thori si ye b aurat hi hai aisko khud nahi parwa but phr b …. doesn’t look gud

Hahahah! This is VERY relatable

Welll… The ugly game of politics. This is never-ending. It is like a vicious circle! Hope the new found government will form  “Naya Pakistan” in good shape. What do you guys think? Let us know in the comments below. 😉