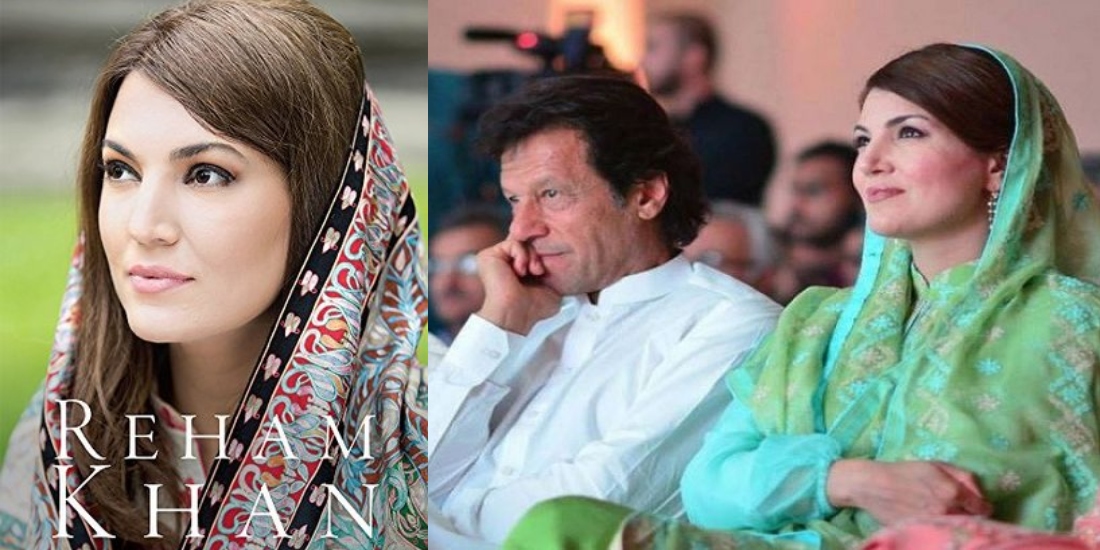 Recently, Reham Khan took over everyone’s news feed as she shared with us some very spicy details from her life in her autobiographic book called ‘Reham Khan’ and it had all of us shocked to death!

Back in 2015, we clearly remember the day we heard on the news that Imran Khan is getting married for the second time ever since he parted ways from Jemima Khan and it was none other than Reham Khan whom he chose to marry. People had mixed reactions to this news, some were really happy to hear while some were not happy at all and started comparing both of Imran’s wives.

We really thought the marriage would last forever by seeing the wedding pictures and how gorgeous Reham had looked in her Karma Red bridal outfit perfectly complimenting her overall look as a bride.

Things, however, took a very unexpected turn when just after a few months we found out that they’re getting divorced…

Hainn??? Like…abhi toh shadi hui thi…aisa kya hogaya jo itni jaldi talaq tak baat pohaunch gayi? People went all blank thinking what the falooda is going on between the Khans and then shortly after, weird allegations started pouring in on how Reham tried poisoning Imran Khan and how she’s working for agencies as an undercover agent and what not did we get to hear about the lady!

Anyhow, fast forward to 2018, Imran Khan confirms that he’s marrying for the third time to a lady whom he had been going to for religious purposes and oh boy…we don’t even want to talk further about what reasons were behind it.

Then finally, Reham shares with us about her upcoming book in which she talked about sooo many unexpected incidents which mostly had a lot to do with her marriage with Imran Khan. After seeing what she had said, we really wished we hadn’t heard any of it as it was so hard to believe and yet there are some people who find it overly-exaggerated and fake.

After the book was out last week, one of the things Reham shared with us was how Imran had proposed to her in a very unusual rather uncomfortable way while she was at Imran’s Bani Gala residence for a casual meetup.

This is what she wrote in her book describing how the wedding proposal happened:

“He now had a glint in the eyes as he looked straight into mine. Flustered by his penetrating gaze, I looked away and explained that I was covered in mosquito bites.

The next thing I knew, his huge hands had grabbed my ankles protectively but gently, as if to sooth the insect bites.
I jumped in my chair at this unexpected, yet tender gesture from him. He leaned forward as if to kiss me, then groaned and got to his feet

This was the moment Khan Sahab had proposed Reham to which she instantly replied saying:

ARE YOU TOTALLY INSANE?

She had a lot more to talk about and did so by sharing every single detail in her book. It is now available online in Ebook Format as well as on Amazon.

What do you guys think of this encounter Reham had with Imran Khan during the time they were seeing each other? Let us know in the comments down below.