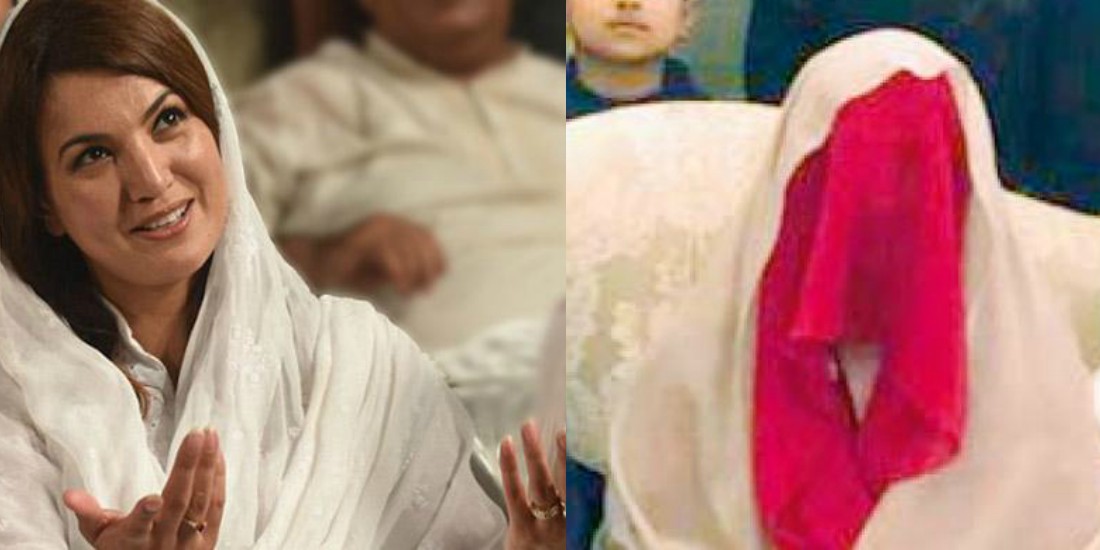 Reham Khan accused Imran Khan a few days back on how he was dating Bushra when Imran was still married to Reham. According to the second wife, Reham Khan, the leader of the political party, PTI knew Bushra for last 3 years and even during the short-lived marriage of Reham Khan and Imran.

Reham said in an interview:

“Imran Khan was in contact with Bushra three years ago when I was his wife and he is not the truthful man.”

Reham replied to a tweet who asked her the credibility of words when she accused Imran Khan to have been in contact with Bushra. She said that it’s not just her who’s saying this but the Pir and Mureed. Not just that, but Reham also claimed in the interview that the Nikkah took place two months ago.

“I knew they married on January 1, and he revealed it later, this is exactly what he did after marrying me and then announcing after two months.”

No, these are the words of those who have been Pir & Mureed.
Both confirmed he was taking instructions for the last 3 years.
Ex-husband of Pir confirmed it too.
I was his wife at the time. #Fact https://t.co/hp4MKaGl9D

But recently, Reham threw another bomb on Twitter and people can’t seem to gulp it down. She posted a collage of two photos in which one was Bushra Maneka and other was some random photo of a girl in hijab.

I have all the respect for women who observe hijab for personal reasons. I object to right wing vote pick up efforts pic.twitter.com/SWt6i7YDaS

But people can’t be silenced, not in the matter of politics and celebrities. People went crazy over Reham’s above tweet and dug out years old photos of Reham and quote tweeted and replied to her tweet with those photos.

When you throw dirt at someone, remember that in the process, you too, will get dirty

I fully agree with you. Political hijab must be stopped pic.twitter.com/DPFEJFNDBZ

People even opened her graph of being shareef of how it went up and down and up and down!

Umm.. Okay! That was too much.

What about this hijab pic.twitter.com/JsMDXUrM8n

She mentioned in an interview that she thinks that kind of veil is uncommon and that she was a bit miffed, which seemed cringeworthy to her. She further said:

What are your thoughts on the political and non-political hijabs?! Write it in the comments below and tag your friends for the guidance of right hijab.