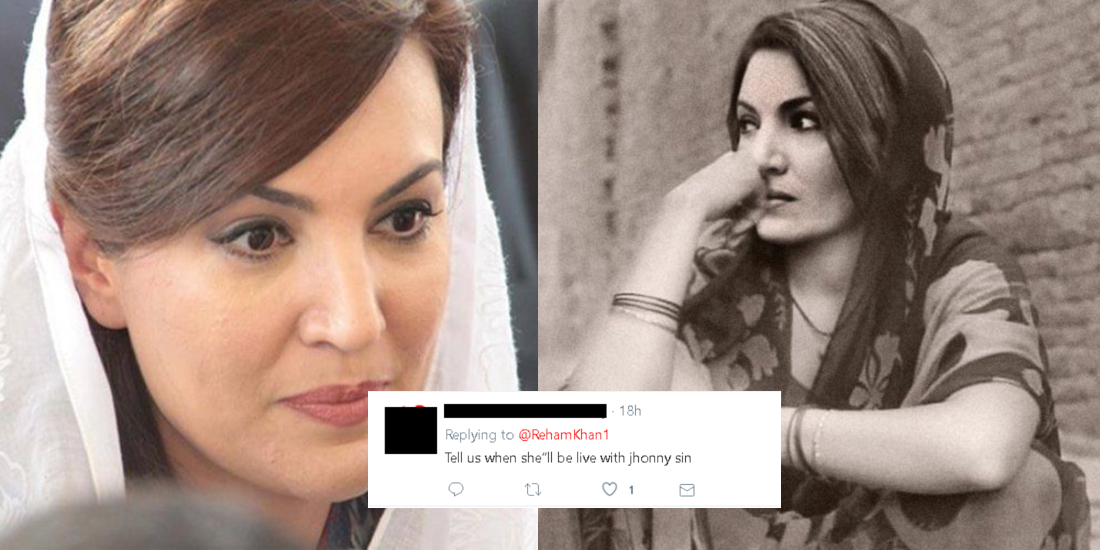 Reham Khan now a known author of a book, named Reham Khan (read: Rehem Khan). She explained everyone pretty well, everyone in the book got SO FAMOUS. Plus later, everyone mentioned in the book had detailed interviews bashing Reham how she’s exploited their right to privacy and that she has breached the law.

Many people like Resham and others who very rumored to be in the book, but actually were not there AT ALL. Still said enough about Reham, saying things like “Reham is the worst example of a woman and Jemima is the best one”. To which Reham twitted that she never really mentioned her at all, that put Resham in hot water for being rude to her. Well, Resham apologized and said that this is not what she meant to say. Oh well!

Recently, Reham quote tweeted about her Facebook live session which was scheduled for 17th September- yesternight! She said “440 Volt” but was this a trigger warning?!

Ma'am @RehamKhan1 will be live on facebook tonight at 11:00pm (Pakistan Time) and 07:00pm (British time)
Stay tuned to @OfficialRehamKhan on fb.

She actually went live and started talking about the anchors and journalists who ever interviewed her faced a lot of backlashes! She also talked about how the famous publishers are treated after the new elect government.

But the shocking part was before the actual live session. When she announced her session and people on Twitter went CRAZY!

WUT! Is it real? Is it photoshopped?

O my God without makeup ???? pic.twitter.com/0nwCa9pUEg

Tell us when she”ll be live with jhonny sin

Here’s the live session in case you missed it!

ANJOYYZZ! Boiz. See what happened and be the judge. And don’t forget her “440 volt” caption and then watch it. Cheers. 😉