Reham Khan's Book Just Got Leaked Online and Pakistanis Are Revealing More Disturbing Things from It! 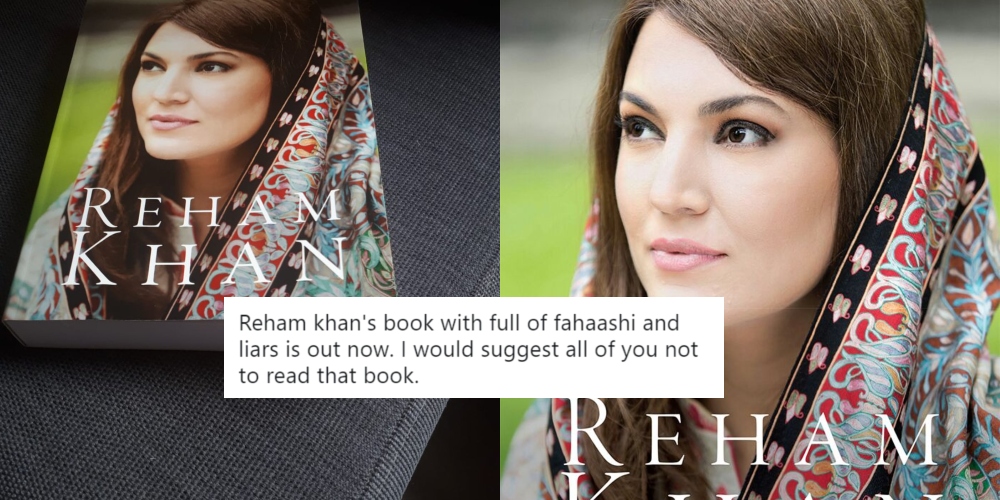 Somebody dropped the bombshell and it’s making a huge, huge impact…

Reham Khan’s infamous autobiography has been leaked online. The highly sought-after book that spanned in top trends for weeks is finally here. Available online to buy, the book already made a massive impact after excerpts from it got hold of social media.

We already know a lot about the content of her book. Her claims against Hamza Ali Abbasi and Imran Khan, especially the one where she went on calling the PTI chairman gay.

Anyway, the controversial book by Reham Khan has been leaked online and people are swaaaaaaaayed

People are going crazy about it. Social media is into a meltdown and everybody is downloading the PDF version of Reham Khan’s book like crazy. The link is being already shared all over social media among people and the damage cannot be repaired now.

I have a pdf copy of Reham Khan Book – can email you if you want.

Here is what people are saying about the book:

Reham Khan’s 365-Page ‘Reham Khan’ tell-all hide-nothing book is out, now proliferating like no other book on Pakistani politics in living memory. No doubt timing is dubious, she has an axe to grind against IK, yet vivid details in book are MIND BOGGLING, PTI must sue her ASAP pic.twitter.com/ODAGJxmzIM

Reham Khan's book claims that when she was married to Imran Khan he told her that he had had several children out of wedlock – "There are 5 in total that I know of…. some are Indians", he told her pic.twitter.com/TTO4JEWQCv

So finally @RehamKhan1 ’s book is out. And pdf versions are circulating like fire.
Planning to read over the weekend.

Reham Khan’s highly anticipated book starts off like a romanticized fiction novel, the likes of which are all on Wattpad.
Besides, the manuscript I’ve got is a WhatsApp forward and that’s how I’ll treat it.
Read it when and if I have the time. *Yawn*

This is too good! PTI versus PML-(N)…

Reham Khan's book just went from one star to two stars, in what will be an emerging online battle. Insaafi and Noonie youth pleasantly surprised Amazon sells books too. pic.twitter.com/LhljH0qcDS

Boy, this is so interesting!

Reham Khan called Imran Khan a gossip queen in her book. Lady, do you even realize that you're the one who wrote a book just because you wanted to gossip around to feel important ? ?

Read the first few pages of Reham Khan’s book and so far she’s talking about suffering through child sexual abuse, marital rape and domestic violence. Haven’t reached to the part about Imran but whoa.

Here we have her lawyer, pleading people not to download and share the PDF version of her book but looks nobody wants to listen to him

The controversial book finally arrives and it has rapidly hit the news. It has taken social media by storm and we are just anticipating more to come. Have your say!