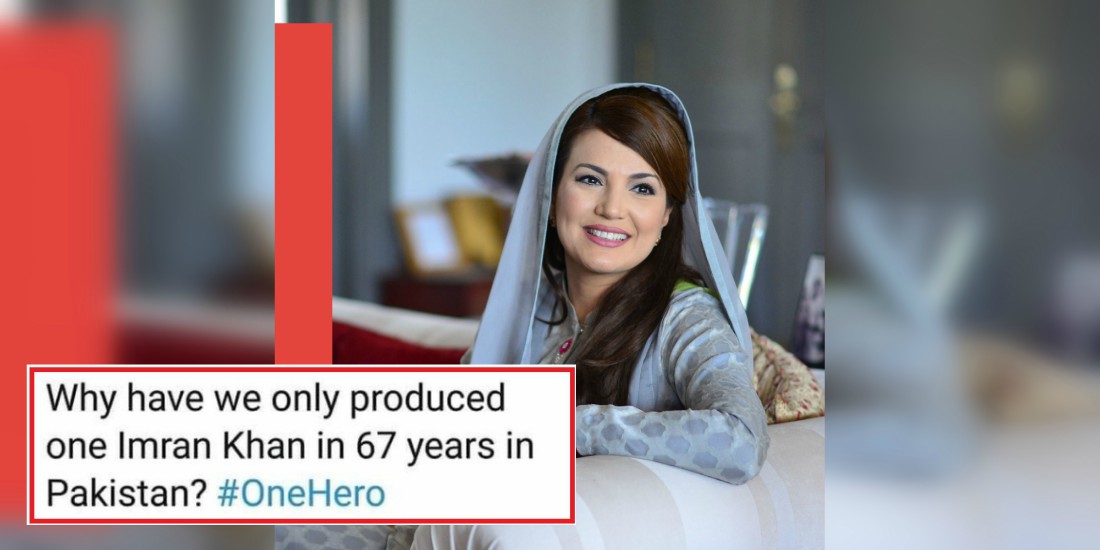 ;Reham Khan has been stirring up a storm in this country. She was born in Libya, worked in England, married our Prime Minister to-be, was divorced by him, and now keeps tweeting about him and Pakistan.

Most of these tweets are extremely negative- even her book had many different stories which defamed Khan. After seeing her Tweet for so long, signs of her hypocrisy are becoming more obvious. For example: 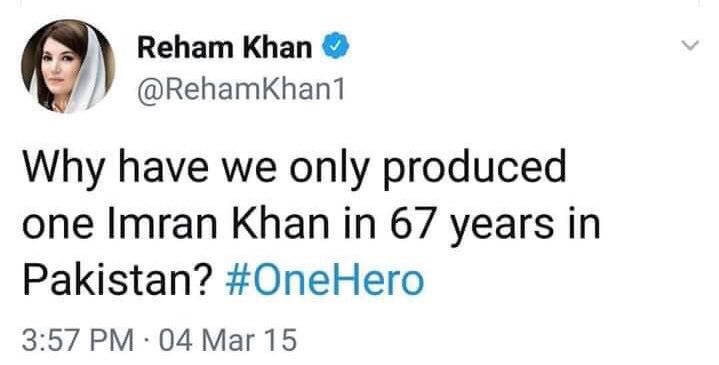 She posted this on Twitter in March 2015, when she was still married to Imran Khan. After seeing her recent Tweets where she spewed a bunch of hate against him, one Twitter user asked her why she was posting such conflicting statements.

Well, he had a point. Reham has a history of conflicting statements and its only natural for someone to ask for clarity so they understand her point of view.

Reham Khan replied to the Tweet in a very strange fashion:

We have individual success & that too very few who make it big. Pakistan as a nation is a collective failure. Malala should be a greater Hero but Pakistanis labelled a brave child a spy. She had to leave. A man who was a great cricketer had crores of investment in him for years. https://t.co/5aIMxVYjfX

Reham didn’t actually reply to the Tweet at all. She did not say anything about herself calling Imran Khan a hero but instead called Pakistan “a collective failure as a nation” and gave the example of Malala, who was shunned by Pakistanis and labelled a “spy”.

People were quick to pick up on this and started interrogating her.

First, malala is not a hero at all. Secondly, couldn’t you see that investment of crores according to you before the divorce? Why didn’t you use to blame khan at the time when you were his wife? Why after divorce, you got to know every negative thing about Khan?

I disagree with the first part of this tweet. Malala has done more for women’s rights to education than any other individual in a long time. She was shot in the head, and had to go abroad for treatment. She worked for females all over the world, which is why Pakistanis see her negatively. Just because she helped someone who isn’t Pakistani, she is labeled as a spy.

Make up your mind, Reham. Once you gain consistency, maybe then people will start taking you and your words seriously.