There is nothing more depressing than waking up to the news of hearing how individuals were killed and injured due an incident that happened due to lack of safety measures. Earlier today, Karachi’s Regent Plaza Hotel and Convention Center caught fire, killing 11 individuals and 100+ people are injured.


As per the reports, the hotel’s kitchen on the ground floor caught fire, emerging to reach the floors and rooms where guests were staying. On the other hand, Mayor Waseem Akhtar reported that “the hotel has no fire exits.”

Due to the hotel’s lack of focus on safety precautions, there were no fire alarms, no sprinklers and no smoke alarms that could’ve played a vital role in saving lives of people who are now dead.

Regent plaza’s negligance about fire safety has cost eleven people their lives. May their souls rest in peace.

Initial list of those killed and injured in Regent Plaza fire #Karachi pic.twitter.com/JBjWnmxZjb

Just heard the news on the Regent Plaza fire..in shock..may all the people there b safe InshAllah

Woke up to horrible news of fire at regent plaza hotel in Karachi, 11 people died in the incident.

Regent Plaza should have been shut down long ago. Our office made us stay there once cuz movenpick was overbooked. Worst hotel ever 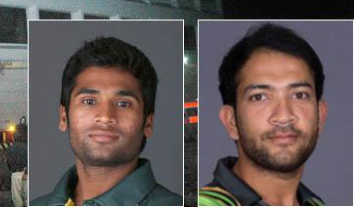 Indeed it is a horrible way to start a new week. May Allah bless the souls of the departed in peace and give speedy recovery to the injured ones, Ameen!