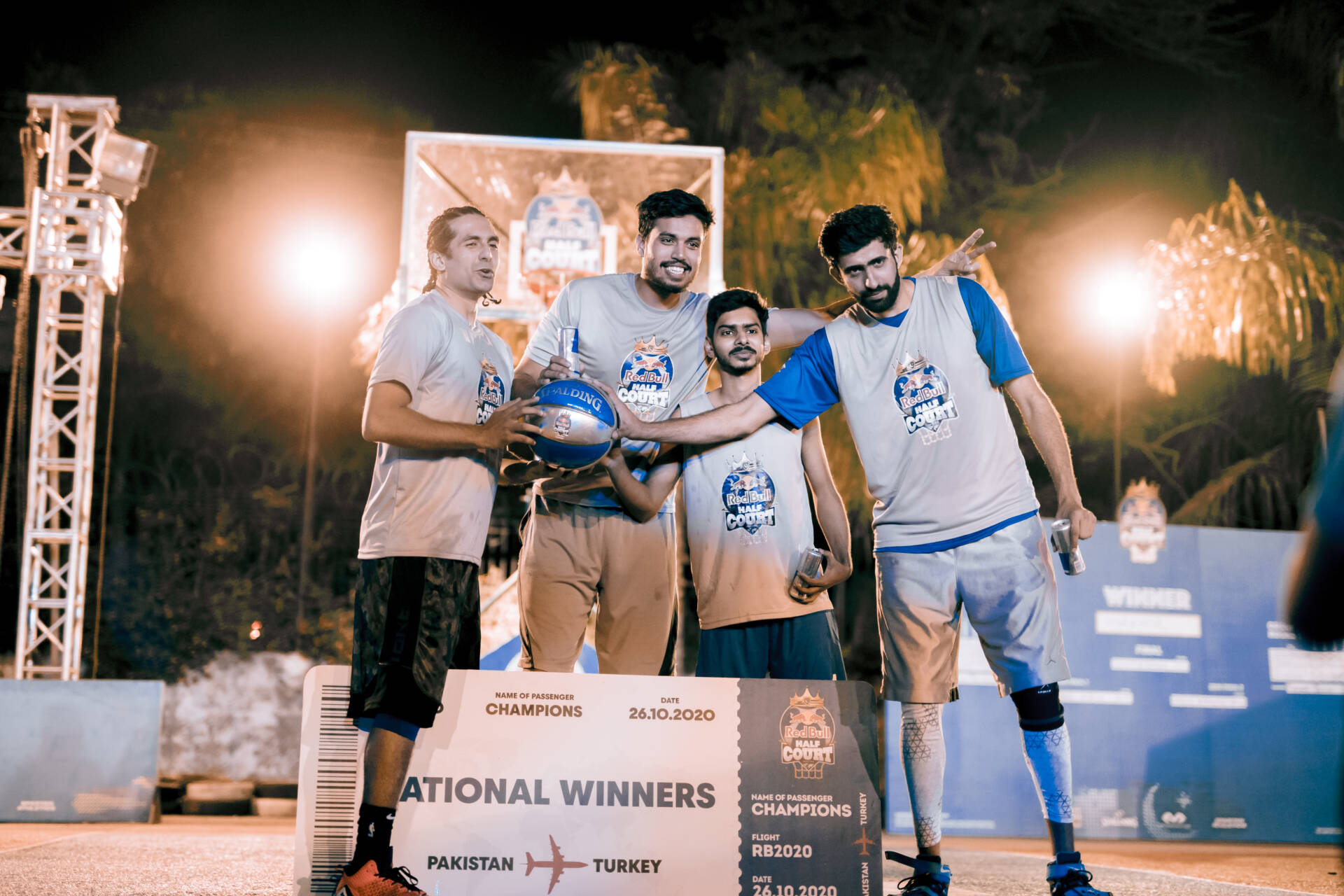 Red Bull Half Court’s inaugural edition in Pakistan has created quite an impact and has left a strong legacy.

Ouj-e-Zahoor, the official of the Pakistan Basketball Federation had stated at the start of the tournament, “If there were 10 steps to take the game forward in the country, the tournament would take Pakistan to step five.”

As the tournament, played in the novel 3×3 format, climaxed with Markhors crowned the country’s inaugural champions this week, it’s not only brought new talent to the fore but at the same time has provided the game a lift-off.

“The outcome is amazing,” said Ouj, who was actively involved in the organization of the National finals, which brought the tournament to a close after regional qualifiers at five different venues. “There are a lot of things we can look forward too.”

“It’s great for the young players,” said Mehmood. “A lot of young players will come out of this venture as it doesn’t restrict participation. If those young players are good enough, they might as well be spotted by the Pakistan Basketball Federation and they can have a future as professional players.”

The tournament provided an opportunity for many clubs to take part. The smaller format meant they were able to field several of their teams.

Adding to the atmosphere at the National Finals, were parkour by Pakistan Parkour Federation and hip hop dance performances by The Beat Mechanics on the sidelines, providing an opportunity to up and coming hip-hop artists and local freerunners in Pakistan.

The team that won it, however, was one that was designed to win it after it brought two players each from Lahore’s illustrious Don Bosco and DHA Basketball Clubs and stormed to win the title with a splendid performance in which it beat each and every rival it came across.

“That was our goal from the very beginning,” said Samiullah, reflecting on the team’s journey to becoming national champions, “we just wanted to win it and show we’re the best team in Pakistan.”

“We wanted to win because of the huge platform that has been provided to basketball in the country by this tournament.”

In the semi-finals, it won 18-12 against Frank Five, after having topped its group with a perfect 3-0 record at the National Finals in Islamabad.

The National Finals were supposed to be a bringing together of Pakistan’s basketball cream. But no one seemed a match for Markhors.

“Once the draw was made for the group stage, we knew we were going to win it,” said Sami, reflecting the level of confidence within the team.

In their opening game at the National Finals, Markhors won 11-6 against Karachi’s Quick Swish. They then beat Faisalabad Basketball Club 13-9 before wrapping up the group stage with a 21-10 hammering of Bulls.

A different venue didn’t matter for a side as well-drilled as Markhors.

“In our heads, we entered the competition knowing we were going to win, and I thought that helped us quite a lot,” said Sami.

Shaheen Basketball Club had similar ambitions. After winning the Multan qualifiers, it had also set its sights firmly on the National title.

Like Markhors, it too made a clean run through the group stage, winning 19-13 against PAF Thunder in its opener, then overcoming Frank Five 20-15 before thrashing Bounce 21-18. Bulls were then accounted for in the semis, 14-9.

“There need more events like these in Pakistan,” said Shaheen Club’s Ahmed Jan. “We’re looking forward to next year now.”

For Frank Five’s Aqib Javed, the exposure provided has been very beneficial.

“As the first 3×3 tournament, it has given players a big opportunity and it’s given us something to look forward to next year,” he said. “Now we can rectify our mistakes and see what we need to do.”