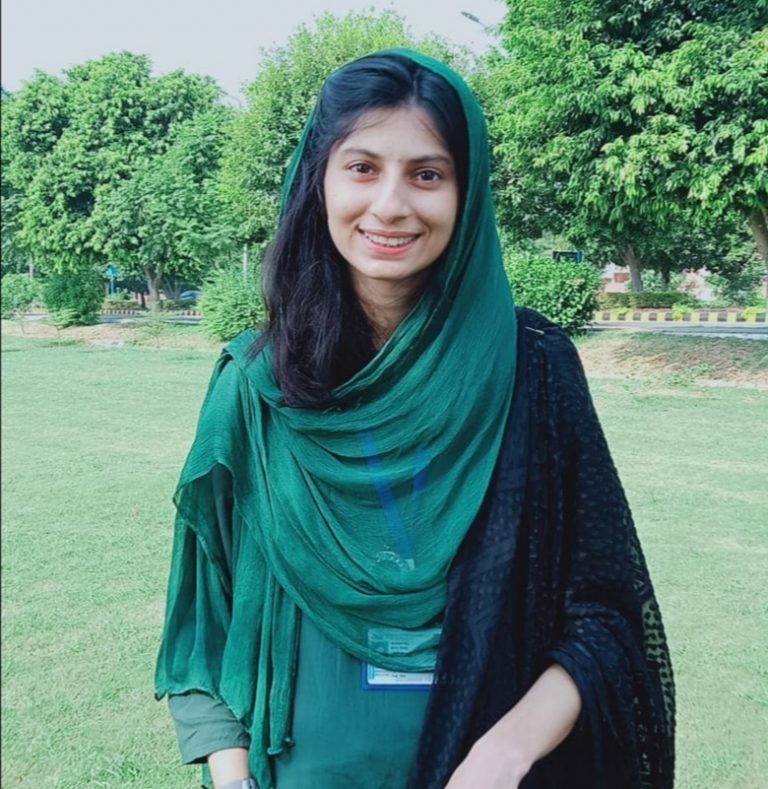 Feeling down? Here is a real life story of Asma Tariq’s determination. A middle class girl with shattered dreams who literally built her own self back.

It was the time when Asma was in FSc, all packed up in the atmosphere of extreme pressure. The pressure of grades, because all she intended was to become a doctor. She did not know that there was something in life besides medical and engineering. She attempted medical college entrance test but failed.

This failure hit her hard. She thought there was nothing she could do in life. Utmost depression was her companion. Conflicts with everyone were now so normal. Parents seemed to be the enemies who caused all this as it was all their choice to make her a doctor. They even insisted on repeating the FSc which she didn’t want to. Then happened the most agonizing incident of her life – Baba’s death. It made her lose any remnants of hope that she had. Now the circumstances had changed altogether.

She stopped going to cafés with friends to save money. The thirst inside was more than outside.

She would listen to lots of lectures about financial independence and take notes of the important things. She says that she still has those notes.

Now instead of crying and locking herself in the room when she was upset, she was looking for a way to learn something new. This showed her determination. During her graduation she wrote some books with others and earned hard money and then wrote her own book from it.

She also achieved some more accomplishments that were once a dream. She received an international award along with some national representations. Recently she got Bull Award as a Gujrat Chapter Director From the Startup Grind biggest international startup community and became first Pakistani female who won the award.

She entered the university with the intention to learn even more. There she had to meet people and tell everyone about herself, which really benefited her. This is where she started working, making money and started teaching others.

Last year, She created Pakistan Leadership Program and trained almost 1000 school and college children from all over Pakistan with the help of the international platform with some university friends. Also launched an online WhatsApp classroom for the Rohingya refugees were provided more than 200 people the basic digital literacy training. Interviewed 300+ entrepreneurs throughout the world. Most are available on the startup Grind site. Running her own podcast about the social and developmental issues on YouTube.

The moral of the story is that there are many capable people around us. What they need to do is to have a strong will and determination and rise up. On our part, we need to help them get up.

Excerpt from the Book Aas

As I sat with my book Aas in my hand, I was thinking that there was a time when I was so fond of reading, the reason was also that I could not speak; so start writing lines. Just then writing became my catharsis, I started writing diaries regularly. Now the diary was my companion of happiness and sorrow; I had accumulated many diaries.

I used to jokingly say that when I die, you will bury them with me. Sometimes I used to wish that someone would read me as I read and relate my work with their life. Maybe the one above has heard and the hope has been fulfilled; it was a moment’s decision that I I want to publish my book with my first earnings.

There were some flaws left because of this haste, but perhaps there was a fear that all these writings might really become part of the grave; well, let’s talk about hope if it is said that hope is not just a word or just a title. Rather, it is the search for a frightened man.