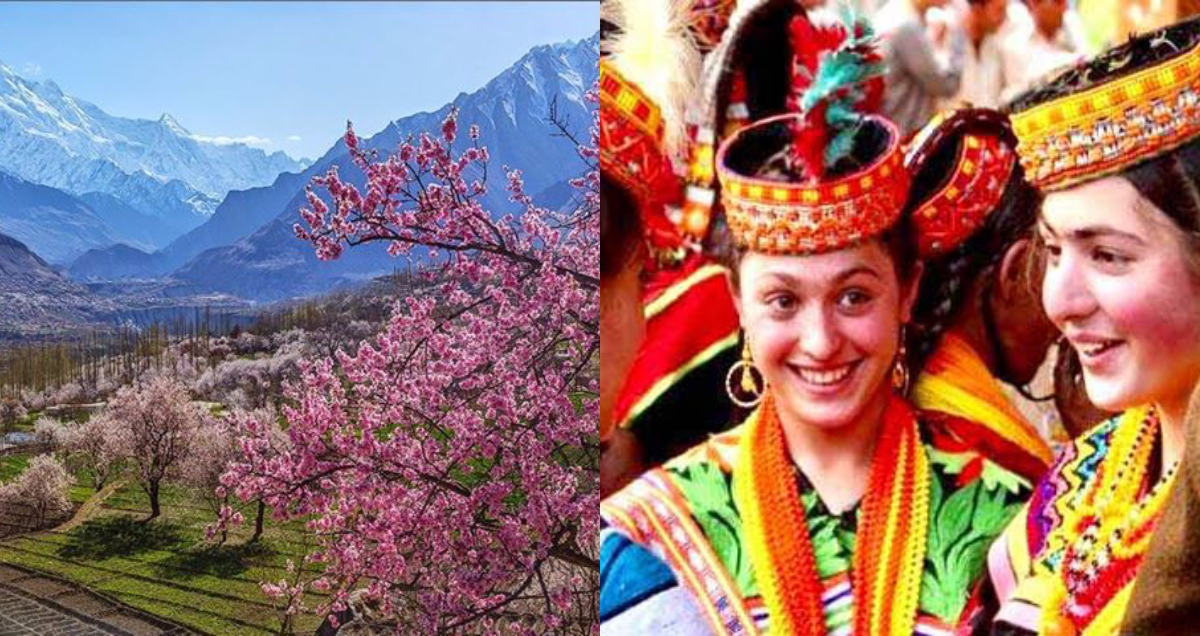 Pakistan, the country which was emancipated on August 14, 1947, is the blessing of Almighty. It has diversity in everything from culture, races, casts, food, places and many more. The country is replete with the man-made and natural sites that one cannot find at any other place on the face of the earth.

The area of Pakistan is 881,913 km² and it has all the four seasons. From the coast of the south to the northern landmarks the country abounds with the blessings of the Omnipotent. All this make one fall in love with Pakistan.

In the south of the country, there is a mighty Indian ocean, in the middle of country one can see the extensive agrarian field of Punjab and Sindh coupled with long rivers; in the north, the majestic Himalaya and mysterious natural landmarks.  These are the reasons to love Pakistan, and it makes Pakistan of the best countries in the world.

Let’s have a look to the wonders of Pakistan

1: The K2 or Mount Godwin-Austen 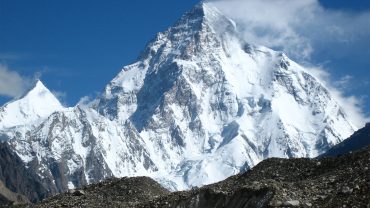 Well, K2 is the second highest mountain in the world. It is situated in the Gilgit-Baltistan region of Pakistan, and its height is 8611 metres. It comes under the Karakoram range and is also known as the savage mountain because of its harsh weather and fierce killings. In every four, one dies who mount the mountain; in total 300 summits, 77 people have died on the savage mountain. No one has yet climbed the mountain in the winter season. Besides the ferocity of the mountain, its beauty is a significant reason to make one fall in love with Pakistan. 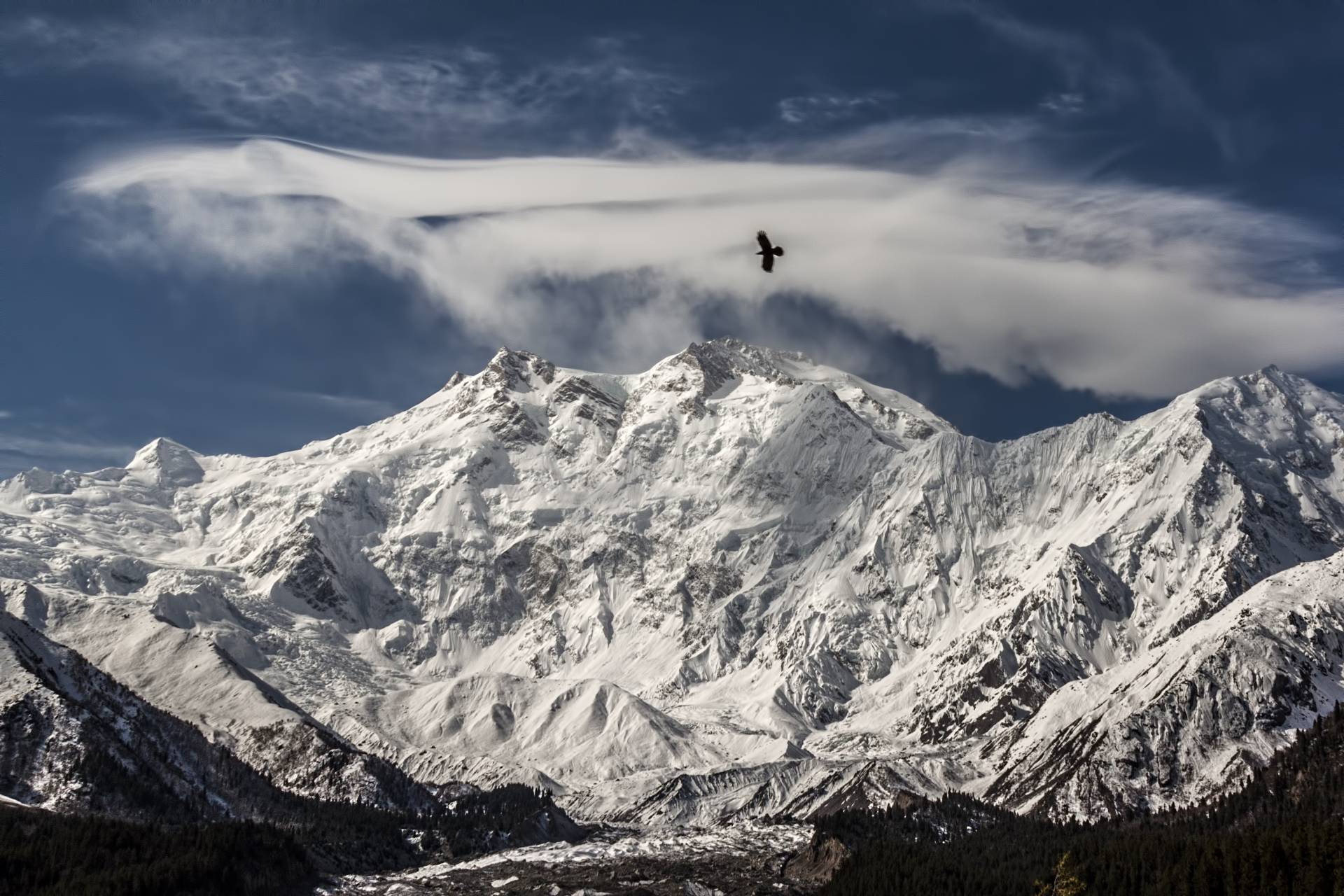 Nanga Parbat which is locally called Diamer is the ninth largest peak in the world. Nanga Parbat is 8123 meters high and is situated in Northern areas of Pakistan. It is located in the Himalayan range and is also called the killer mountain.  Nanga Parbat is one of the most difficult mountains to climb; it was first climbed,  on July 3, 1953, by  Hermann Buhl- an Austrian climber. In winter, it was first climbed in 2016 by Simone Mor, Ali Sadpara and Alex Txikon. Although Nanga Parbat is the killer mountain, its beauty is admirable and it is one of the reasons to love Pakistan. 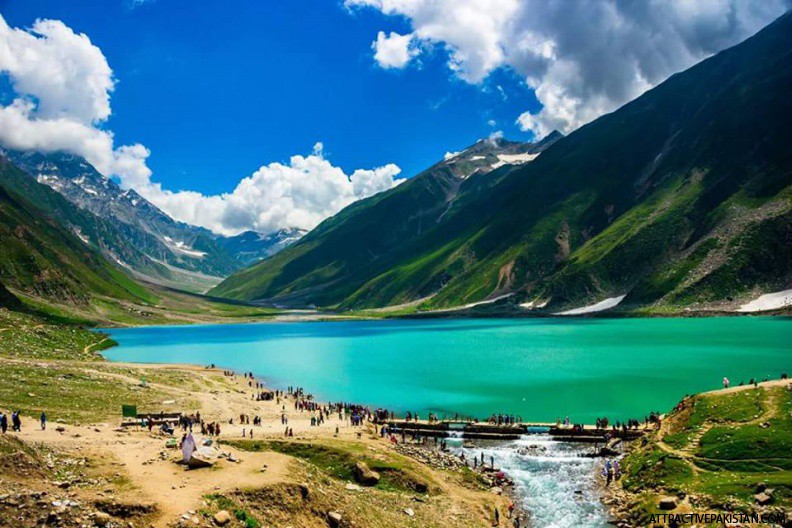 The mysterious lake is located in the north of Pakistan in the Kaghan valley. It is one of the highest lakes of Pakistan and it is situated on an altitude of 10,578 feet above sea level. The beautiful lake was formed around 300,000 years ago and it was emerged due to glacial moraines; the growing temperature left the hollow place, shaping the mysterious lake. The lake has been discussed in the Sufi poetry of Mian Muhammad Baksh, which tells the story of a Persian prince. Annually thousands of tourists visit lake Saiful Maluk to rejoice. The beautiful lake is surrounded by mountains, making it another reason to love Pakistan. 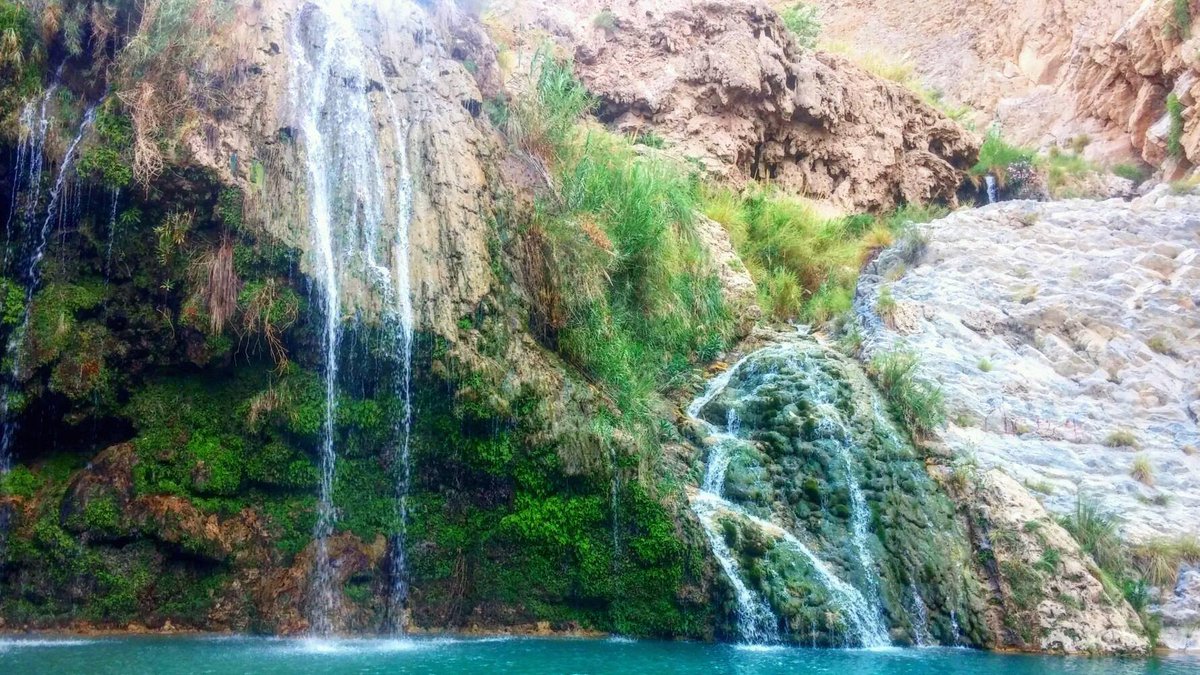 Pir Ghaib is situated in the Bolan district, Balochistan, Pakistan. It is a waterfall that torrents from mountains and runs through several streams and ponds amidst palm trees. The beautiful place has a spiritual attraction, whenever someone visits the place, he feels spiritually enlightened. According to the denizens of that area, A Pir (Islamic saint) cleaved the mountain wall from where the water cascades and then he vanished owing to the threats of his enemies. The waterfall attract multiple tourists and is the evident reason to love Pakistan. 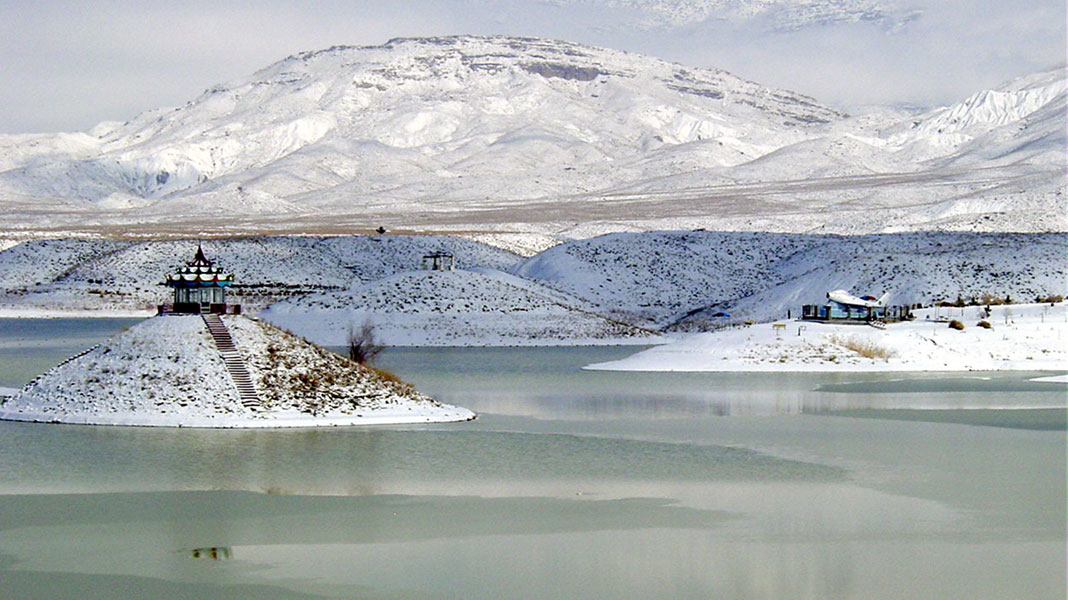 Hanaa Lake is located in Quetta, Balochistan, Pakistan and is adjacent to Urak valley. The man-made lake was created in 1894 in the colonial period for storing water. The water of the lake is filled by the water of melting snow and streams from the Zarghoon and Murdar mountains of the region. The lake is encircled by the mountains and is one of the most alluring lakes of Pakistan. 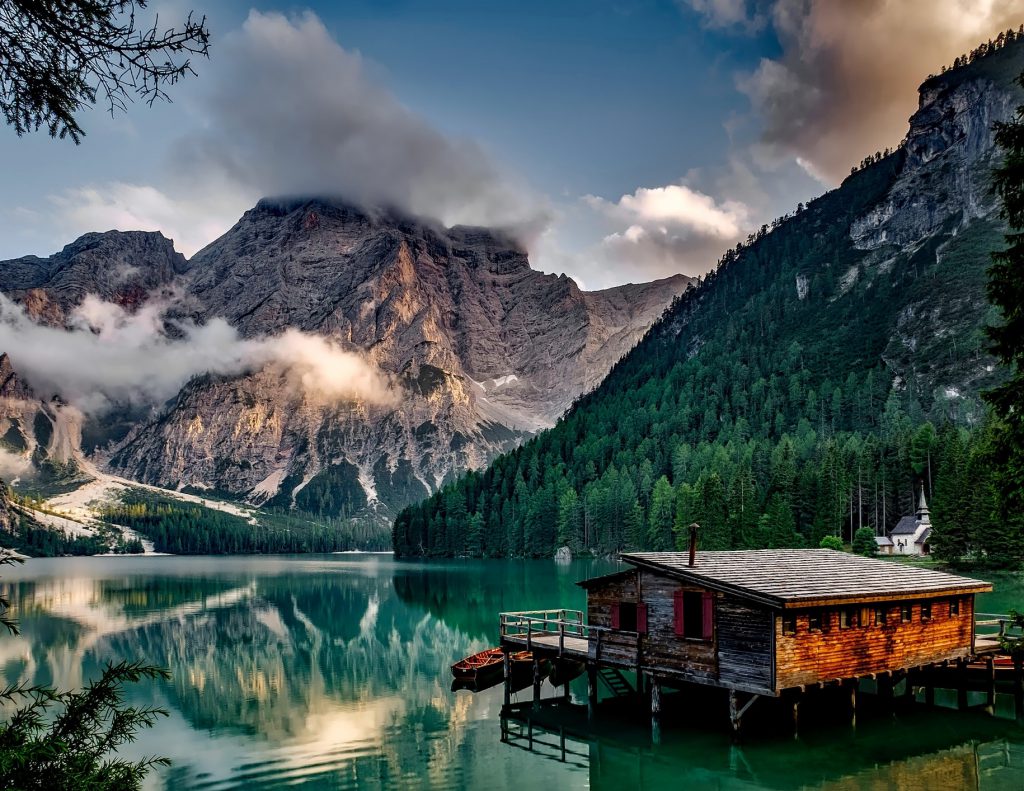 The valley or village is near the Hunza, Gilgit Baltistan, Pakistan. It is from 3 hours drive away from Gilgit and Worlds most delicious potatoes are ploughed in the valley. The valley is popular for its picturesque lakes surrounded by a forest and lush green mountains. The valley is also famous for Ski completions. People who have visited the Naltar valley compare it with a paradise and are in love with it. 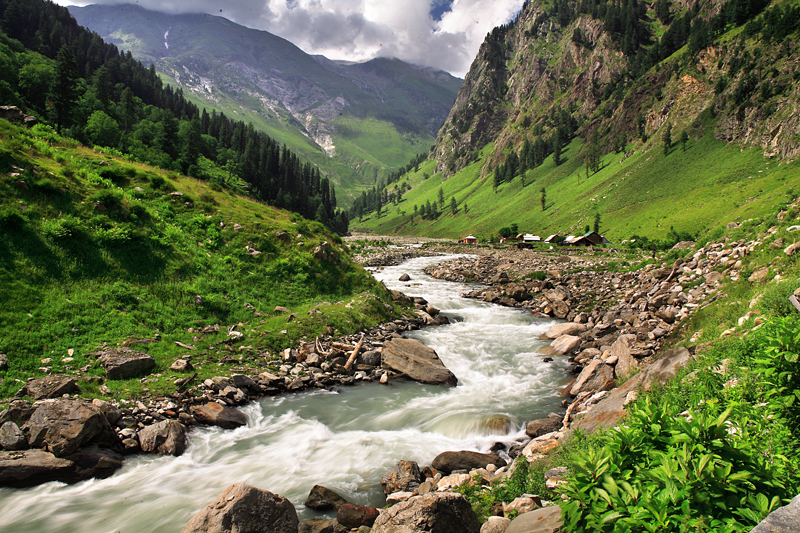 The valley is located in the Azad Kashmir territory of Pakistan. Neelum valley is also known as “Blue Gem valley” and outstretched for 241 Kilometres.  The valley has multiple forests, a river, streamlets and alluring mountains. You would see water torrenting from the mountains, fresh water flowing on roads and dramatic view of woods. It was called Kishan Ganga before the emancipation of Pakistan, and many Hindu Pundits used to live there along with several Muslims.  The famous Line of Control (LOC) go through the region of Nelum valley.

8: The Versatile culture of Pakistan 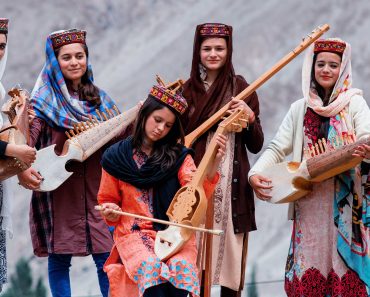 The multifaceted culture of Pakistan makes it one of the top reasons to love the country. Pakistani culture is the amalgamation of, Vedic, MughaTurk and Muslim traditions. The country is engrossed with multiple races, making it the distinctive nation. In the country, you would find the ancient culture of Kailash, Bhudists, the Sindhi culture( part of Mohenjo-Daro norms), the Pashtun culture, the cultures of Darwars in Balochistan and the resourceful Punjabi culture. People of multifarious beliefs and faiths live happily in the country. The versatile culture of the country is a meaningful reason to love Pakistan. 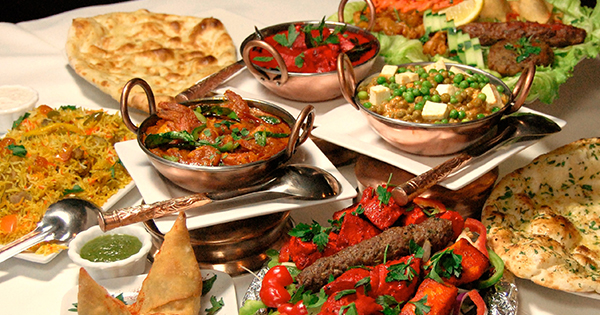 Just like culture, Pakistani food is also diverse. The variety of dishes you would have in Pakistan, I bet you will not have the same around the globe. The dishes are the blend of Turks, Arabs, Vedics and British. From Karahi to Biryani; from Allo Chanan Chaat (a snack) to Bund Kebab, and from Gulaab Jaman (a sweet) to Rasmalai all the dishes are sumptuous and savoury. Desi food has no comparison with any other food in the world. Therefore, food is one of the significant reasons to love Pakistan. 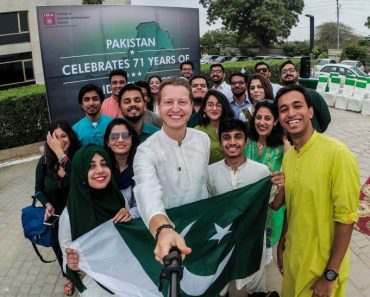 According to Newsweek magazine 2010, Pakistan is the world’s bravest nation. Besides falling prey to the economic derailment and heinous terrorist attacks, the nation is replete with the emotions of love, care and empathy. Pakistanis are famous for their hospitality, they love caring for their guests. The people of the country know how to remain steadfast on the face of adversity; how to deal with the tourists, and how to remain happy. The denizens are mostly Muslims and Islam teaches them forgiveness, gratitude, mercy and the notion of “Love for all and hate for none”. Thus, the people of Pakistan are the biggest reason to love Pakistan.

Life Is Unpredictable And Here’s Why We Should Stop Worrying About Our Future Plans!
This Pakistani Woman Says She Feels Like Alien In Her Own Country And Here’s Why!
To Top