Harvey Weinstein’s appaling controversy is on a roll. Meanwhile, the popular hashtag #MeToo surfaced a heap of shocking instances where women all across the globe shared incidents of sexual harassment they had faced in life. We saw a plethora of tweets, one after another flying all over our timelines.

In the middle of everything, a Twitter Handle by the name of an Australian model – Laura Bingle – shared tweets about PTI Chairman Imran Khan sexually harassing her.

Here are the tweets that sent waves of shock among Pakistanis…

“Imran Khan sexually harassed me at a party” 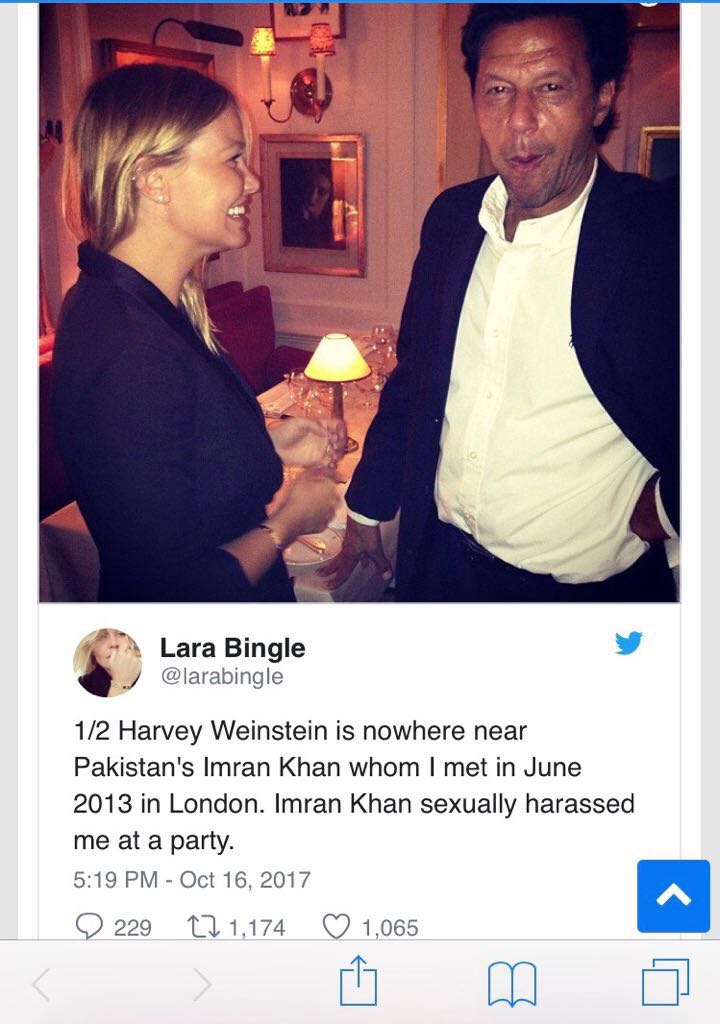 “Imran Khan is a womanizer” 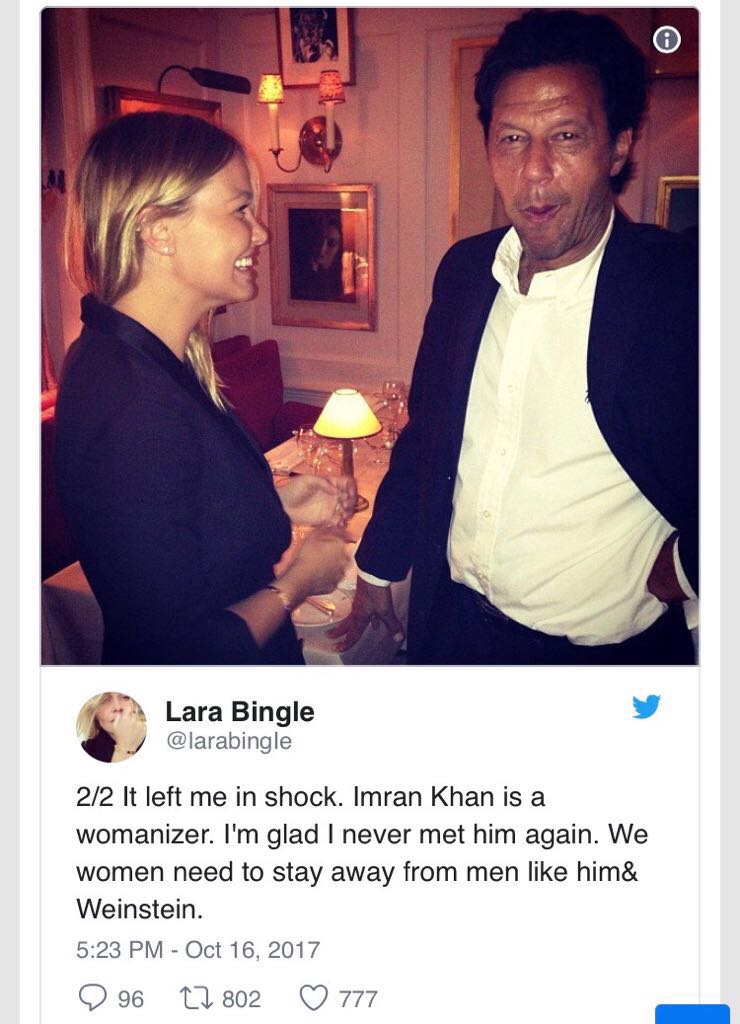 Notice something strange in the text? It’s direct and blatant and doesn’t appear to link with a real human emotion that a person would apparently exude in a real-life instance.

Many people fell for it…

But turns out, it was a fake account of the Australian model. Some conspiracy, perhaps. This is the official Twitter handle. The differences are clear. The other account is not verified either.

We must verify any story before putting blame on anyone. It’s pathetically immoral level serious allegations and we, as the general public, must resort to verifying the facts beforehand.

Meet Faizan Soofi, One Of The Youngest Published Authors In Pakistan
4 Beautiful Advantages You’ll Experience When You Start Offering the Fajr Namaz
To Top