Former MQM MPA Rauf Siddiqui Tied The Knot With His 'Young' Bride And People Are Talking!

Marriage, a bond created for the betterment of mankind, almost considered religious in Islam, has its perks and benefits for both men and women. Age is but a number when it comes to tying the knot. This was exactly the case for one Pakistani politician.

In early days of April, Muttahida Qaumi Movement politician and former MPA Rauf Siddiqui tied the knot with his young bride in Makkah. The simple nikkah was attended by close personnel and the cleric was Saudia’s Abdul Nawaz Siddiqui. 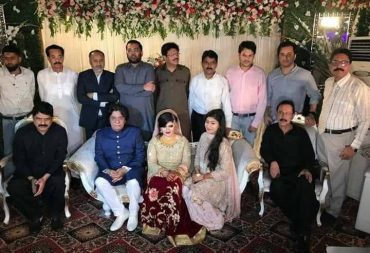 Rauf Siddiqui, now 57 years old, held a huge valima reception a couple of days back in Karachi. Close friends, politicians, family and aides all attended the glorious event. And since then, pictures of the ceremony along with Rauf Siddiqui and his young wife have been going viral.

As per ARY News, “On Feb 15 this year, Siddiqui was indicted by the anti-terrorism court among eight others in the Baldia Factory Fire case. Over 250 workers were burnt alive when a multi-storey garment factory was set on fire in Baldia Town in September 2012.” 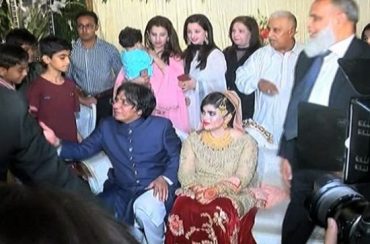 Already marred by scandals, this marriage of Rauf Siddiqui is not going ‘too well’ with the people, who have targeted him for marrying a girl who is extremely younger than him. Some even went to the extent of stating it as a ‘contract marriage’, where the girl would get to inherit properties and assets for one the former MPA passes away, indecent, but somewhat true.

MQM Rauf Siddiqi’s valima held in park Umme Hani Park F B Area block 10,while it is clear violation of#SC orders to hold any party in public park.Are all rules for common man.KMC.DMC should open boking of this park to all 4 holding parties nd marriage functions on subsidise rates pic.twitter.com/uiUJuEwfzL

The scandalous late years of Rauf Siddiqui have been a constant topic of discussion for the masses, especially for Karachi’s loyalists. Some even say that with the new marriage, Siddiqui is ready to start afresh and join Kamal’s PSP.

Simple Ways To Prevent Pakistani Student From Drug Addiction
How To Deal With Depression?
To Top