These Rare Innocent Animals Were Brutally Killed In Pakistan And People Are Filled With Anger!

Most of the homes in Pakistan have at least one pet animal in it which is taken care of in every way. Several studies even emphasize on keeping an animal in the house as it holds human benefits. The most concerning thing related to animals is that how a person treats the animal and what sort care is being provided. Every living thing on the face of the planet deserves to live and spend its life on its own terms, it’s not just the human’s right.

Why kill innocent animals when you can pet them!

In the past few days, stories related to severe animal abuse are being seen all over the internet. Watching videos of humans killing or abusing an animal, which can’t even speak for himself shake many people to the bone. Such posts and videos from Pakistan are seen circulating social media and the awaam is extremely angry. 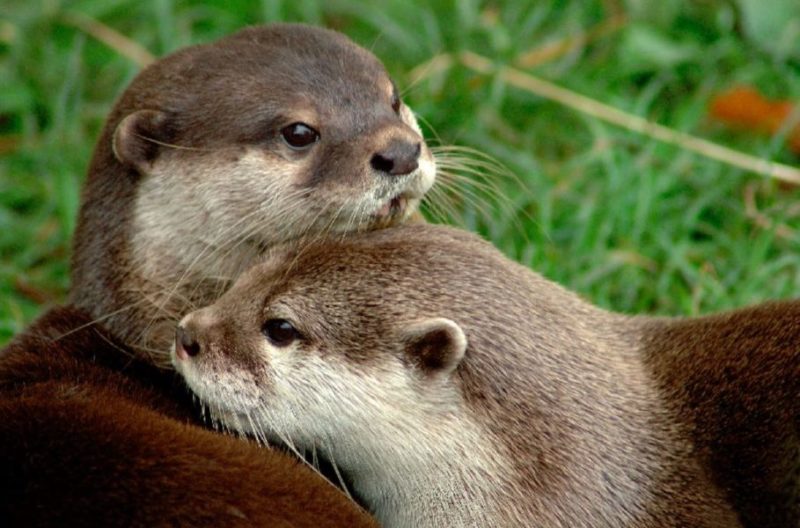 Recently, another similar post is getting viral on Facebook and it is sheerly heartbreaking. In Pakistan’s Mirpur Khas area, a pair of otters mistakenly entered the populated area and people were unaware of the animal. Being scared of the lovely pair, the gathered audience rammed an axe on the head of both otters and killed them. The pictures were then shared on various ‘animal welfare’ pages on social sites.

For those who don’t know, otters are of nearly 13 different species. The animal belongs to wildlife and usually stays in the water. It has a carnivorous metabolism which means it is a ‘meat-eater.’ Otters normally feed on fishes and invertebrates and some people even keep them as a pet too.

A rare white monkey was hunted down in Bagh area!

Earlier this week, another related story had come up in which someone had killed and hanged a stray cat on the electricity meter. Pakistanis were all in curses and bad wishes for the perpetrator. Talking about animal abuse, a person killed a monkey of very rare species in Bagh area Azad and Jammu Kashmir (AJK), Pakistan.

A local resident of Bagh area recently killed a white monkey who belonged to a very rare species. The man then took pictures with the dead animal as if it was a huge achievement for him. It is believed that the killed species of monkey is left in a very few numbers and is extremely hard to find. They just live in some selected areas of Northern Pakistan.

No idea why the wildlife department isn’t prohibiting people from hunting or killing rare and unique animals. The government should also make strict laws against the violators and people who are involved in abusing of innocent animals.

20 Years Of Kargil War – The Fourth Official War Between India And Pakistan
A Female Student From University Of Peshawar Took Her Professor To Court For Allegedly Sexually Harassing Her!
To Top