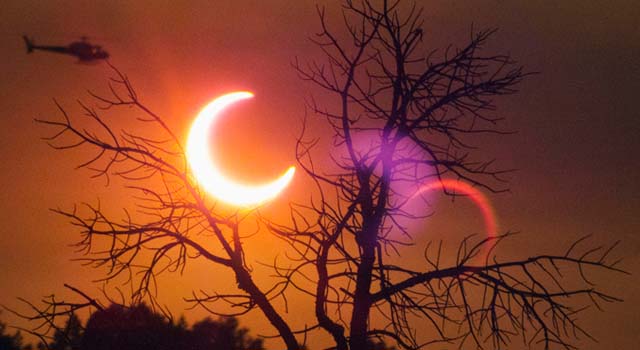 A solar eclipse that occurs on average only once every 73 years may be perfectly witnessed only by penguins in Antarctica, while watchers in Australia will see the sun as a â€œsuper-fat bananaâ€.

The crescent sun, an annular eclipse meaning that the moon is too far away to completely block out the sun, instead creating a perfect â€˜ring of fireâ€™ can be witnessed in Perth, Australia, from 05:00 GMT on April 29. Such eclipses are relatively common, with about four every five years. The last occurred in May 2013.

What makes this eclipse â€“ the first of 2014 – unusual is that it is non-central, meaning that the center of the Moonâ€™s shadow will not fall on Earth, instead passing above the Southern Hemisphere sky. 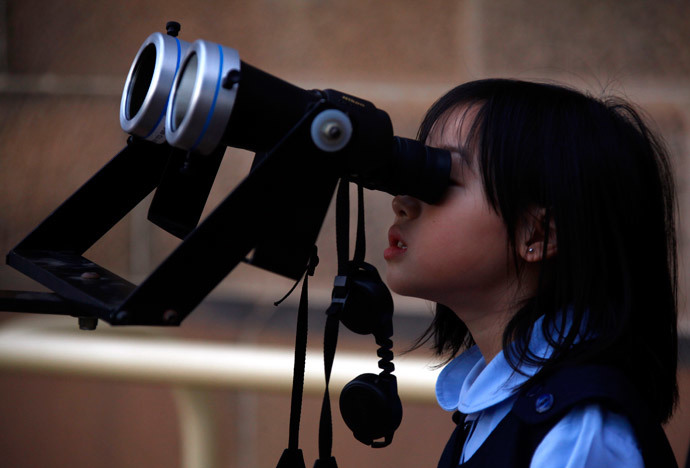 Of 3,956 annular eclipses calculated to have happened or scheduled to happen between 2,000 BC and 3,000 AD only 68, or 1.7 percent, are non-central annular eclipses. This is only the third such event since the 17th century.

As most of the shadow will miss Earth â€“ the perfect spot to watch the eclipse at its most symmetrical would have been above the planet â€“ the only place where the â€œring of fireâ€, or annulus, can be seen at all is in Antarctica. The spot is half way between the Dumont dâ€™Urville and Concordia stations â€“ located 1,100 km apart â€“ meaning that in all likelihood no human will witness the unusual phenomenon.

“This is a thoroughly bizarre eclipse,” said a statement from Bob Berman, an astronomer with the Slooh Space Camera, which broadcasts astral events online. 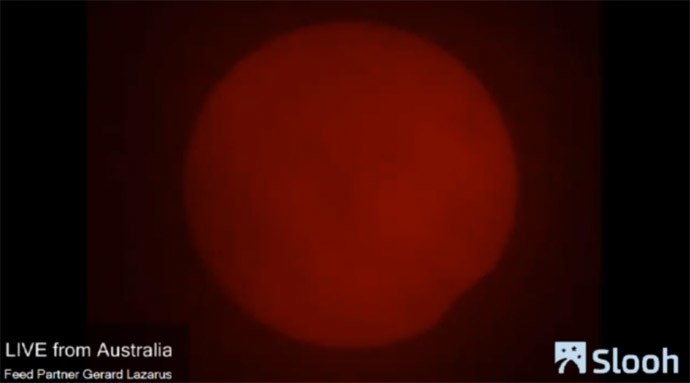 â€œAs we will watch in real time as the inky black hemisphere of the moon partially obscures the sun, the greatest thrill might be an awareness of what’s occurring â€” unseen by any human â€” in a tiny region of Antarctica.”

For sentient observers, due to the imperfect angle of observation the phenomenon “won’t look any different from a normal, partial eclipse,” Stephen Hughes told Australian Associated Press. A partial eclipse occurs when the Sun and the Moon do not fully align, so that the latter blocks out only a chunk of the former.

About half the Sun will be covered when the eclipse passes Sydney, and more than two thirds over Melbourne.

“Melbourne will be quite a bit better than Sydney … a super-fat banana,” said Hughes.

The eclipse will also be noticeable in southern Indonesian islands.

NASA has published an interactive map that allows Australasian residents to see when the eclipse will pass through their area, but as usual, amateur sky-watchers are instructed to avoid looking at the Sun without protective equipment.