Rape Victim Zainab's Mother's Statement Will Rip Your Heart Out 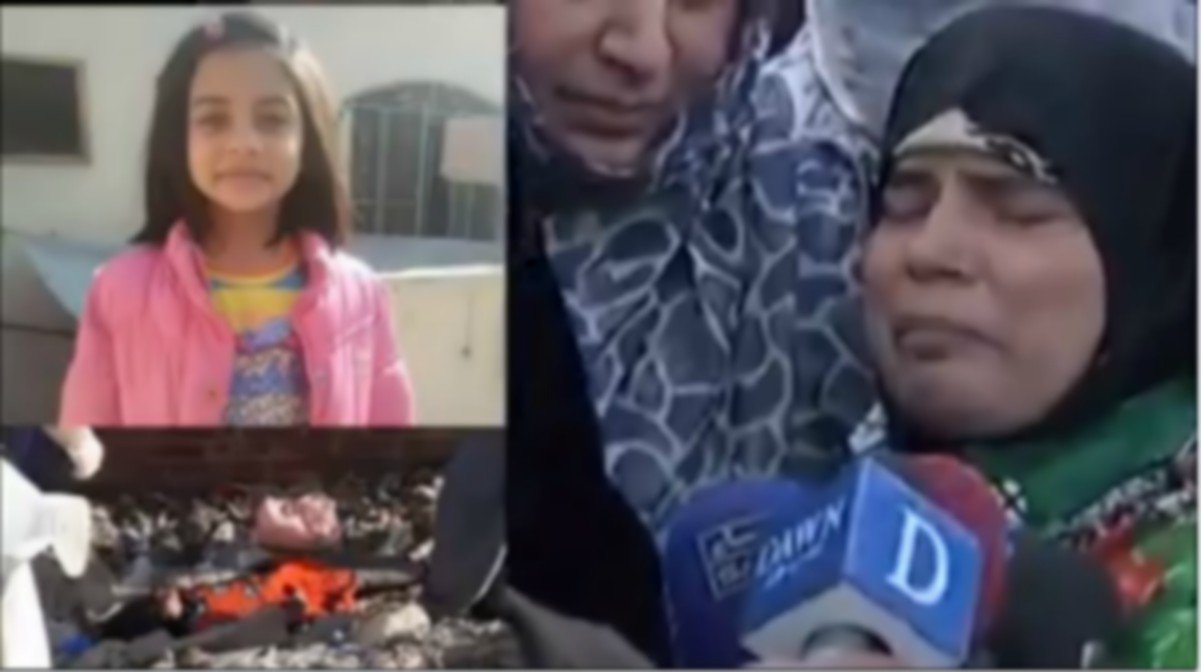 Police recovered the body of Zainab Ansari on Tuesday from a garbage dumpster in the town of Kasur in eastern Pakistan, four days after she was reported missing.

7-year-old Zainab’s body was recovered from a garbage dumpster in Kasur on Tuesday, four days after she was reported missing.

This was the 12th incident of similar nature that happened in Kasur. Residents are not satisfied with the authorities and have been angry at them for what they see as a failure to investigate such cases.

People took to  streets and started protesting against the barbaric incident.

“They started throwing stones at the office and some of armed protesters shot bullets at police. In order to stop them, police resorted to aerial firing.” – Malik Muhammad Ahmad Khan (Spokesman Punjab)

It is reported that 2 people were killed and one wounded as a result of this aerial firing.

Zainab’s parents were in Saudi Arabia (to perform Umrah) when their daughter was kidnapped. They returned immediately when they got to know about the incident.

Zainab’s mother was inconsolable. She was surrounded by reporters when she landed in Islamabad. She was asked some insensitive questions to which she answered:

“Investigations reveal that in each case a pedophile kidnaps little girls, rapes them and kills them.” – Zulfiqar Hameed (Regional Police Officer)

He further claimed that this case will soon be solved: “We have got CCTV footage that shows a young man taking her along. We will catch him very soon.”

We just hope and pray that Zainab gets justice and no child or their parents have to go through all this ever again.