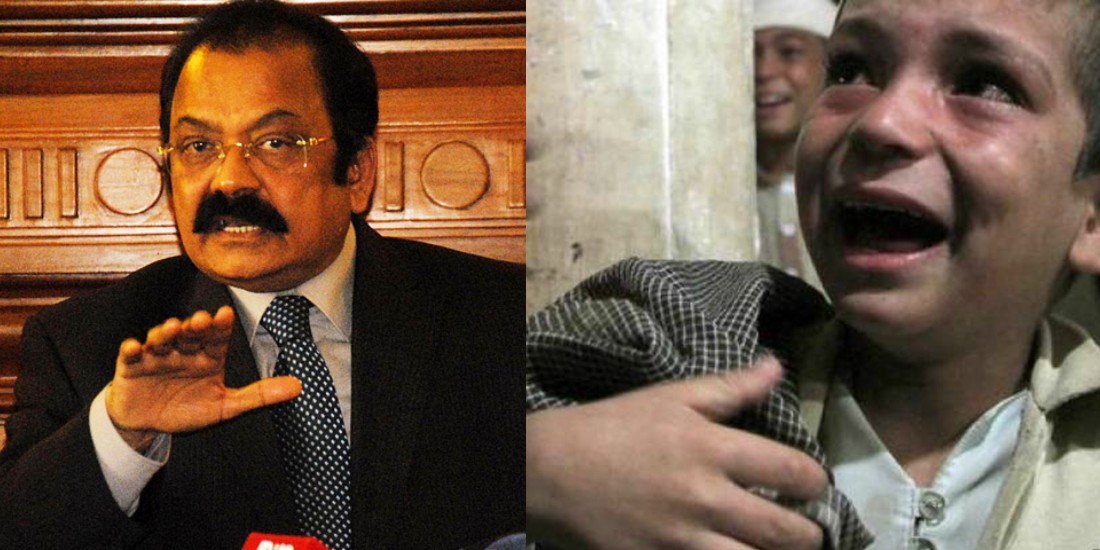 After Zainab’s incident, all previous similar cases in the past came to surface and it was indeed shocking to the world. By now, many celebrities from all around the globe have raised voices in demand of justice for Zainab. 7-year-old Zainab and many other young girls were kidnapped, abused and murdered in a very similar manner. Even after a whole week of appointing an investigation team on the case, there is no sign of finding the culprit.

A child’s safety is the parent’s responsibility 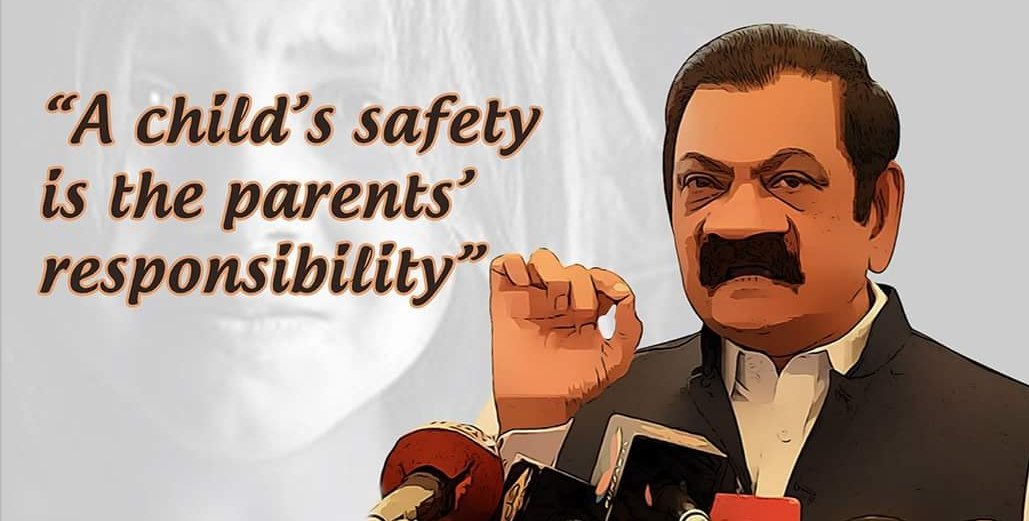 After his statement, people bashed him for his idea of blaming the parents for such incidents taking place in Kasur. Last year, Rana Sanaullah denied that more than 200 children had been sexually abused in Kasur district. In fact, he claimed in a TV interview that it was a land dispute between two parties one of which wrongly projected it as a case of sexual abuse.

However, he did not give any details of the land dispute. The minister claimed that only seven cases of sexual abuse were registered in the Kasur district over the past many years and the accused involved had been arrested. Some accused got bails and were released after a settlement between the parties, he said.

Here is the headline…

There is no clear evidence of Rana’s involvement in Kasur child abuse case but pertaining to his statements, he’s accused of denying the clear facts present. Rana, being the head of the inquiry committee is now making people lose their trust on the case getting solved and it says a lot about where things will lead to in the future if no corrective measures are taken.