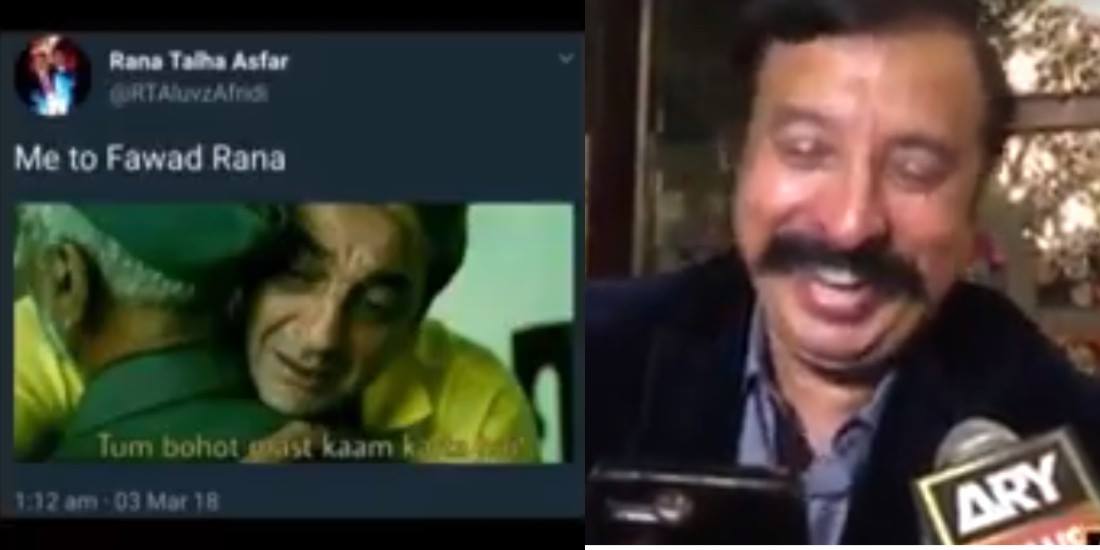 Fawad Rana is a Pakistani businessman and owns a franchise of Lahore Qalander. In fact, he was the first one to buy a franchise in Pakistan. Rana has done a lot for domestic cricket of Pakistan. It’s people like him who invest in such risky areas where there are minimum chances of having any victory.

Rana is known on Internet as the most positive man ever! Have you ever seen his poker face? But even when he’s sitting silent or a little sad, he’s still cute! Twitter and Facebook are full of his adorable photos. Apart from that, he’s always smiling. Whether his team is winning or losing, it’s his positive attitude that has gotten him fame and love. Whenever he’s interviewed after the match, his positive attitude towards the team and as whole PSL is winning!! Recently, a national channel of Pakistan interviewed Rana and made him read out famous tweets over internet made on him.

His reactions are priceless!

Rana Fawad Reaction on memes made on him. WE LOVE YOU RANA SAHAB! ❤

Here, people want to give him a jaadu ki jhaapi

Me to Fawad Rana pic.twitter.com/iEeqIGuzRh

I'm from zalmi but believe me I support lahore qalandar just because of this man…#RanaFawad pic.twitter.com/lo2JWwQQMQ

But do you guys know what just happened yesterday!? Lahore won the match from “Karachi” and people wanted to see Rana happy. Genuinely! Because of all his efforts that went in vain during this PSL. Though yesterday’s match was almost on Karachi’s side, the super over made this table turn and fate decided to be on Lahore Qalander’s side. Phewww!!

We know it’s not even a question to ask but how much do you guys love Rana… Comment below with a meme to show your love to him and support so we get to see him in the next PSL. Tag a die-hard Rana fan in the comments or share this video on their timeline to make their morning beautiful!