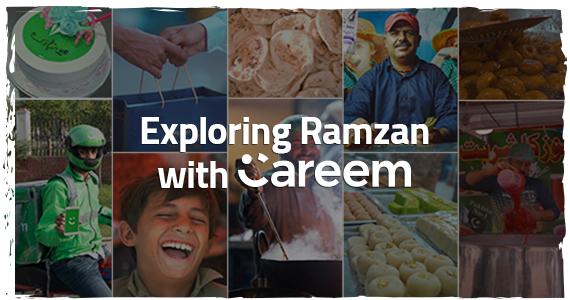 As we all return from the prolonged eid holidays, where there was literally nothing to do because of the lockdowns, it is safe to say that all we did was eat, eat and eat! There was of course a lot of spare time on our hands too given the 9 day long holiday and we must say that Pakistani’s made the most of it.

We reached out to Careem and they were kind enough to collaborate with us in terms of providing data as to what our fellow foodie Pakistani’s were up to during this Ramzan and turns out, they were up to quite interesting stuff.

If anything, food is a major highlight of Ramzan. . Digging deep into what customers liked the most, here are a few trends that were witnessed by Careem during the holy month.

Generosity at its max!

If there is one thing we can be proud of, it definitely has to be generosity of Muslims during the month of Ramzan. Like every other Ramzan, Careem had introduced ‘Ramzan Car’ through which Customers were able to donate PKR 20 in addition to the fare for every ride taken. A total of 7,911 rides were taken by this Car Type resulting in a total of PKR 158,220 raised for donations.

Shah Mahmood Triggers CNN Journalist As He Calls Out Israel’s Influence On Western Media
Amazon Adds Pakistan To Its Sellers’ List – Here’s How Can You Open A Seller Account?
To Top