Following the announcement of the T20 International Squad by Chief Selector and Head Coach of Pakistan Misbah-ul-Haq, a very enraged response has come out by former cricketer and famous commentator of Pakistan, Ramiz Raja.

Ramiz believes that the veteran all-rounders Muhammad Hafeez and Shoaib Malik had already been served for the country for decades. It’stime to think about the long-term investment instead of turning the defensive mode on. 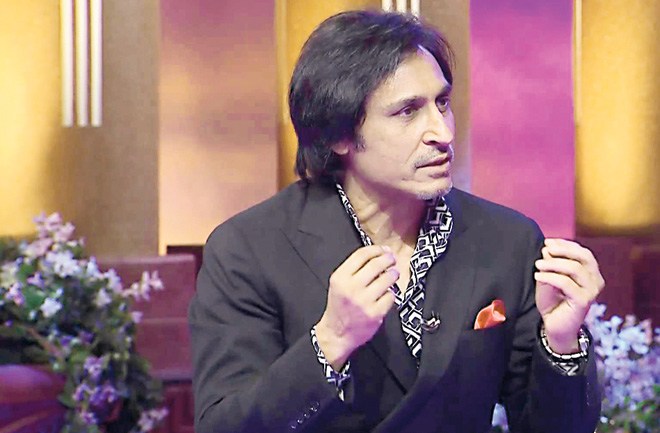 Apparently, after the final announcement of the T20 squad, the former captain appeared in a YouTube video expressing his views about the selection. He criticized Misbah to bring Muhammad Hafeez and Shoaib Malik back in the team. He stated that we could have a difference of opinion regarding match winners and playing 11. We can debate on it but the decision of including Hafeez and Malik again in the team is beyond my understanding.

Moreover, he clarified that he doesn’t have any personal issues with them, but they already have played their best cricket for Pakistan and served the country with their marvelous performances. But now, it’s a time to think about long-term-goals and invests in juniors.

Ramiz Raja Not Pleased With The Selection OF T20 Squad

In a state of anger, Razmiz Raja said in his video that the base of the selection is to save themselves from losing. They overlooked long-term goals with this approach and gave a reason that the presence of senior players provides experience element to the team. Moreover, he added if the experience is that important then why didn’t they send them on the Australian tour. Furthermore, he feels that you can’t sacrifice long-term goals for the sake of your “selfish motives”.

“I am very angry since I have read Pakistan’s T20I squad for Bangladesh series, Selection has not been done based on long term goals. Selectors have made it clear that they can’t bear any more losses. This is why they have selected Shoaib Malik and Mohammad Hafeez, who are past their prime. How long can Pakistan cricket go if you are scared of losing and sacrifice long term goals because of your selfish motives?. The rationale given by selectors is that this duo of 38-year-olds will win us matches with their experience. Then you should have taken them to Australia for T20Is instead of exposing youngsters on a tough tour,”

Amid all, Ramiz Raja pointed out the thumb rule in T20. He said that there is a thumb rule that you should give a priority to the young guns in the T20 format. Particularly, if the game is being played on the homeland. He added, you just can’t neglect all the facts just because of the fear of losing.

“You should always play youngsters in T20s in a home series. You are scared of losing against Bangladesh as well, which is why you have gone in safe mode. And these two players will save us who have already played their best cricket for Pakistan.”

Moreover, he concluded with his concerns that if It’s the approach of “Pakistan’s New Think Tank” then I don’t know where we stand in the future.