Amidst all the poor performance by Lahore Qalandars, Dunk is the only saving grace for the team.

While speaking in a Youtube video, the famous commentator was full of praise for the hard-hitting batsman’s 99-run match-winning knock against Karachi Kings on Sunday. “I think we should give Ben Dunk honorary citizenship as well,” Raja said. “We should make him play for Pakistan because my wish is to see Pakistani batsmen do similar kind of power-hitting. We haven’t seen any Pakistani batsman do this kind of hitting except for Shadab Khan this season. Ben Dunk is a completely different class of strike force and he played a marvellous knock.”

After losing their first three games of the season, the Lahore-based franchise has won three of its last four games. In those four games, Dunk has scored 247 runs at an average of 123.50 and a strike rate of 226.61. 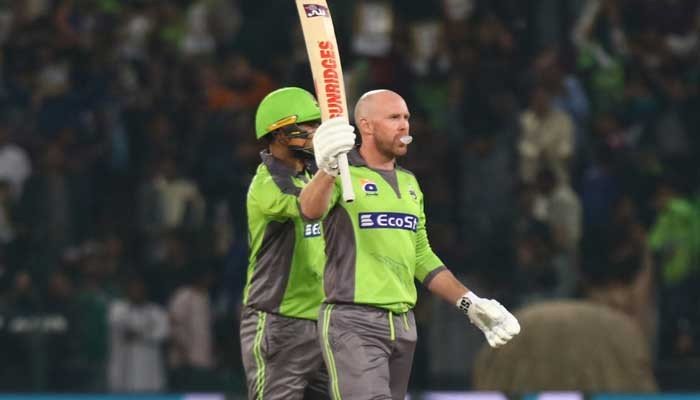 The 57-year-old cricketer also highlighted a tactical mistake made by Karachi Kings which cost them the game against Lahore. “Karachi played two-left arm spinners against Ben Dunk, knowing that Dunk had scored heavily against Mohammad Nawaz in the game against Quetta. Karachi should have learned from Quetta’s experience of bowling against Dunk and should have instead given Usama Mir a go,” he said.

“There is a possibility that Usama Mir could have gone for runs as well, but he has big height and his googly might have worked against Dunk. I believe that was big tactical mistake from Karachi,” he added.

Yesterday, we came across a video where the Australian cricketer has also posted a video message for his fans in pure Punjabi. “Hor koi saday laiq [anything else you want done]?” Dunk said in the video message released by PSL.

Hopes are again high for Lahore Qalandars’ fans as the team is slowly and steadily making its way to the top of the point table. Franchise owner Fawad Rana might come to the stadium again if Lahore reaches the final stages of Pakistan Super League.

Over the years, the presence of international cricketers like AB de Villiers, Chris Lynn, Shaheen Afridi, and Sandeep Lamichhane indicates that Lahore Qalandars certainly do not lack the squad strength.

Earlier, in an interview, Rana also said that his underdog team will win PSL 2020.