Rami Malek in Bond 25 will be playing a villain that is against the main character. However, he addresses that he only agreed to play the character if a condition is met. The actor rose to fame for his role of Freddie Mercury in Bohemian Rhapsody, for which he even received an Oscar. 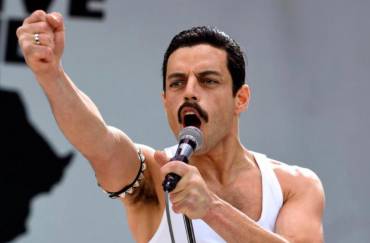 Malek refuses to play a brown person that is associated with terrorism, as this perpetuates the same harmful stereotypes brown Muslims need to go through. Malek mentions that he does not want his character to be a religiously motivated terrorist. And that he will never take on such a role.

“It’s a great character and I’m very excited,” said Malek. “But that was one thing that I discussed with Director Cary Fukunaga. I said, ‘We cannot identify him with any act of terrorism reflecting an ideology or a religion. That’s not ­something I would entertain, so if that is why I am your choice then you can count me out’. But that was clearly not his vision. So he’s a very different kind of terrorist.” Apparently, the director agrees that he will not inflict any harmful stereotypes to his character. It seems that had been a concern for this role because he himself is Egyptian and is tired of the negative portrayal of brown people on western screens.

Rami Malek in the new Bond movie surely will garner a lot of Muslim viewers for his hearty gesture.

Regarding the script and the fact that he will be a ‘different’ terrorist, he mentions, “another extremely clever script from the people who have figured out exactly what people want in those movies.”

Rami Malek in Bond 25 is something the entire internet is waiting for. He believes that this is a huge responsibility. It is a classic so the pressure is quite heavy. “But I feel a substantial weight on my shoulders,” he further adds, “I mean, Bond is ­something that we all grow up with.”

Pride For His Egyptian Roots:

Moreover, Malek is proud of his ethnicity which is why it was difficult for him to blindly accept the role. “I am Egyptian. I grew up listening to Egyptian music. I loved Omar Sharif,” Malek said. “These are my people. I feel so gorgeously tied to the culture and the human beings that exist there.” 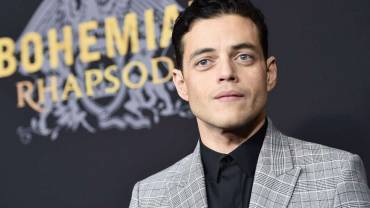 Just like any other person of color in a white-dominated society, he felt isolated from his identity. Malek mentions, “My sister was born in Egypt. I think when I grew up as a kid, part of me felt like I had to shed some of that. I did not feel like I fit in. I definitely felt like the outsider. As I grew up, I realized how beautiful my heritage is … now, I am so privileged to represent it,” However, now it seems that he has gotten over his hatred and matured to love his roots.

It is important for actors to turn down roles that can be hurtful for a race, religion, or ethnicity. This is why the representation card comes into play. You wish to see your people reflected in a positive light, away from the typical ‘ways’ they are supposed to behave like.

What do you think of the situation? Will the character of Rami Malek in new Bond movie live up to people’s expectations? Share your thoughts!

Meet Rafaqat Butt- An AJK Tourist Police Officer Who Returned A Tourist’s Laptop Safely With His Team!
Nida Yasir Finally Responds To Hate She Has Been Getting For The ‘Shopping’ Episode And People Seem Pissed!
To Top