These Ramadan Posts By Shaykh Azhar Nasser Is Cracking Everyone Up 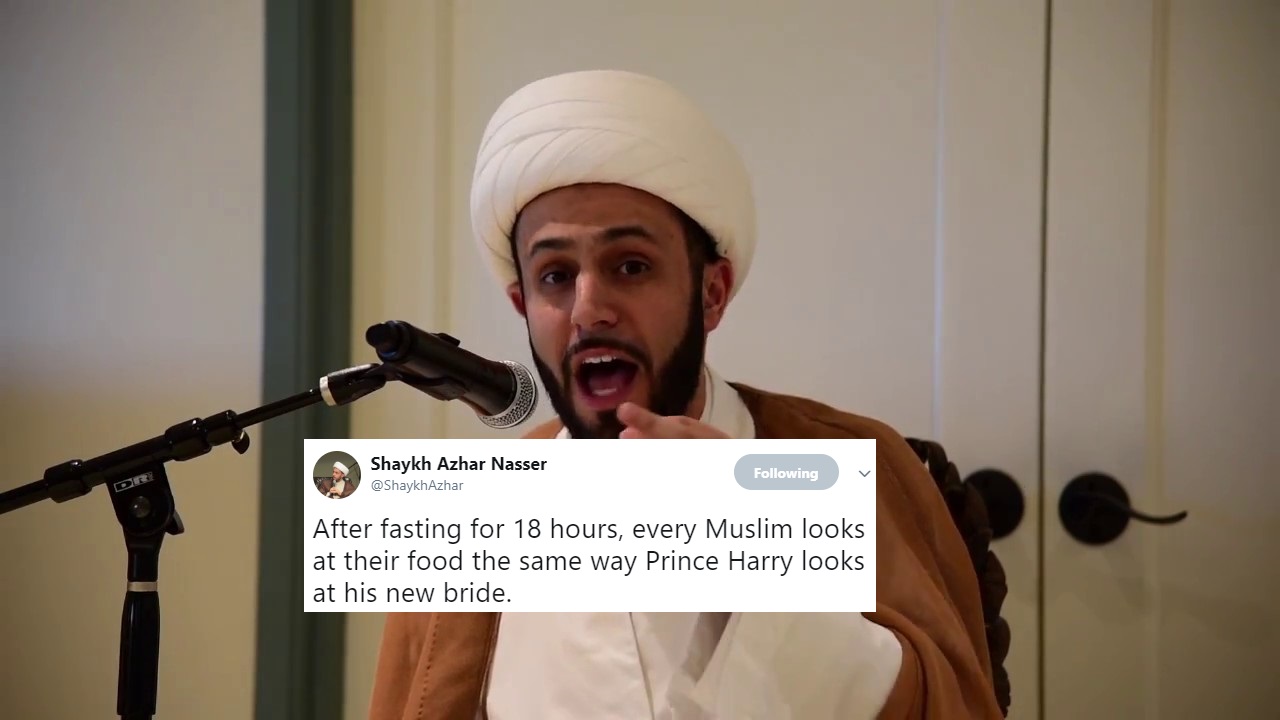 Shaykh Azhar Nasser is definitely not your typical Muslim cleric. The scholar is known to tweet hilarious comebacks to people who often share extremist Islamic beliefs. Shaykh, who lives in Canada, uses his Twitter to reach people in a very lighter manner, something Muslims of the modern era widely appreciated.

The religious adviser and lecturer is more active these days to tweet on important matters regarding Ramadan. Given the amount of knowledge he possesses, Shaykh receives a number of questions regarding Ramadan and he preaches his remarks in a hilarious manner.

Following Are Some of Shaykh’s Most Favorited Ramadan Special Tweets You’d Love to Read:

If you’re leading maghrib prayer during the month of Ramadan, be brief.

This is not the time to show everyone in the community that you have a long surah memorized.

While A Lot of Muslims Believe Otherwise, Shaykh Preaches on How It Is Important to Brush While You Are Fasting

You’re allowed to brush your teeth while you’re fasting.

You should brush your teeth while you’re fasting.

As Simple as Shaykh Says…

Do you know what’s worse than missing suhoor?

After fasting for 18 hours, every Muslim looks at their food the same way Prince Harry looks at his new bride.#TheRoyalWedding

Shaykh’s wife Laya Behbabani stole his phone and made the following tweet:

So Shaykh Stole her Phone and Tweeted this:

Alhamdulillah I am married to the most amazing man that walks this earth. I cannot enumerate his merits nor can I look directly into his eyes because he is so stunningly handsome.

O Lord thank you for my husband. Thank you from the bottom of my heart.

No, this is not Azhar.

While the preachers and clerics of Islam are often stern and serious in their representation of preaching the Quran and its teaching, Shaykh definitely uses a lighter, hilarious and of course, a meaningful approach which is widely appreciated. Most of the Islamic scholars stick to the generic form of topics and preach in a serious tone. Shaykh uses a different technique and yes, he has definitely gained love and respect.

This is not the first time Shaykh has managed to win the Muslim twitter – he interacts with the Muslims in a hilarious manner but remains totally on point, which makes him even more preached.

Kudos to Shaykh Nasser on using a different approach to spread the message of Islam. We need more scholars who can comment on different topics in such an open, heartwarming manner.