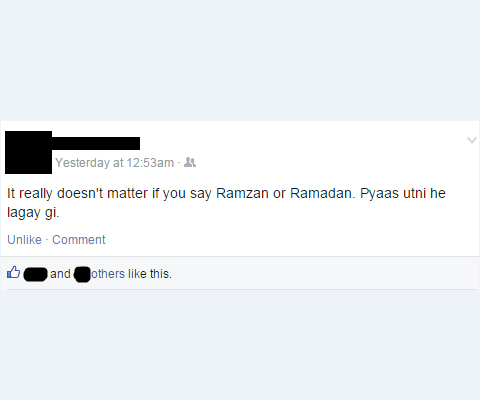 The month of fasting is here and the social media war has begun yet again: RamZan or RamaDan? 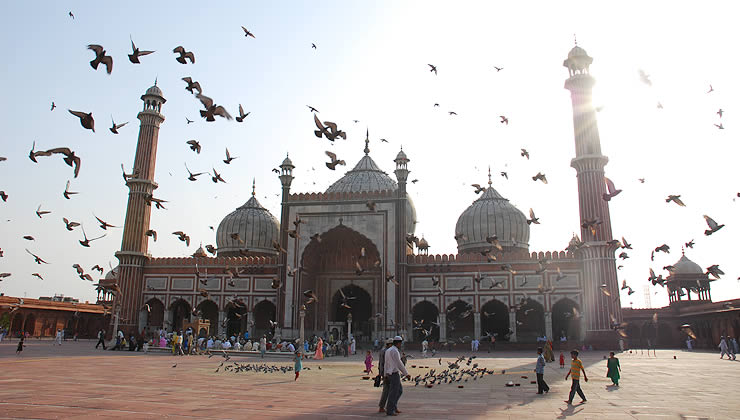 Many Muslims have started looking towards Saudi brand of Islam for inspiration. 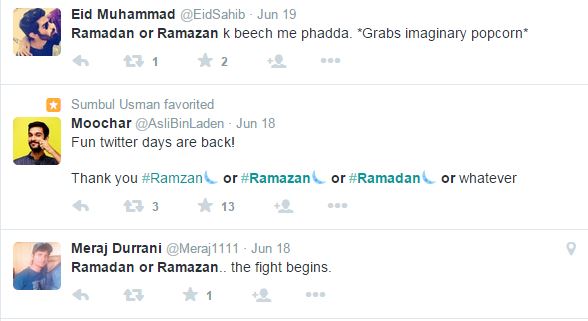 This constant battle is being fought over the name of the ninth month in the Islamic calendar, which is also when Muslims fast to commemorate the first revelation of the Quran to Prophet Muhammad (PBUH). Traditionally, in the past, most Muslims on the subcontinent have called this month by its Persian name, “Ramzan”, especially if they speak Urdu and Hindi. However In the past decade many of the subcontinental Muslims have rejected these traditional names and have started using what they believe is the Arabic word for it: Ramadan. 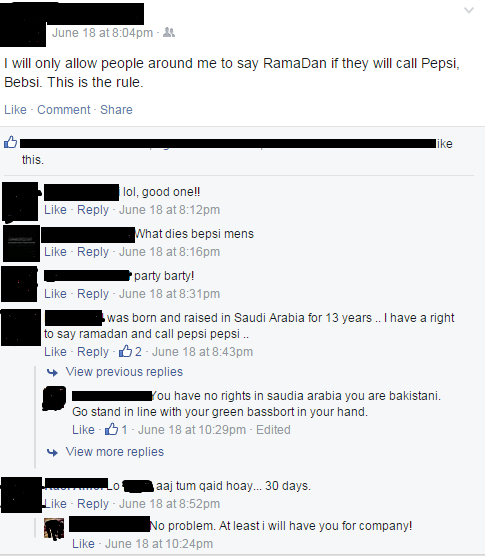 Ramadan is an Arabic word, and is pronounced with a “d”, not a “z”. But in Persian or Urdu, the “z” replaces the “d”. American and British English use Ramadan, while English-language dailies in Pakistan use both spellings. In Pakistan, most people say Ramzan when they speak Urdu, but many now prefer to use Ramadan at least when speaking in English.

Also some tend to believe that Ramadan is derived from “Ramad”, which literally means burning. It was called that because it burns the sins…

In the end, it’s about the freedom of choosing to speak, to spell a word whatever way you want. The word “Khuda”, a mainstay of cultural expressions such as Urdu poetry, is also being expunged, since God can only have an Arabic name. The standard Urdu expression for “goodbye” – “Khuda hafiz” – is now being bowdlerised to “Allah hafiz”. In conclusion, in spite of the intentions of speakers to mimic Quranic pronunciation, it’s a lot easier said than said correctly.

Also See: 8 Ramadan Images From Around The World That Will Revitalize Your Faith

Also See: 13 Beliefs About Ramadan That Are Just NOT True

This British Pakisaurus Urges All Pakistanis to Boycott Jurassic World!! Hilarious!
These 9 Saudi Kings Gave Birth to 316 Children in Total! Unbelievable!
To Top