How To Be Careful In This Rainy Season- Deaths Caused By Rain Are Increasing In Karachi!|Parhlo.com

Rain is an element that most people in Karachi tend to enjoy. This is because the city is always dry and barely receives thunderstorms or light showers, especially in the past couple of years. The monsoon season witnessed a sudden decline the previous year but it hasn’t been merciful in 2019. Considering Pakistan’s uneven roads and improper drainage system, even the slightest of rain can affect the whole city to shut down. Moreover, this isn’t the only concern because there have been multiple deaths due to the floods and mismanagement in maintenance within Karachi!

Death Toll Rises Due To Heavy Rain In Karachi:

Many areas had been shut down for more than 24 hours after the first few days of rain at the end of July. It resulted in citizens protesting against K-electric because their area had been down for 3-4 days. Not to mention, even bigger locations like DHA and Clifton suffered from a blackout. So smaller areas located in the depths of the city experienced an even worst situation. Hence, heavy rain in Karachi remains as nothing but a complication at this point. The real problem is that the rain caused the electric wires to dangle down to reach the roads. This ended up killing dozens of people who were electrocuted by the sudden electric wires pairing with the water on the ground. The death toll rose to 18 in about 2 days while a good number of people had been injured as well. 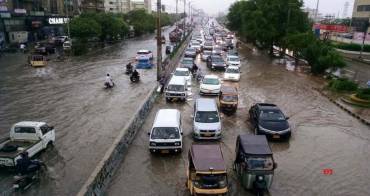 Furthermore, individuals living in poor areas, where their house hadn’t been constructed properly, tolerated the rain deeply than the rest. The rise in cases where roofs fell on top of families saw an increase as well. There were endless lines outside hospitals for the treatment of the victims of this heavy rain.

This isn’t a simple issue that one can shrug off quickly because heavy rain still keeps on affecting Karachi. And these people are in danger every time the clouds go dark. Additionally, if you live in a house or area that is naturally protected from the rain then you possess the leverage to enjoy this season. But that doesn’t mean you shouldn’t keep the struggles of people vulnerable to the weather, in your mind. This is why it is important to consider what one wishes for. The monsoon season can be heaven for one person while a nightmare for another.

The real blame is on K-electric as well for not developing the electric poles appropriately. It is atrocious to think that an electric wire has the potential to fall off during a season of rain. It has the ability to wipe out almost anyone that comes in contact with it. Moreover, the constant blackout in most areas is also the reason for the sudden rise in rain deaths in Karachi. There must have been sick, elderly, or disabled people within these homes that couldn’t have survived in an environment after a blackout. 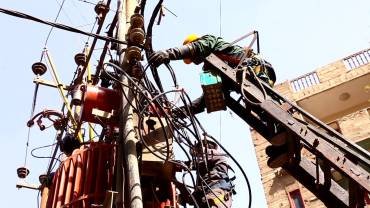 Not to mention, it causes breathing problems and considering the heat in Karachi, it is a terrible decision that K-electric couldn’t help out. NEPRA has said that K-electric would have to pay for the families of the people that had been electrocuted to death during the rain. It seems that K-Electric is looking into ways they can avoid such a disaster again. Their solution has been to shut off power completely so such incidents are prevented. However, that can create chaos as well. The most K-Electric should do is improve the wiring and electricity system in Karachi. But that doesn’t seem like an option.

However, there are certain ways that one can ensure they avoid any interaction that can cause them danger. Here are a couple of ideas to keep in mind to be careful during this season of rain:

Stay Away From Anything That Generates Electricity: 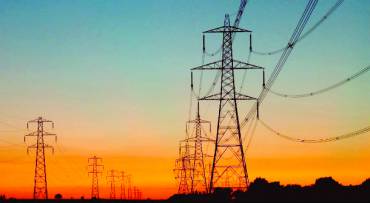 This is the first thing you should look out for if it starts to rain. You don’t know from where the water might come out leaking so better to stay away from electric wires, in your home or outside, even if they are dry. Also, try to avoid sockets as much as possible as well. The number one thing to understand is that never go near an electric pole if it is raining. It doesn’t matter if it is a slight drizzle. There is never a guarantee of these poles and considering the death toll, one can comprehend that K-Electric doesn’t do a great job.

Don’t Drive Or Walk In Areas That Are Flooding: 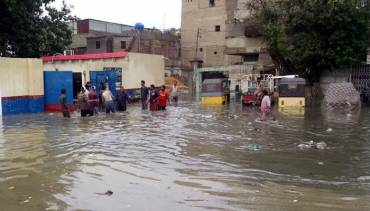 Pretty much, every area in Karachi experienced flooding which has caused unnecessary deaths as well. Once again, if there is flooding in a particular area, there is a high chance that it is also packed with electric shocks. Water can accumulate in almost any area and that can be close to an electric pole too. And driving in heaps of water is dangerous and has the potential to result in various accidents. So if you do need to leave during the rain then confirm that you thoroughly avoid such areas.

Better To Not Leave The House:

This is a point that a lot of citizens in Karachi won’t be able to agree on because once it rains everyone packs their stuff to enjoy the weather outside. However, one shouldn’t go outside if there is a risk of safety. There is a higher chance of getting electrocuted and suffering injuries if you go for an outing rather than spending time at home. However, if your house has a weak roof then staying at a relative’s would be the best possible option. Nevertheless, it is necessary to look at your circumstances to determine what decision would be better for you. Some might have the leverage to stay in their house while others couldn’t, so evaluate what works best for you.

What do you think of the situation? Is the number of deaths because of this rainy season in Karachi, shocking to you? Or was it obvious because of the poor infrastructure of the city? Share your thoughts.

Here’s Why Alkaline Water Is A Wellness Drink And You Need To Know Its Benefits!
India Continues To Violate Human Rights In Kashmir Firing Pellet Guns At Jumma Namazis In Srinagar!
To Top