The first T20i match between Pakistan and Australia has been called off due to rain. The match was being played at the Sydney Cricket Ground in Sydney, Australia.

God Almighty was on Pakistan’s side once again as an overpowering Flinch’s efforts were deduced by non-stop rain. This would have been Australia’s 6th consecutive T20i win. 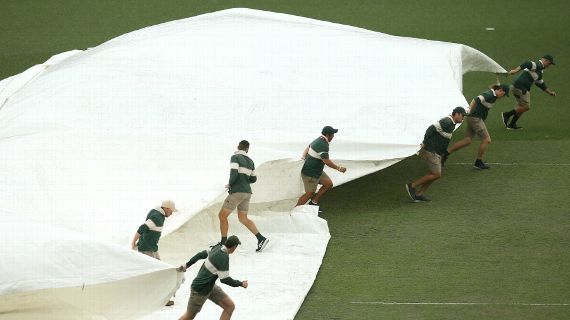 A stadium of almost 19000 people was left upset after rain continuously poured for one and a half hours. The match, due to the rain at the beginning, was already 15 overs. Pakistan managed to set a target of 119 runs for Australia.

As per the ICC rules, match officials can reduce the break to 10 minutes upon his wish, however, the 10 minutes proved costly for Australia. While Australia was batting, the rain started again. Only if the match had gone for 11 more balls, Australia would have been allotted the victory.

When Australia came out to bat, Aaron Flinch blazed the skies with some tremendous hitting. The Aussie managed to score 37 runs off 16 balls. Australia’s inning was called off due to rain at 41/0 in only 3.1 overs. Unfortunate for the Aussies, they were 11 balls short of an automatic victory. Flinch, alone, managed to a returning Muhammad Irfan for 31 runs in 2 overs.

Pakistanis on social media have been breathing huge sighs of relief, as a defeat was on the cards had rain not stopped play. However, there was a lot of praise for Babar Azam’s half-century in his first game as captain.

On the other hand, Aaron Finch’s efforts were cancelled out, but the cricketing world was all praise for his short but fiery inning. The second T20 will be played between Pakistan and Australia in Canberra on Tuesday.

Tezgam Inferno Leaves 50 Missing Three Days After The Incident!
SWVL Has Got Some Big Plans For Their Venture Into Pakistan!
To Top