Rahat Fateh Khan Rendition of NFAK's Rashk-e-Qamar for a Bollywood Film is Worth a Listen!

Be it because of a heartbreak or because of your love for qawwali and the King of Qawwali Nusrat Fateh Ali Khan, every other music fanatic has heard of his magical voice. Despite passing away years ago, Nusrat Fateh Ali’s voice still lives in every one of us.

Nusrat Fateh Ali Khan was adored in every nook and corner of the world, including India. While he covered a number of songs for Indian films, the music producers still use his Qawwali in their films and the upcoming Indian thriller Baadshaho is an example of it. 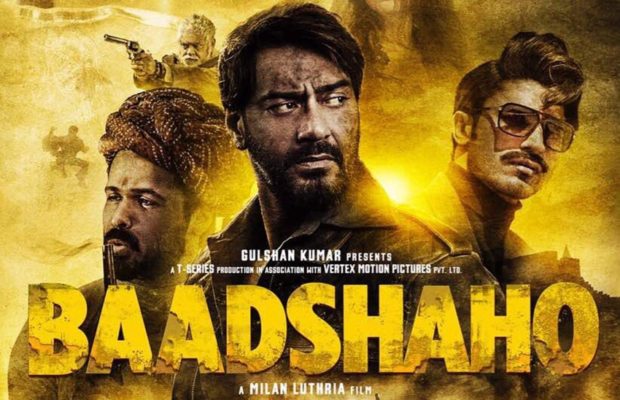 Starring Ajay Devgn, Ileana D’Cruz, Emran Hashmi and others, the film revolves around royalty in the Indian backdrop of 1975. The film released their first song, the rendition of Rashq e Qamar with a soulful blend. The song, given the commercial, Bollywood touch has made the rendition different from what we usually hear.

Amidst the soulful lyrics covered by Rahat Fateh Ali Khan, you will hear the magical voice of the man himself, Nusrat Fateh Ali Khan and his crew which covered this song back in 1988. The song, however, has a mix of old lyrics and new lyrics, the newer ones being written by lyricist Manoj Muntashir. The music also revolves around the typical Qawwali touch, making sure that even the NFAK followers don’t hate the rendition.

Here’s the Trailer of the Song Released for the Film:

In terms of visualization, if you ask me, despite knowing how beautiful the Qawwali/song is, because of the lyrics, of course, the lead actress in the film has added a very modern, “hot” look, which goes opposite the lyrics, which demand classiness.

As per the song is concerned, it isn’t as spectacular as the Qawwali (obviously), but the new touch is worth listening to it.

In Case You Didn’t Like it, Here’s NFAK’s Original Qawwali to Bring you Back in the Mood:

And Here’s the Famous Remix of the Qawwali:

What’s your take on this song? Share with us!

Here Is How You Can Travel All over Your City for only 50 Rupees!
First Woman to Win Mathematics’ Fields Medal, Maryam Mirzakhani Dies of Cancer
To Top