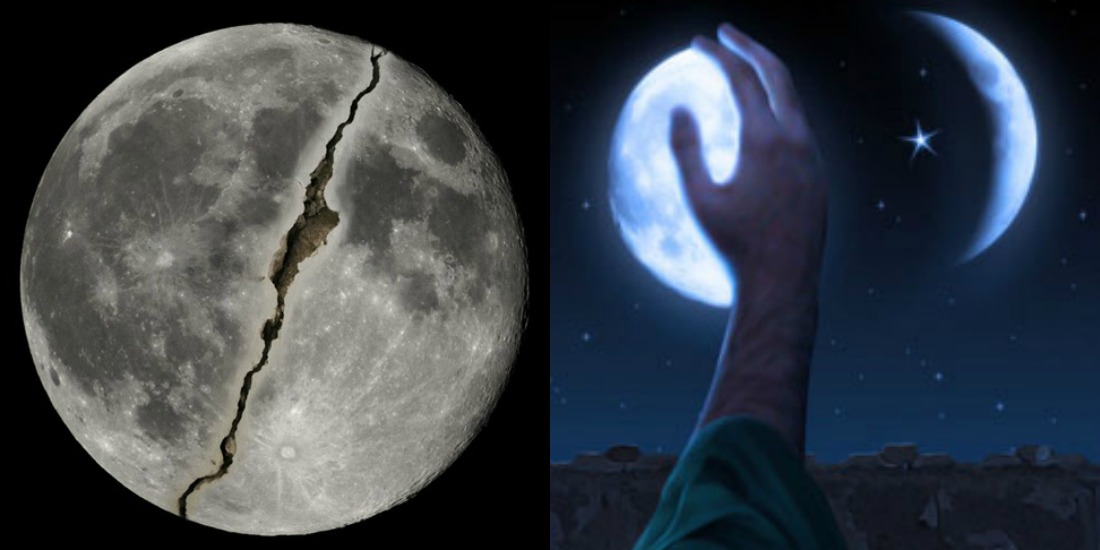 The doctrine of Islam. It tells us that there is no God but Allah, and Holy Prophet Muhammad (PBUH) is the last messenger. When Allah Almighty himself bestowed such a high rank on the Prophet (PBUH), who are humans to judge and question His word and order?

There was a time when the people, mostly Pagans, of Arabia questioned and doubted the rank bestowed on The Prophet (PBUH). They knew such a huge claim would indeed abolish their idolatry religion, thus, they demanded the Prophet (PBUH) to show and prove his rank through a miracle.

The Miracle of the Splitting of the Moon 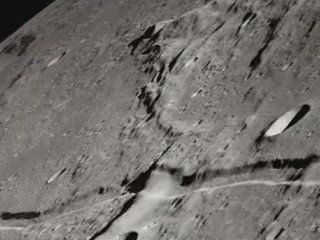 Before the Holy Prophet (PBUH)’s migration to Medina, the Pagans demanded him to perform a miracle to back his claim of being the last Messenger. Among the Quraysh Pagans present were: Walid bin Mughira, Abu Jahl. As were bin Wail, As bin Hisham, Aswad bin Abdi Yaghus, Aswad bin Muttalib, Zama bin Aswad, Nadr bin Harith and others.

It was demanded that: “If you truly are a Prophet that has been appointed by Allah, then split the moon in half. Let it be in such a way that one-half will appear over the Mount Abu Qubais and the other half will be seen over Mount Quayqian.”

The prophet Muhammad (PBUH) replied and asked them: “If I do it, will you become Muslims?” The pagans answered with: “Yes, we will.”

On the 14th night, with the full moon in sight, the Holy Prophet (PBUH) prayed to Allah and asked him to bestow upon him the miracle demanded by the Pagans. Soon after, Hazrat Jibrael (AS) informed The Prophet (PBUH) that Allah had accepted his prayer, thus, He called upon all of  the Meccans to witness the splitting of the Moon.

The Holy Prophet (PBUH) then split the Moon in half by Allah’s will, and said: “O Abu Salam bin Abdulasad! Arqam bin Abel  Iqram! Bear Witness!” – and so they did! 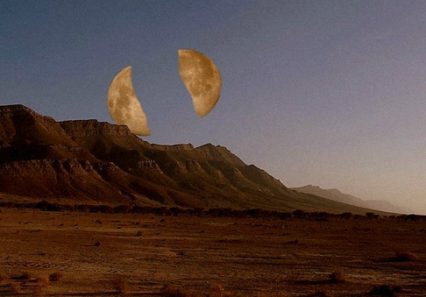 The Holy Quran has mentioned the incident, the miracle, recorded in verse (54:1): “The hour drew nigh and the moon was rent in twain. And if they behold a portent they turn away and say: prolonged magic. They denied (the Truth) and followed their own lusts. Yet everything will come to a decision.”

According to Indian history, a King named Chakrawarti Farmas claimed to have seen the parting of the Moon himself.

It is recorded in an Indian historical manuscript (The Indian manuscript is kept in the India Office Library, London, which has reference number: Arabic, 2807, 152-173). It is quoted in the book “Muhammad Rasulullah,” by M. Hamidullah, which reports that:

“There is a very old tradition in Malabar, South-West Coast of India, that Chakrawati Farmas, one of their kings had observed the splitting of the moon, the celebrated miracle of the Holy Prophet (peace be upon him) at Mecca, and learning, on inquiry, that there was a prediction of the coming of a Messenger of God from Arabia, he appointed his son as regent and set out to meet him. He embraced Islam at the hand of the Prophet, and when returning home, at the direction of the Prophet, he died at the port of Zafar.” 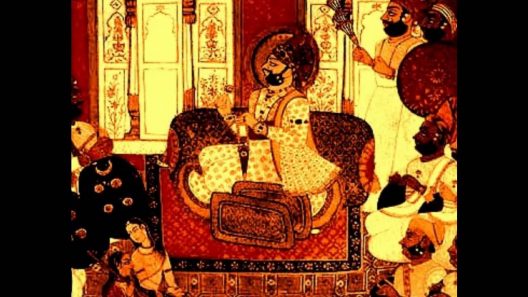 This Indian manuscript preserved in the India Office Library also has other incidents of Raja Chakrawarti Farmas’ time spent with the Holy Prophet (PBUH).

The Indian King’s meeting with the  Prophet (PBUH) is mentioned in the books of Ahadith. In Al-Hakim’s Mustadrak, it is reported that Abu Sa’id al-Khudri said: “Then the King of India gave Allah’s Messenger (peace be upon him) a gift, a bottle of pickle that had ginger in it. The Holy Prophet distributed it among his Companions. I also received a piece of it to eat.”

The most complete religion of all, Islam never makes claims that it cannot defend. This is the reason that it is the world’s fastest growing religion.

Here Is How You Can Attain A Zero Size Figure Like A Supermodel!
Deaths Of 7 Villains That Made Us Really Happy
To Top