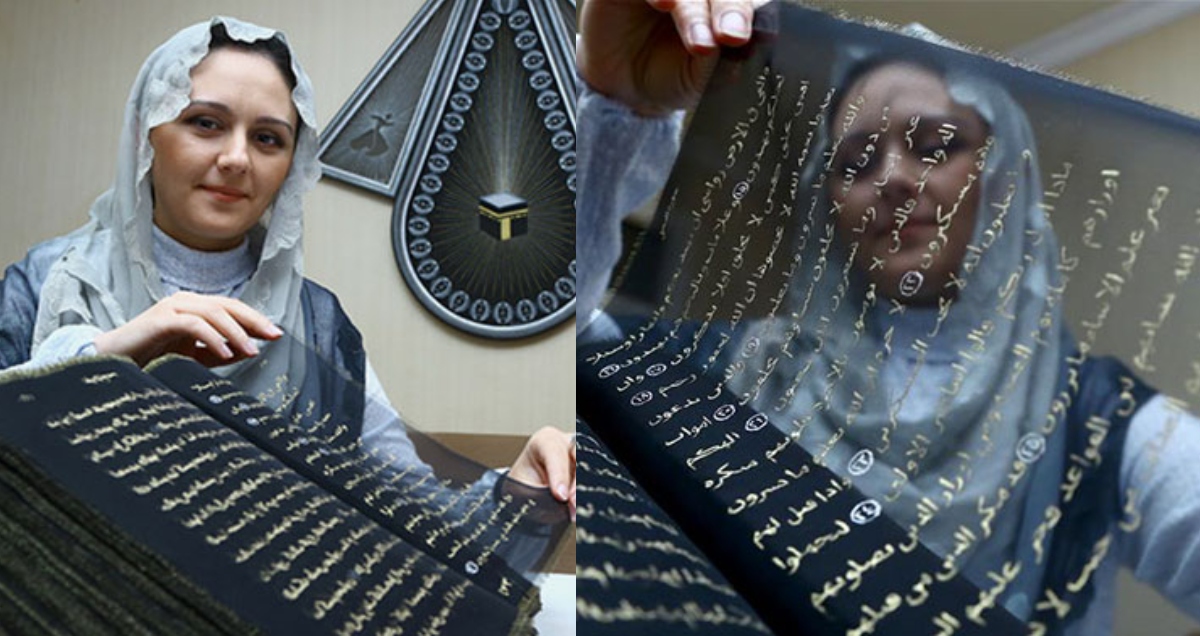 From time to time, people pull off the most magical deeds. Things that leave a person mesmerized. A similar feat has been achieved by a Muslim painter, who spent 3 years of her producing art worth billions.

This is the story of Azerbaijani painter Tunzale Memmedzade. Tunzale spent 3-years, dedicating her life to rewriting the Quran with gold on silk pages. The result is so captivating that it would even melt the heart of an atheist. 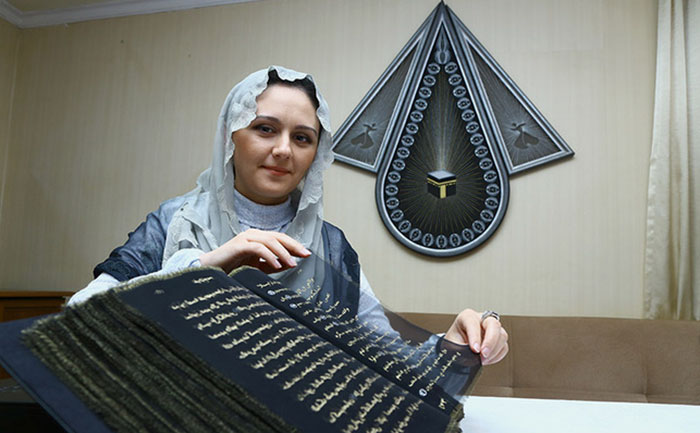 Tunzale project of rewriting the Quran started after she investigated the process of rewriting the Holy book. The Quran has been rewritten on so many different materials, but Tunzale found out that nobody had written it on silk. 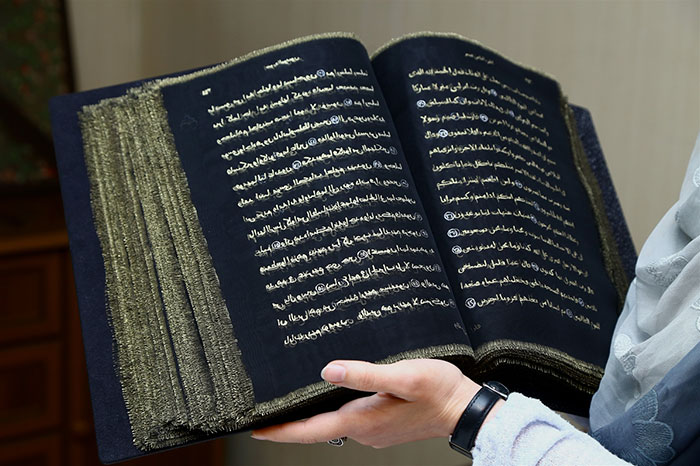 Tunzale took the official version released from the Diyanet, the Turkish Presidency of Religious Affairs, as the main source. A little more than 3 pints of liquid gold was acquired, along with silver. The canvas of the Quran on silk was 164 feet of 11.4″ x 13″ – Tunzale used the finest silk available in blue color. 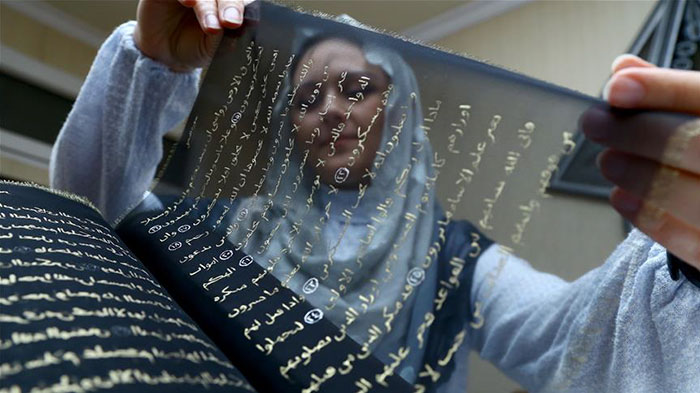 Moreover, this version of the Quran is being considered a masterpiece. During the process, no laws of the Quran were violated, as the Quran provides a lot of references of silk itself.