Quetta vs Islamabad: Who Will Be The Champion? 15 Tweets Anticipating The PSL Final 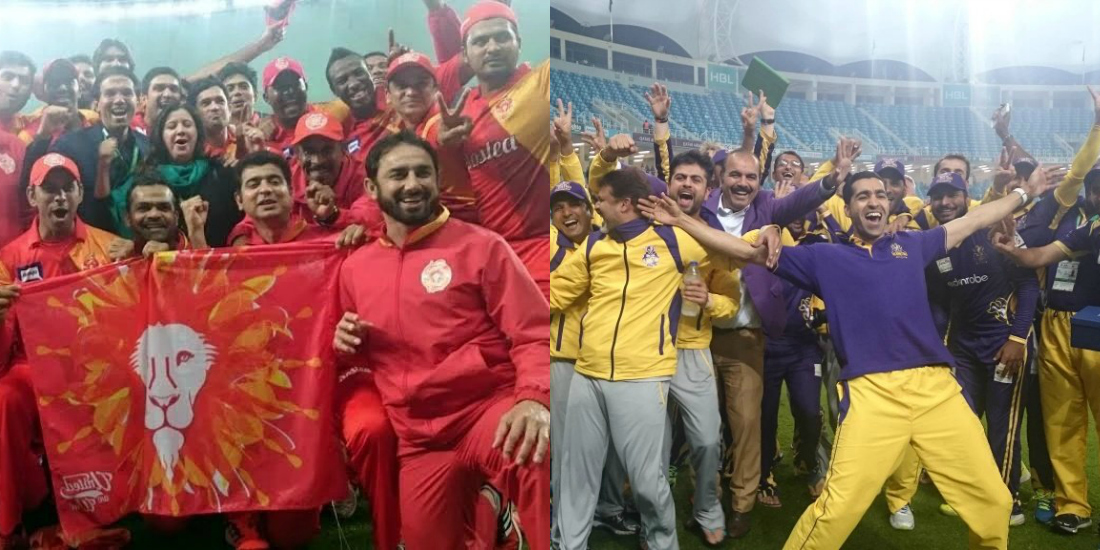 The much anticipated final of the Pakistan Super League is finally here – two sides that were best recognized as underdogs before the tournament began are here and contesting in this first ever PSL final. Islamabad United take on Quetta Gladiators for the throne of the league. Two sides that ripped apart all unpopular opinion, after waves of banter from all sets of fans.

Here are some tweets for the BIG GAME – just to let you know what people expect.

1. When one Islamabad United fan finally spoke the murdering truth about Karachi and Lahore not making it to the final..

2. Wasim Akram vs Sir Vivian Richards – summing up the final between Islamabad and Quetta

So, its all came down to this..
Wasim Akram vs Viv Richards#QGvIU

3. When it actually became a raw and retaliated game between the Establishment and the Sarmachars

So Quetta takes on the glorious Federal Capital in a much awaited final tonight. Let's see who lifts the first #PSL trophy. Its big! #QGvIU

4. When an Islamabad supporter blatantly declared Quetta Gladiators as the most deserving team in the PSL

5. When the cricketers of Quetta Gladiators were warped into Pashtuns and Baloch nationalists

These are the brave souls who are fighting for baloch rights. Way to go boys make us proud!
#QGvIU pic.twitter.com/vnuzluxAvP

6. When the stats proved that Quetta have been the most superior side in the tournament

Out of the nine matches they have played, Quetta Gladiators have chased on seven occasions and lost only once #QGvIU

7. It’s a fact – Pakistan plays India in on Saturday and nobody, we repeat, nobody has noticed it because of the PSL

You know what is the BEST part of PSL? Its India vs Pakistan in 4 days and nobody is giving a DAMN! ? #PSL #QGvIU

8. One man vs the whole team? Not fair my friend, not fair

Tension who to support tonight.. Misbah is inspiration.. and quetta has made an inspiration!!! #QGvIU #PSL

9. When Sam Billings replied to a tweet in Urdu – absolutely savage!

10. Fun fact: Quetta Gladiators vs Islamabad United was the first and will be the last match of the tournament

11. Either they’re HUGE cricket fans or just bluffing – everybody bluffs on Facebook

Looks like the whole of my facebook are either in Dubai or traveling to for the #PSLFinal. #HBLpsl

12. The GREAT Alan Wilkins with some fantastic Urdu shayiri in regards to the Pakistani nation and their love for cricket

13. When somebody’s wit outplayed it all – Karachi’s weather vs Lahore Calendars

14. And some Pakistani fans were there 4 years ago and they’re going to be here tonight

4 years ago on this day I was a huge Afridi fan & saw Pak beat Eng in a T20 in Dubai. Today, it's all about Misbah. pic.twitter.com/u4yBp75nQF

15. Lastly, the PSL and PCB’s big fish Najam Sethi declared the final a SOLD OUT – so please, don’t travel to the stadium without a ticket

Those who do not have tickets to PSL FINAL in Dubai are requested NOT to come to the stadium because ALL TICKETS HAVE BEEN SOLD OUT.

So, which team are you supporting? Will it be the greens of Islamabad or the mountains of Quetta?

Also see: Why Everyone Considers Peshawar Zalmi As The LADLA Of PSL

Also see: Straight To The World Cup: Who Is Nawaz? The PSL’s Biggest Gainer