These Questions Raised After Aamir Zaki's Death Are Very Alarming! 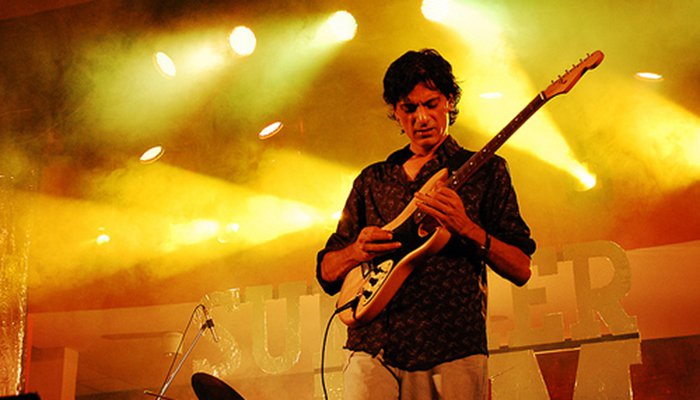 It is like the end coming closer and closer. Another legendary figure who made our teen years so beautiful bids us farewell. He was forgotten by many – forgotten by those who were his fans but didn’t remember him enough. Aamir Zaki – a man who was cherished by Pakistanis took his last breath yesterday and passed away due to cardiac arrest.

friend, teacher, musical genius and one of my favourite guitar players of all time, Aamir Zaki, has passed away in Karachi, so long brother

Aamir Zaki was a part of Pakistan’s music industry for more than two decades. He was, in fact, the vital part of the era which profoundly led to the revival of the music industry.

However though, in a recent interview shared by close connection, it is stated that Zaki was battling depression and was facing financial constraints as well. The conditions for Zaki were so severe, he was unable to pay off the rents without any ease.

Omg. Shit!
According to this article, Aamir Zaki was battling severe depression and financial issues was one of the reasons pic.twitter.com/PbJmRtVhK3

Here’s Where This Girl Anum Zainab Raised Some Questions Which Require A Lot Of Attention!

– Sadly, Aamir Zaki died due to a Cardiac attack. His dead body is lying at Edhi center, Sohrab Gaoth. In his last conversation, which was revealed by his coworker, Zaki requested him to arrange money so that he’d pay his rent & bills. Above all, he is patient of bipolar disorder & could no longer afford the treatment and therapy sessions which eventually became the reason for the attack which he’d not survive.
As much as I am saddened by his death, there are few questions whose answers are important to prevent our legends (and everyone in general) from such miserable ending of life.
A) Where was the music fraternity throughout this time when he needed their support? He was an artist, he knew his work like no other does, all he wanted was work to survive. He hadn’t begged for money but for work, money would have followed it.
B) Where are the so called die heart fans? There also worship the sun but forgets it as soon as the sun starts to settle. Zaki was in the country throughout this time so you can’t really blame him that he had flown away so you’d not reach out to him. Though in today’s time of Internet, this distance excuse is no more an excuse now.
C) It seemed that he have had some issue with his family. Fair enough, they should have come to claim his dead body at least. What is more of a lesson that when it’s time to earn well, you must spend carefully and always try to have some savings for your good? This world is a shitty place and one must not trust it by giving all of his belongings and expect a return when you need. That barely happens.
Rest in Peace #AamirZaki. You couldn’t showcase all that you have got, to us and this will leave us wanting you more than ever. For now thank a ton for giving us ‘Mera pyaar tum hi ho, tum hi tou ho’

This is not the first time a Pakistani legend, who we all cherished, was forgotten. Aamir Zaki was not only a patient of depression but was bipolar who was having financial issues. He was unable to pay off his load and he was in need of work. Despite that, even his family, as claimed, wasn’t there when he needed them during his last moments.

We Pakistanis, we forgot about another legend who needed us. RIP Aamir Zaki!