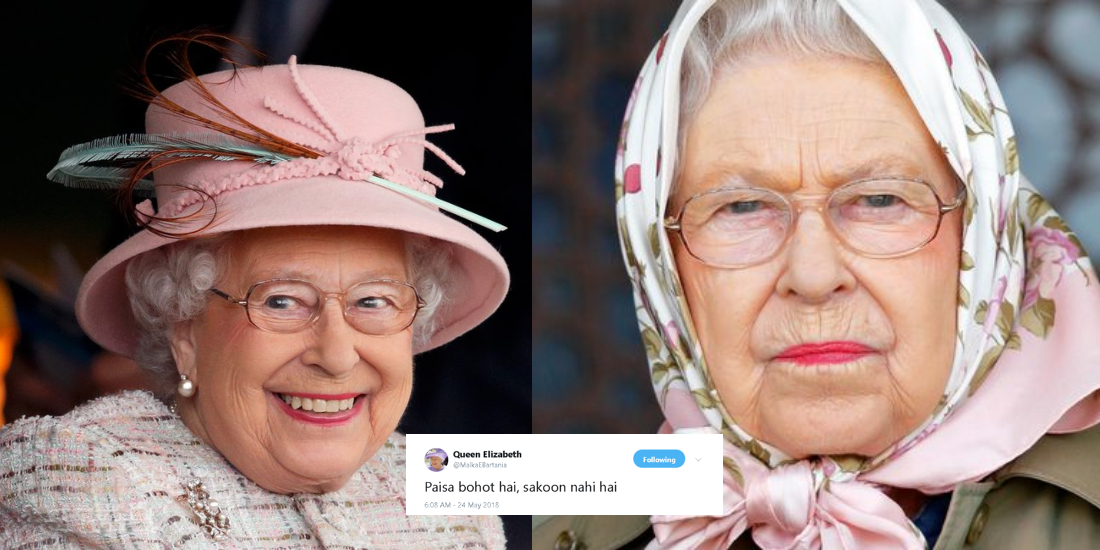 And not just memes, people went as far as dubbing the videos of the wedding in many languages and making them viral all over social media. These dubbed videos were so hilarious that people’s couldn’t resist tagging their friends and laughing their butts off. Amidst this creative mess of memes came another amazing thing – someone on Twitter took it upon themselves and made a parody account of Queen Elizabeth and they are tweeting some hilarious stuff!

LOL! This is news!

Woah! We feel bad for the loss

WTH!! This is hilarious

"Queen Eli, send me your nudes!" – Said no-one ever

AND THERE ARE SOOOO MANY MORE!!

No matter what, these tweets have made the difficult summer Ramazan a bit bearable. The light-hearted humour hurts no one. Queen’s grumpy expressions and the typical Urdu tweets; This has to be the best! Queen Elizabeth’s secret of long life. Mashoor e zamana! The evergreen beauty is now spreading smiles on millions of Pakistani faces, that too without even her knowledge!

Do you guys know any other royal parody account that should be noticed? Mention it in the comments below to let other people know. Cheers!

Want to Drive Your Own Porsche in Pakistan? Read On To Find Out How
Good Grades Are Not Enough To Survive In This World
To Top