Qatar has temporarily barred travellers from 14 countries as a precaution against the rapidly spreading coronavirus. The government announced the decision on Sunday as the cases in Gulf country rose to 15.

An advisory by Qatar’s government communications office uploaded the statement on its website. “In addition to Qatar Airways announcement regarding flights to and from Italy, entry to the State of Qatar is temporarily suspended for all those intending to travel from certain countries, as of March 9, 2020.”

Moreover, according to a statement from the Pakistani embassy in Doha, the ban applies to visit visas, family visas, and iqama holders uniformly. The statement added the embassy is in contact with Qatar’s foreign office and will apprise Pakistani nationals about any development. The embassy also advised passengers to avoid travel from Pakistan to Qatar. 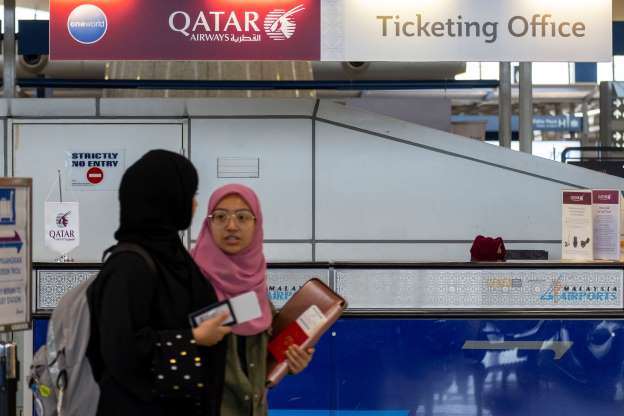 Qatar Airways, the country’s national carrier, had already suspended flights to and from Italy, one of the hardest-hit countries.

Pakistan has seven confirmed cases of the coronavirus

Furthermore, so far, Pakistan has reported seven confirmed cases of the coronavirus, with one youth having recovered from the disease.

The case was reported from Karachi, according to a statement from the health department of the Sindh province. The new case has been confirmed a day after the first patient was discharged from hospital after fully recovering.

However, like the previous six cases, the new patient had a history of traveling to neighboring Iran, which has reported the highest number of deaths after China and Italy.

This was the fourth case reported from Karachi alone. The other three cases in Pakistan were reported from the capital Islamabad and northern Gilgit-Baltistan region. Authorities say all the patients are in stable condition.

The coronavirus emerged in Wuhan, China, last December and has now spread to more than 100 countries across the globe. The global death toll is nearing 3,800, with more than 103,000 confirmed cases.