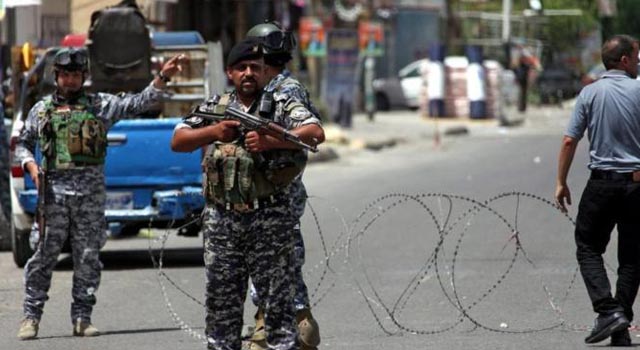 On Wednesday, Iraqis will head to the polls to elect a parliament amid a level of violence not seen for years. Unlike 2010, when voters’ focus was on corruption and governance issues, this year, much of the focus will be on security.

The return of Prime Minister Nouri al-Maliki to power would only worsen the social and political divide in Iraq, according to Iraqi analyst Zaid al-Ali.

Al Jazeera spoke to Ali, who is a lawyer focusing on comparative constitutional law and is author of The Struggle for Iraq’s Future which was published in February 2014 by Yale University Press.

Al Jazeera: Can you explain the political and security context within which Iraqis will cast their votes, and highlight new elements introduced into the election scene this year?

Zaid al-Ali: The security situation varies from province to province in Iraq. In Anbar, Salah al-Din, Mosul, Dyala, Baghdad and a few other provinces, security is awful, with Anbar ranking at the bottom, obviously. Other provinces are not safe, but are certainly safer; they include Basra, Maysan, Nasariya, among others. Finally, the Kurdistan region is very safe and Iraqis will not have to worry about voting in that area, although I should note that there is always some election-related violence in Kurdistan, given the intensity of the competition there.

Given how volatile the situation has become, the government has implemented a number of measures to try to control violence on election day. This entire week is a holiday in Iraq; curfews are being imposed, and now even flights into Iraq are suspended, all supposedly for security.

What is new on this occasion is the role that race, religion and sectarianism are playing in the campaign. In 2010, when violence was comparatively low, Iraqis focused on corruption and governance issues in the campaign. Now because of the resurgence in violence in various parts of the country, Iraqis have retreated into survival mode and that is how the campaign is being shaped. Several electoral campaigns are being framed in very blatant terms, including messages such as “We are the only people who can defend you.”

In that context, Maliki is getting much of the blame for the failures of the past eight years and there is a significant campaign among many forces to make sure he is removed from office. We will have to wait and see how things play out, but there are significant cards that are being stacked against him.

AJ: In what way would elections contribute to a decrease or increase in social and political divides?

ZA: It will depend on the outcome. If Maliki is returned as prime minister for a third term, many forces in Iraq – some political, some armed – will react negatively. Some may very well withdraw from the political process altogether, while others will certainly increase their armed opposition to the government. In that context, a Maliki third term can only worsen social and political divides.

If, however, Maliki is removed from office, then that opens some space to repair community relations in the country. Obviously that will partially depend on who replaces him, but whoever it is will automatically, if only by virtue of not being Maliki, open up the possibility of reestablishing strong community relations and repairing the damage that has been caused over the past few years.

Now because of the resurgence in violence in various parts of the country, Iraqis have retreated into survival mode and that is how the campaign is being shaped. Several electoral campaigns are being framed in very blatant terms, including messages such as ‘We are the only people who can defend you.’

AJ: What is your take on the electoral law, platforms and alliances? How different is it from 2010? What are the major issues being debated and to what extent are sectarianism, money and networks of patronage being used as tools to secure voters’ support?

ZA: The electoral law itself is not especially problematic. What makes Iraqi elections very problematic, however, is the absence of a law regarding political parties. Because there is no law regulating the activities of political parties, we essentially have no way of knowing where parties get their money, where and how they keep it and what they do with it.

Itâ€™s extremely problematic because parties in Iraq are very corrupt and since 2003, have established deep roots in the state: They have access to ministry funds and to contracts; they own property, businesses, televisions channels, etc. They have essentially established business empires for themselves, but we have no way of knowing, let alone controlling what they do with those funds.

What we know based on the word on the street is that the parties use those funds to buy influence, by offering jobs to unemployed young men, by giving cash handouts to selected groups in exchange for their support, by giving land to people as well. The parties steal from the state and give part of what they steal to the people supposedly as an act of charity. Thankfully, it seems that people are seeing through that tactic and many are vowing now not to vote for Maliki or the State of Law Alliance.

AJ: What is the view among Sunni voters, with an expected low turnout and possible boycott, and why? Can you briefly map out the strong forces among Sunnis/Shia/Kurds?

ZA: I doubt there will be an organised boycott among Sunnis. But I do expect that many people will simply stay away from the polls because there are simply no good candidates to vote for and who have a reasonable chance of winning. The main choices in the Sunni provinces are essentially parliamentary speaker Osama al-Nujaifiâ€™s Mutahidoun group, Deputy Prime Minister Saleh al-Mutlakâ€™s Arabiya group, and former Prime Minister Ayad Allawiâ€™s group. All three of these individuals are seriously tainted because of their involvement in Iraqâ€™s political development over the past 10 years. Competition is between a series of very poor choices, which is proving to be very uninspiring for people in those provinces.

Among Shia groups, there are three main forces: Malikiâ€™s State of Law Alliance, Amar al-Hakimâ€™s Citizens Group, and Muqtada al-Sadrâ€™s Ahrar group. Although I do not think highly of any of these individuals, Hakim and Sadr have the advantage of not being Maliki. Hakim also is in a slightly better position than Sadr because he refused to participate in Malikiâ€™s second government, which necessarily gives him more credibility in comparison to Sadr.

In the Kurdistan region, the main groups are Massoud Barzaniâ€™s Kurdistan Democratic Party, the Gorran movement, and Iraqi President Jalal Talabaniâ€™s Patriotic Union of Kurdistan [PUK]. What is interesting is the extent to which the PUKâ€™s fortunes have fallen. They have already lost control over their traditional bastion of Sulaymaniyah, their long-time leader is extremely ill and has been absent from Iraq for longer than anyone can remember, and the party has become synonymous with corruption and nepotism. Gorran is expected to benefit from the PUKâ€™s decline, but we will need to see to what extent.

AJ: Can you shed some light on the role played by regional interlocutors in influencing the Iraqi vote, and what are the stakes for regional players in the elections?

ZA: Regional forces continue to play a negative role in the country. Iran, Gulf countries, Turkey, the US, continue to nurture important relations with particular politicians and political groups in the country. Often, they offer funding and provide political support. Of course, the absence of any legislation on the matter in Iraq makes it all the easier for that to happen, but the countries in question are very aware of the nefarious impact that their influence is having.

For example, after the ‘Sunni demonstrations’ started in various provinces to protest against Maliki, financing started flowing from the Gulf. Even when the vast majority of protesters lost interest a few month later, the protests continued, only because they were still receiving financing, most of which was stolen incidentally.

Insofar as their interests are concerned, obviously that depends on the country, but for the most part they are merely trying to undermine each otherâ€™s interests – sectarianism is another factor, obviously. As soon as the phenomenon of foreign influence starts, it becomes self-perpetuating: Country A involves itself in Iraqi internal affairs to exert influence, and then all of a sudden country Aâ€™s enemies also involve themselves in Iraq merely to undermine country A. And then it perpetuates until some new factor is introduced into the equation to break the cycle. That new factor has yet to emerge.

AJ: In a recent article about the elections you concluded that: ‘There can be no newcomers and no major surprises.’ Can you elaborate why this is the case? And what are the chances that Maliki would make a comeback?

ZA: There is a very simple reason why newcomers will not have a serious chance to compete in these elections: They have no way of making their voices heard. They have no money, no access to the media; they cannot campaign nationally because of security, etc. Who will know that these people exist?

There is some chance that some very localised groups, particularly in provinces with slightly better security, might be able to make some inroads in the elections, but they are very unlikely to make any difference even if they are elected. There is some precedent for that: In 2009, a single independent candidate in Karbala province obtained the largest number of votes by far based on his reputation for integrity, but because he was only a single person, he was marginalised by the political parties and was prevented from making a difference.

Insofar as Maliki is concerned, the factors that he has in his favour include his access to the vast patronage networks that he has established and nurtured over the past few years, and his control over the security forces and the courts. The factors that run against him are his declining popularity, and the fact that just about every party outside of his alliance wants him out of government altogether. At this stage, I would say that he still has some chance of remaining in office, but it is far from certain that he will pull it off.