President Putin Quotes Quran and Appeals For Peace In Yemen|Parhlo.com 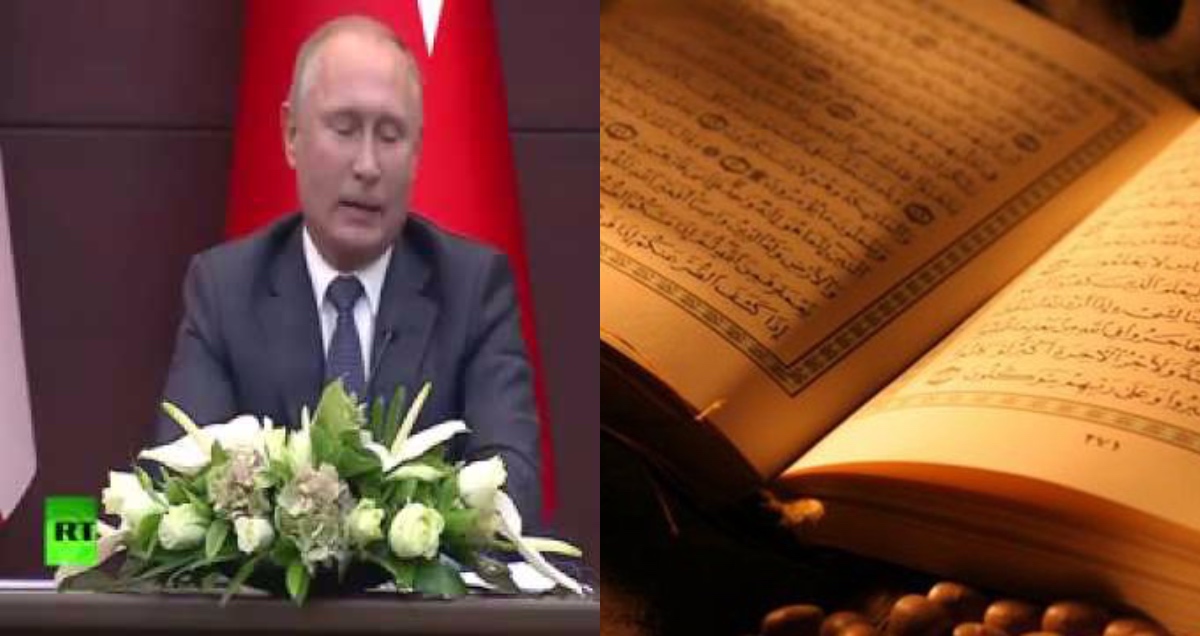 Islam is the religion of peace. The religion of Islam is a complete way of life, “Deen”. The notion of peace in the Quran is so alluring that even President Putin got yanked by it and recited the verse of Quran, depicting peace in Yemen.

In an unexpected move, Vladimir Putin, the president of Russia has requested the Muslim nations to stumble and end to the unending war in Yemen by excerpting a verse from Surah Al-Imran of the Holy Quran.

The coalition of Muslim countries under the umbrella of Saudi Arabia (KSA) and in the leadership of General Raheel Sharif is battling against Houthi rebels in Yemen. Resultantly, tens of thousands of Muslims are dead.

Vladimir Vladimirovich Putin was born 7 October 1952. He is the President of Russia since 2012, earlier carrying the same position from 2000 until 2008. In between his presidential era, he remained the Prime Minister of Russia in the time of President Dmitry Medvedev. 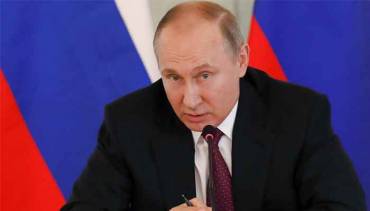 Vladimir Putin was born in Leningrad, Russian (SFSR). Putin studied at Leningrad State University, graduating in the subject of Lar in 1975.

Besides, President Putin was a KGB foreign intelligence officer for almost 16 years. He resigned in 1991 to enter politics. He went to Moscow in 1996 and associated with President Boris Yeltsin’s government, where he worked as director of the FSB, the successor agency of KGB and later on as prime minister.

‘You became brothers by His grace’: Putin quotes Koran in appeal for peace in Yemen

He quoted the verse 103 Surah Al-Imran of the Holy Quran, “And remember the favour of Allah upon you – when you were enemies and He brought your hearts together and you became, by His favour, brothers.”

Both Erdogan and Rouhani commended Putin’s statements, requesting an end to Saudi Arabia’s invasion of Yemen. President Putin also extracted another Islamic instruction, saying that violence is only allowed in self-defense. He recommended – semi-jokingly – the Kingdom of Saudi Arabia buy Russian air defense system, s400, just like Iran and Turkey.

The president of Russia, Putin’s references to the holy Quran were lauded by President Recep Tayyip Erdogan and Iran’s President Hassan Rouhani, who are Sunni and Shia Muslims, individually. Both administrators reproved the Saudi-led intrusion of Yemen. 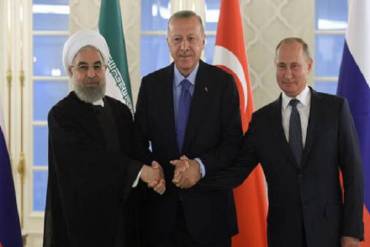 What started as a civilian war between the radical Houthis and the Saudi-backed administration intensified into an air battle driven by the Saudis and into a full-scale ground intrusion in 2015. However, the Saudi led coalition has not succeeded in defeating the Houthis in the last four to five years.

The ongoing war on Yemen and Syria are both the products of Shia Sunni rift, meaning Iran vs Saudi Arabia. In addition, the two sects- Shia and Sunni – have divided Muslims after the death of Prophet Muhammad (SAW). Owing to this rift, Muslims around the globe have suffered enormously.

Expectantly, the role of Russia and Turkey may help in putting an end to the catastrophic ongoing war in Yemen and Syria.

Hyundai And AkzoNobel Held A MOU Signing Ceremony For Future Business Endeavors!
7 Of The Best Cadet Colleges In Pakistan That Produce The Most Capable Military Officers!
To Top