Putin: Kiev authorities are junta if they use force against civilians - Parhlo 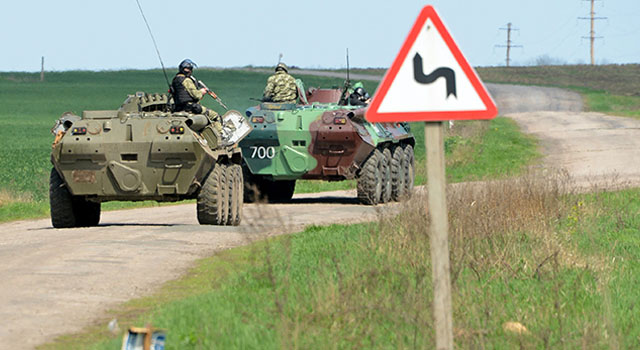 If Kiev authorities have started to use force against the civilian population, this is a serious crime, Russian President Vladimir Putin said. Taking this action makes them a â€œjuntaâ€ and may affect their relations with other countries, he added.

According to Putin current situation in East Ukraine is another proof Russia was right when it supported Crimeans, when they decided to have a referendum.

â€œ[Otherwise] it would have seen there the same things which are now happening in the east of Ukraine, or even worse,â€ he said. â€œThatâ€™s one more proof to the fact we did it all right and in time.â€

Putin believes that the use of force by the coup-imposed government in Kiev means that itâ€™s actually a junta.

â€œIf current authorities in Kiev have done this [used force], then they are junta,â€ the president said. â€œFor one thing, they donâ€™t have nation-wide mandate. They might have some elements of legitimacy, but only within the framework of the parliament. The rest of the government bodies are for various reasons illegitimate.â€

Vladimir Putin described the use of force in eastern Ukraine as a â€œreprisal raidâ€ and said that it would have an impact on Russian-Ukrainian relations.

Earlier in the day, fighting erupted just outside Slavyansk, a town in eastern Ukraine where the population voiced their protest against the Kiev authorities. Ukrainian troops in tanks and armored vehicles have been trying to break into the town.

According to the Ukrainian Interior ministry, at least five self-defense guards have been killed and one policeman injured after the â€œanti-terrorist operationâ€ launched by Kiev in the town. Three checkpoints erected by the anti-government protesters have also been destroyed.

On Wednesday, authorities in Kiev announced they were resuming a military operation against protesters in eastern Ukraine, which they described as an â€œanti-terroristâ€ one.

Protesters believe the move was contrary to the agreement on de-escalation reached in Geneva.