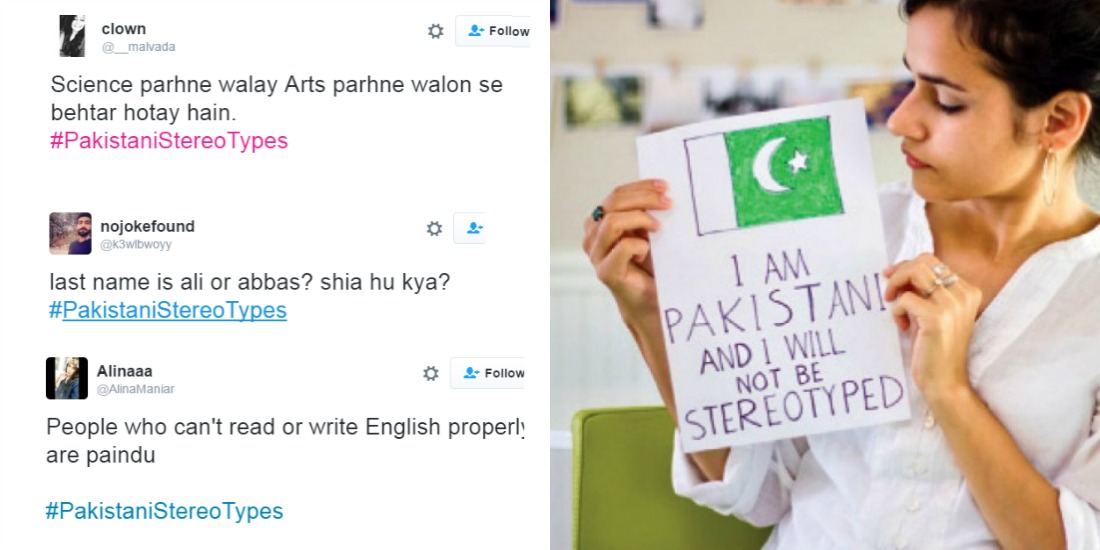 In Pakistan, following stereotypes is a well-known form of expression. People with no ideas or an approach to life, where they think out of the box, hardly exist. For decades, certain stereotypes have been going around in the country and have prevailed in the form of a popular public opinion.

According to the people of the country, these are the most common Pakistani stereotype that may or may not need to be broken. 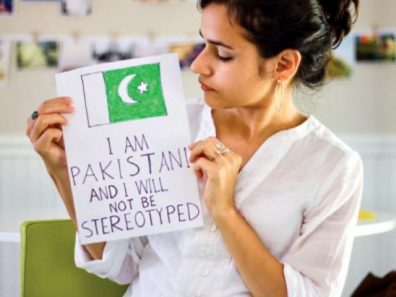 1. The stereotype about rape victims staying quiet because if they speak, they’ll be harming their own image

That rape victims should remain quiet after the tragedy b/c Izzat ka sawal haai!!#PakistaniStereoTypes

2. The stereotype that science is a better field than arts – we have stopped paying respect to knowledge

3. The stereotype where boys get to do whatever they want and when girls do it, it’s considered wrong. #Hypocrisy

He is a boy, he can date anyone he wants.
She is a girl, she cant date because she is a girl#PakistaniStereoTypes

4. Syeds will only marry in Syeds – this way, the Syed name will go on through Syedi…

5. If a guy does it, it’s okay. When a girl does it, she has false morals and no respect for herself

If a woman is posting her photos on social media and talking to boys,
She has a loose character!#PakistaniStereoTypes

6. The stereotype where NAB says ‘Say no to corruption’ but you don’t because you’re fat…

7. A stereotype backing this stereotype is: “Girls should get married at a young age!”

8. The stereotype where a ‘white’ bahu who can cook and is a doctor, driver, plumber, guard, cricketer, and a transformer is necessary, na!

#PakistaniStereoTypes aunties demand be like: gori bahu ho or Dr b ho or 20 saal ki ho for their chand sa beta 😂

9. When girls write compliments for guys they are being nice, but when a guy does it, ewwww yeh toh maila hai?

If a boy comments *Nice pic* on a girls display then he is called maila. #Pakistanistereotypes

These are the stereotypes that have been around for decades or may have emerged after the advent of Social Media in Pakistan. Either way, it is about time that these hysterical stereotypes are broken and we see ourselves knit in the 21st century, which calls for equality, justice, respect and most importantly, an end to discrimination of any sort. More power to the people already breaking these stereotypes.

6 Reasons Why We Should Look Up To Mr. Bean For Life Advice!
These 16 Unbelievably Dumb Questions Asked On The Internet Will Make You Question Life
To Top