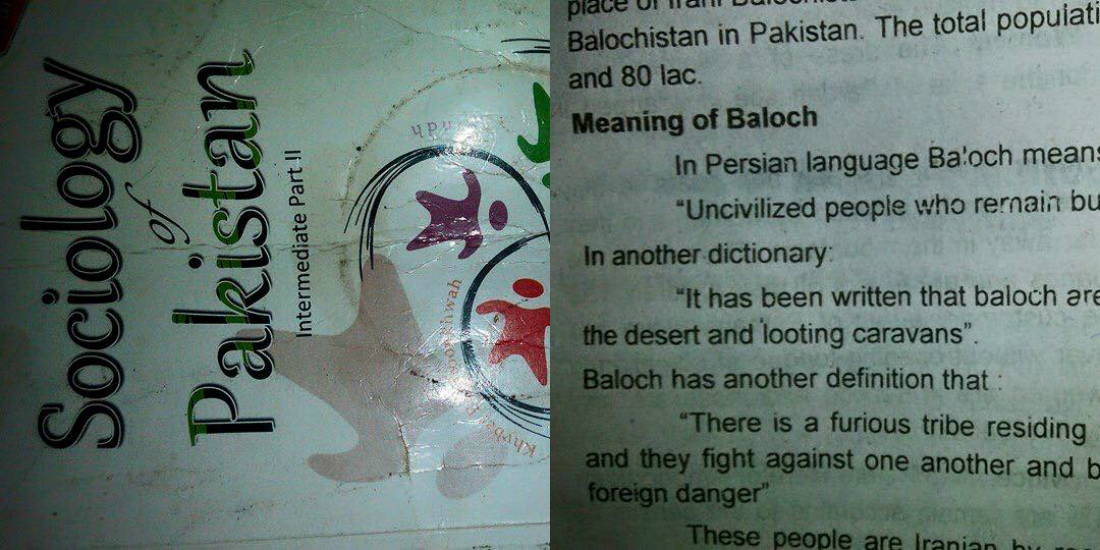 If you think you’ve seen it all, believe us, you don’t have the slightest bit of idea. You’d be shocked to know what an Intermediate Part II Punjab textbook is teaching the innocent minds – ethnic hate towards the Baloch people! 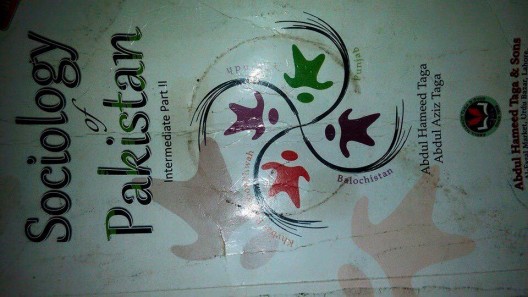 The textbook which is called Sociology of Pakistan, written by Abdul Hameed Taga and Abdul Aziz Taga, is directly targeting the Baloch people, labeling them as animals – completely ridding the forever rich Baloch culture and history. According to the textbook, the meaning of Baloch is as following:

“Baloch are uncivilized people who remain busy in fighting and killing” – It has been written that “Baloch are those people who lived in the desert and looted caravans”.

In another meaning it says: “There is a furious tribe residing on the bank of river Indus and they fight against one another and become united against any foreign danger” 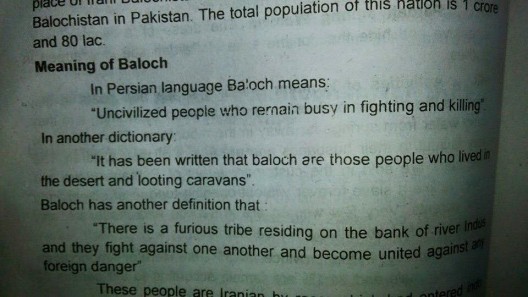 The Baloch have been labelled as uncivilized people who fight and kill – will the authors of the textbook remind us of all the times when Baloch occupied somebody else territory and killed their people or is it the other way round.

Baloch live in deserts and loot caravans – Which desert do the authors speak of? The same deserts of Balochistan that provide gas to Punjab and the rest of Pakistan through Sui fields? Or the Saindak and Reko-Diq copper-gold mines that store resources in abundance? Or the million other natural resources that Balochistan holds in its cradle; which desert exactly? Coming on to looting caravans; Balochistan has been looted back and forth since joining hands with Pakistan, the voices, however unheard – along with thousands gone missing.

The furious tribe that fights among each other – We wonder how furious the Baloch are as people that they’ve distinctively made a Punjab textbook spread blatant lies and open ethnic hate.

However, the fact of the matter remains – young, blossoming and soft minds are being taught something that is NOT true, false and disgraceful otherwise. These young students will grow up to hate an ethnicity that isn’t even able to earn two proper meals. This is an attack on the integrity, pride and culture of Baloch and Balochistan. Shameful, disgraceful and demeaning.

So much for ‘Parha likha Punjab hamara’ – serious steps need to be taken in accordance and such mala fide authors need to be shown the door. Unexceptional! Spread the word and stand shoulder to shoulder with your Baloch brothers, who have sacrificed a lot for this beautiful country we call Pakistan. End to ethnic hate.