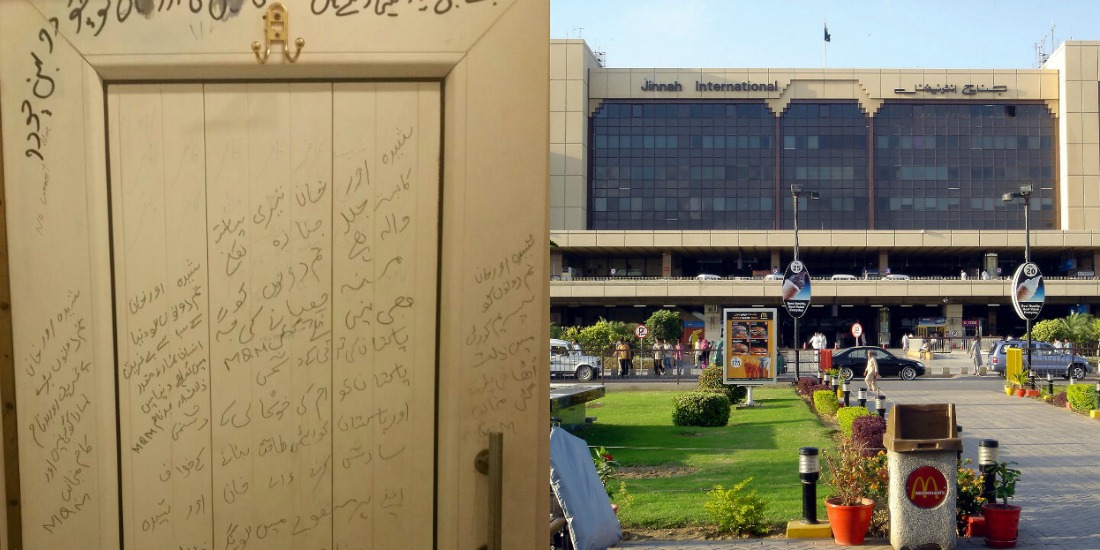 The biggest and most renowned airport of Pakistan, the Jinnah International Airport, was named after the founding father of the nation. The JIA is also the busiest international and domestic airport of Pakistan. However, the people that have been visiting the airport seem to have too much spare time at their end. 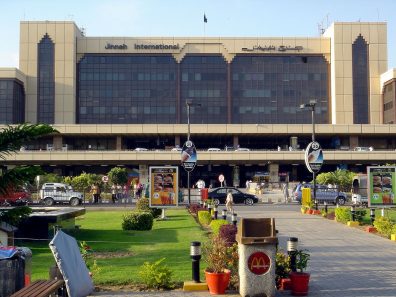 This is what the Jinnah International Airport public washroom looks like 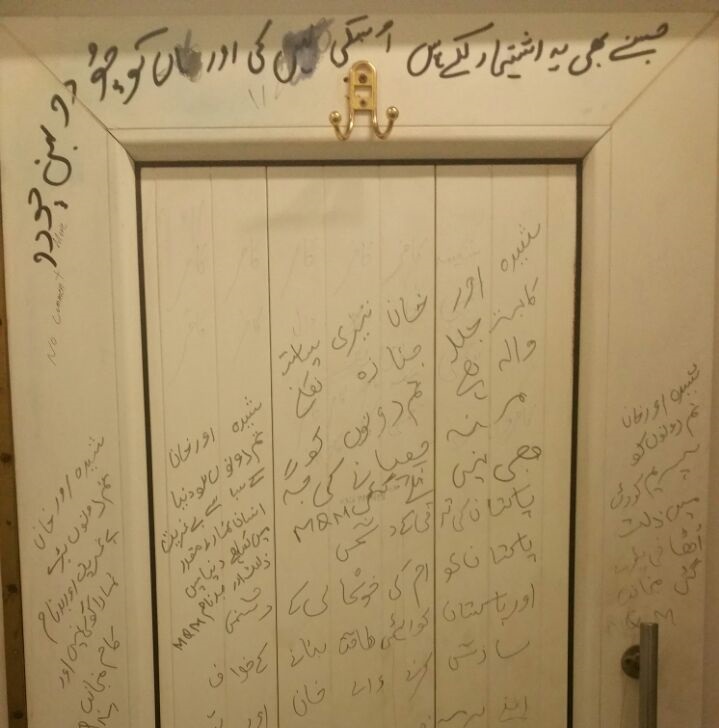 What do you do when you get a lot of free time and your flight is not due for another couple of hours? Well, the person who worked on the above masterpiece says that you best spend it inside the washroom and literally bring everything out of yourself.. all your feelings and other things.

Who needs GEO and BOL when you’ve got political analysts struggling inside public washrooms. The political slogans seem to be saying, “Imran Khan and Sheeda Talli (Sheikh Rasheed) are the worst in the world and instead, they blame MQM for everything that is bad in Karachi.”

No wonder, it is an MQM supporter who wrote this, no other political worker or analyst could be writing all this under pressure. The note further says, “Sheeda and Imran Khan, you will suffer your fate at the hands of the Supreme Court of Pakistan!” 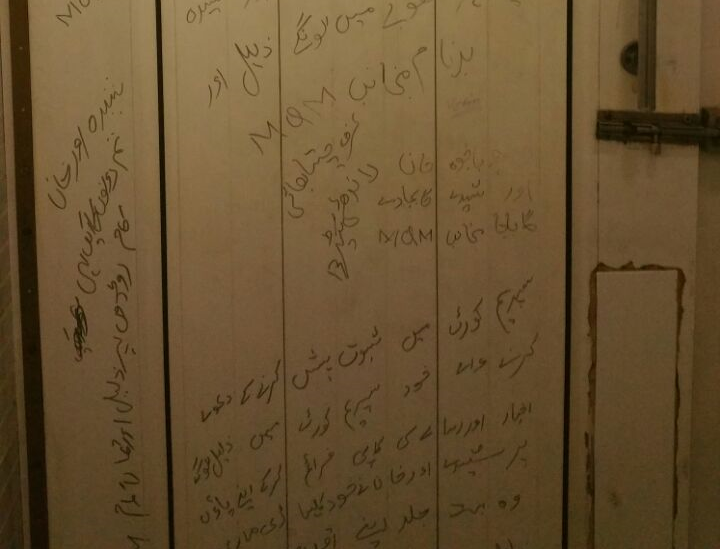 The political debate continues, just as the writer’s proceedings in the washroom do. He further takes out his anger on PTI and Sheikh Rasheed, whilst defending his mother-party, which evidently here is MQM. The text written on the door does not matter. It does not matter if the writer is a PTI supporter, an MQM supporter, a PML-N supporter or a PPP supporter – what matters is that this is one of Pakistan’s finest airports and the audacity we have to ruin everything that might put a good impression on the world.

Every day, hundreds of foreigners come to Pakistan via the Jinnah International Airport, Karachi. Out of the hundreds, at least a dozen or two must require a short trip to the public washroom. Imagine the impression they would take out of the condition of the washroom. The authorities, in this case, cannot be blamed. When the people themselves do not give two ‘shits’ about public property, it should not be their headache too.

One by one, political enthusiasts should ruin every public property of Pakistan. Let us wait for the day they decide to go and wall-chalk Quaid-e-Azam’s Mazar and write ‘Jiye Altaf’ on it.