Pakistan Tehreek-e-Insaf government completed its two years in parliament last week, since coming to power in 2018, several events have eroded the hope that PM Imran Khan had evoked a few years ago of transforming Pakistan. The public now seems to doubt his ability and leadership to tackle the multiple challenges the country is facing.

As the second year of PTI government comes to an end, a notable decline is seen in meetings of the National Security Committee (NSC). Earlier today, PML-N Chief and Leader of the Opposition in the National Assembly Shehbaz Sharif tweeted about PTI’s mismanagement of national affairs.

2 years of PTI government have been an unmitigated disaster. From foreign policy to economy to governance, IK’s mismanagement of national affairs has increased the woes of the masses manifold. People continue to pay heavy price for this failed experiment in political engineering.

According to the National Assembly website and the Printing Corporation of Pakistan, PTI has been able to sail through 21 bills, from August 2019 to date. However, at the same time, it promulgated 30 Ordinances. In the first parliamentary year after the July 2018 general election, the PTI-led parliament passed seven bills, while seven ordinances were promulgated by the government.

Two years of economy and the health sector

In two years of the PTI government and Imran Khan as our PM, Pakistan recorded the highest-ever remittances from overseas Pakistanis in July 2020, reaching $2.768 billion. Moreover, according to official data, the government was able to avert the Balance of Payments (BoP) crisis through effective long term policies. The current account deficit was $19.9 billion in 2018 and is now at just $3 billion. 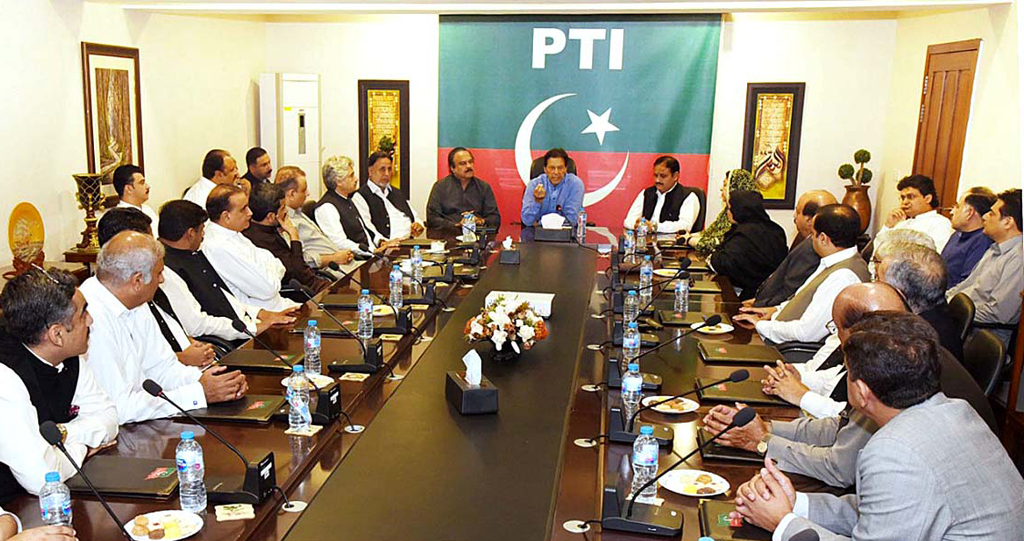 Moreover, the government introduced cheap loans to assist small traders so that they would not have to fire their staff due to a lack of funds. Apart from that, it also provided relief to traders by paying their bills for three months

Discussing the “unprecedented” challenges posed by the novel coronavirus to Pakistan’s economy and the health sector, Minister for Planning, Development and Special Initiatives Asad Umar explained how the government dealt with them.

However, if we talk about the setbacks, in these two years there has been a massive decline in the GDP growth rate. In addition to this, the GDP growth rate registered a decline from +5.8pc in 2018 to -0.45pc in 2020. This led to millions of people losing their jobs and pushed below the poverty line. Not only this but the per capita income also went down abruptly.

While taking the performance of PTI in 2 years to Twitter, Shehbaz talked about how PTI has taken more loans in just two years compared to PML-N’s full tenure.

Exports & tax collection have stagnated over the last 2 years. Govt has yet to surpass the tax & export targets achieved by the PMLN during its tenure. PTI has taken more loans in just 2 years than taken by PML-N during its full tenure. “Reforms” in FBR is still a shallow claim

Furthermore, it comes off as no surprise that with two years in power, PM Imran turned out to be all talk and no action. Be it foreign policy failures, unemployment, corruption, democracy, or human rights sufferings, the economy has only worsened.

In fact, even in the initial year of PTI, finances declined further with budget deficit soaring to Rs3.45 trillion or 8.9% of the volume of a national economy owing to its utter failure to improve revenues and control expenses.

Besides the bomb of inflation that the PTI government dropped on the nation, there have been many other setbacks. Imran Khan began with a 100-day plan, and now two years come to an end, and no promise or commitment has been fulfilled.

Meanwhile, Dawn has monitored PTI’s progress on major promises it made during the 2018 elections and in the last two years. According to its report, while more than 30 promises are reportedly in progress, six lie in limbo, only one has been fulfilled and five others are partly finished. 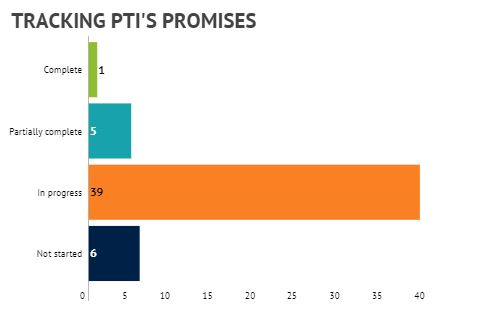 It says the promise of tackling corruption has been completed by PM Imran and team in two years. While those regarding affordable housing, facilitating overseas Pakistanis, minority rights, police reforms, and crime control are partially complete.

The only promise that the PM Imran has fulfilled till now is to build a special task force to recover the looted national wealth. Whereas, the other 50 promises are yet to be fulfilled. We hope the next year will be a better year for both PTI and Pakistanis.