Welcome to 2018! What can an oracle parrot do that human psychic cannot?

Do their job right! Psychic animals are a thing now and every major sports tournament features one. Remember Paul the Oracle Octopus during FIFA World Cup 2010?

Now there’s a psychic parrot in Pakistan whose kickass predictions are becoming the talk of the town! 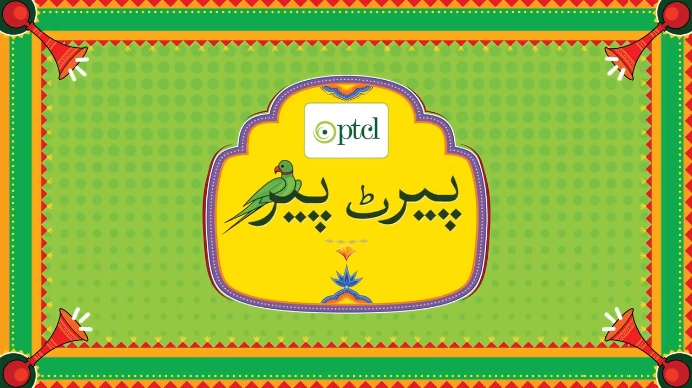 Meet “Parrot Pir”, a psychic parrot brought to us by PTCL

We thought once all the teams have played each other, there would be some clarity in the league. But it's only gotten more intense for all the provinces. Tension se majboor, PTCL ne bulwa lia hai apna backup! #ParrotPir #PTCL #PSL

This is not your average parrot. He has taken a toll on social media with his accurate predictions of PSL matches.

PSL, our homegrown league continues to enthral us with every exciting match. Pakistanis are on a roll with their passion, the cricket fever continues to grow and the atmosphere is absolutely slithering! Safe to mention, this whole positive atmosphere of sports is a well-awaited chance every year!

Watch how smoothly the parrot goes and picks up the team he fancies to win… THIS IS CRAZY!

The odds are with our parrot, who can give you a sneak peak with the findings of his beak, as to who will win the match! #KitnRolaDaalega #ParrotPit #PTCL #PSL

He has got his predictions absolutely correct so far!

Many eyebrows were raised when he rather picked Islamabad United over Karachi Kings because obviously, Karachi was on a winning streak. But we saw the result and Parrot Pir was right after all!

Ding ding ding, and we have a winner! The Parrot has spoken! #PSL #ParrotPir #PTCL

It’s fascinating to watch how he does it every time…

Multan Sultans on the top of their game and the points table, will be meeting their sixth challenge and hopefully their fourth win of the league! #ParrotPir #PSL

PTCL has always been a flagbearer of a positive prospect of cricket in Pakistan. It continues to bring together efforts and has invested in the future of cricket. On the other hand, we are absolutely excited about Parrot Pir’s insane predictions!

It has always felt difficult when the parrot picks the other team over ours. Despite, we keep our hopes high and enjoy the emphatic showdown that every match of PSL brings.

Parrot Pir’s predictions are quite interesting as well as exciting! Let’s see how everything goes along as PSL 3 continues…

PSL 2018: Five Ways to Show Support with Pakistani Cricket!
This Guy Pretended to be an Army Officer and Managed to Troll FC College University in Lahore!
To Top