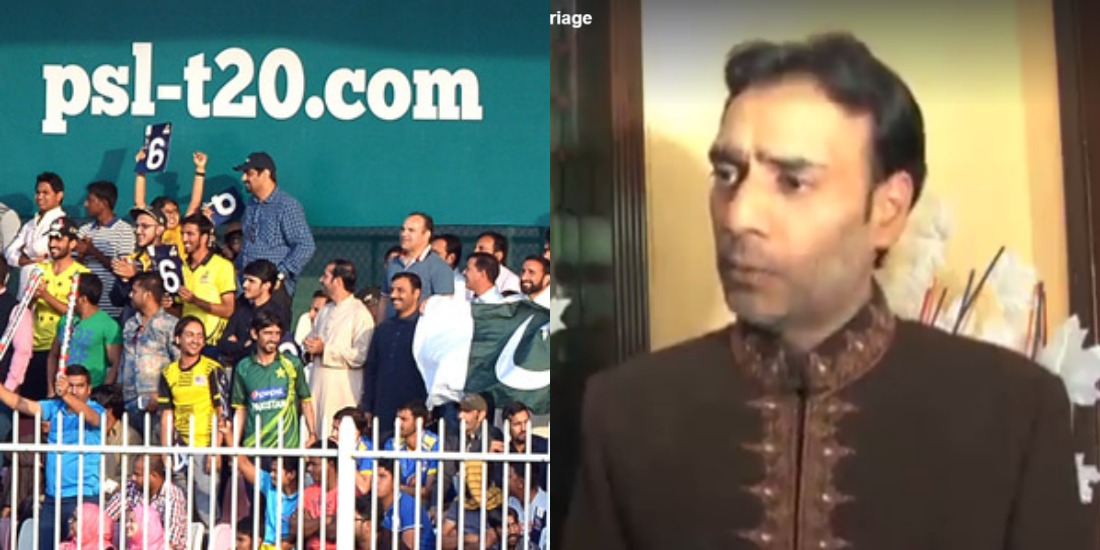 The Pakistan Super League season 2 has been in full swing since its start this year and the country has gone absolutely nuts amidst the PSL fever. While all the matches of the PSL-2 were held in the United Arab Emirates, the PCB and PSL management thought it would be best to hold the final in Lahore, Pakistan.

The move has been questioned by many people, even stakeholders. However, one man from Lahore actually has the right to question and claim that the PSL final should not be held in Lahore. Meet ‘Dulha-Raja’, the guy who was to get married on the 5th of March, the day PSL final has been scheduled for. As per Punjab Government, all marriage halls and other services are to remain closed on the 5th of March due to the PSL final at the Gaddafi Stadium.

The marriage has now been postponed until 27th March and the groom, even though in high spirits, might not be truly happy. “I was to get married on the 5th of March, suddenly the PSL final was announced and there’s a wave of excitement around the country, but due to it… I cannot get married on the decided date now,” said the groom-to-be.

“I am happy that cricket is coming home but also sad about the postponement of my marriage,” he added.  The groom-to-be, with all the media attention, is not ready to spare anyone. Thus, he requested and demanded, sending an open invitation to the winning team, whoever it is. The team that wins the PSL-2 in Lahore on  5th March is invited to Dulhe-Raja’s wedding on the 27th March 2017.

“My wedding has been postponed because of the PSL, it is my request to the winning team, you are invited to my marriage on 27th March,” said Dulhe-Raja. Also, all the marriage halls near Gaddafi Stadium stated that they would work in accordance with the Punjab Government’s directions and would assist in every possible way.

It is also being debated by senior analysts and journalists that holding the PSL final in Lahore wasn’t the need of the hour. Already, all foreign players from finalists Quetta Gladiators have already declined coming to Pakistan. Along with commentators and promoters. Even the technology being used to cover the PSL thus far, the company which was operating, has declined to come to Lahore for the final’s coverage.

Amidst all these NOs, was it so important to get a YES for the tournament’s final? What do you think? Share with us!

The KP Government Is About To Ban Dowry And It Is Absolutely Amazing!
One Girl Took Revenge On The Guy Who Cyber-Stalked Her In The Most Unexpected And Unpredictable Way!
To Top