Electrifying cricket lovers break the internet again with a notable sale of PSL tickets. After the announcement of the PSL 2020 online tickets selling date, the fans eagerly waited for the opening time, and when the moment arrived, they surprised everyone as the cheapest ticket of Rs 500 was sold out in just 20 minutes after the opening.

However, the excitement for the game is all around because this is the first time in history that all the actions of the field will be witnessed live on the home grounds. 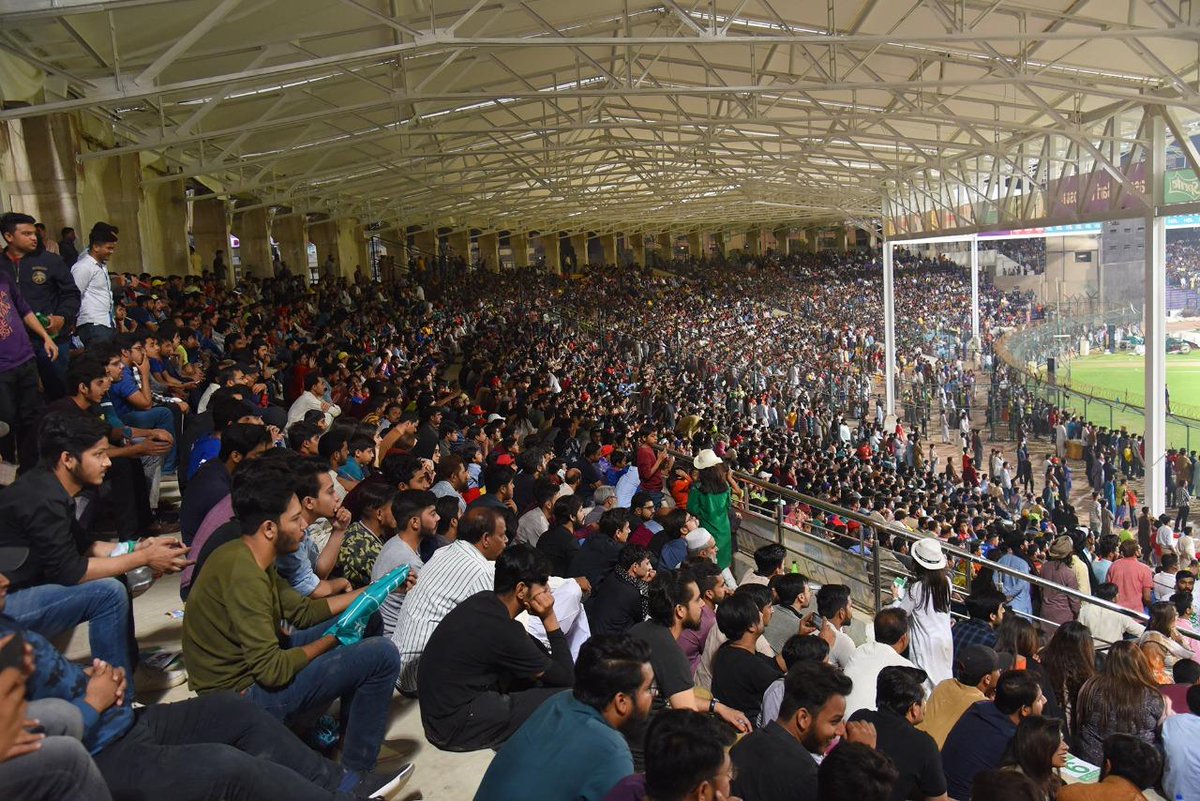 Apparently, all 34 matches of the league will be played in four venues across the country. Among them, Karachi will host 9, Lahore 14, Multan 3 and Rawalpindi will host 8 matches. The PSL is scheduled to start from 20th February and lasts till 22nd March.

In this regard, the first phase of ticket selling has started from Monday at 8 pm online at Yayvo. However, general tickets will be sold from 28th January through dedicated TCS express centers across 38 cities of the country.

Although the good news is that, this time, PCB has increased the limit of ticket purchasing on an individual. Previously, a person holding a NIC would be able to buy only 5 tickets, but now, they can add two more. Each customer can purchase 7 tickets per match on one NIC. In order to provide more convenience to the purchasers and giving the fans an enhanced experience this year, a 24/7 helpline is launched to provide customer assistance regarding the ticketing process.

Apparently, the PCB tried its best to range the ticket prices as convenient as it can. However, the cheapest one is available in PKR 250, while the VIP enclosure ranges between 1000-6000 Pkr. 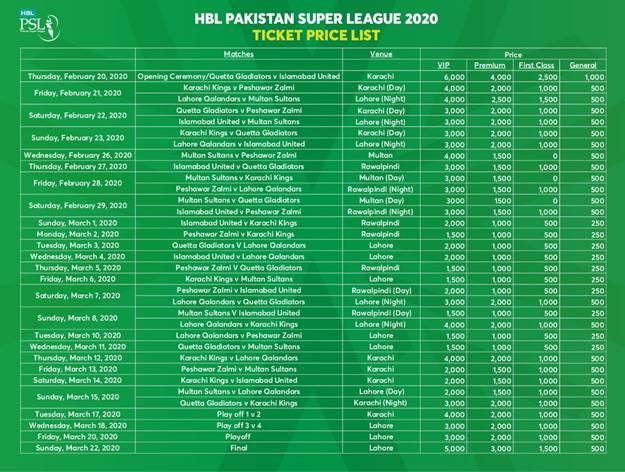 Meanwhile, PCB spokesman stated in an announcement that the price of the tickets was set after a meeting in which the board reviewed the power of the general public. And after focusing on the affordability of the fans, they finalized the price list.

“We promised to focus on fan experience for HBL PSL 2020 and I am delighted that we are launching a streamlined ticketing process with almost one month to go in the tournament. We are keen to offer our hospitality to the world and will encourage our fans from across the world to avail this opportunity and plan in advance.”

Later on, he added that HBL PSL is largely loved by everyone and received exceptional response from the Pakistani cricket fans. Right now, their main focus is to turn the numbers big to show the world how Pakistanis are passionate about the game.